THE MURDER of young philosophy student Daniel Tupý by alleged skinheads not only incited massive protests against neo-Nazism but it also resulted in the ousting of two top police officials. 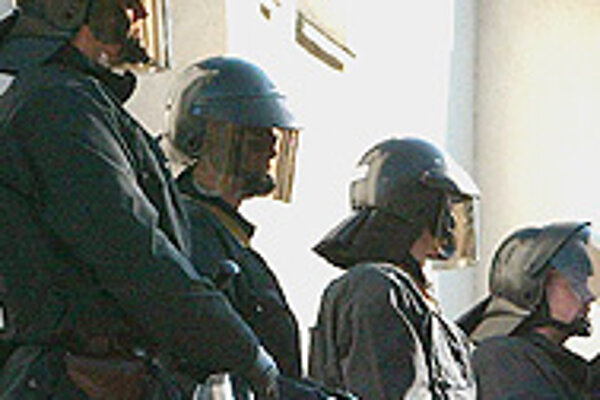 Font size:A-|A+0
THE MURDER of young philosophy student Daniel Tupý by alleged skinheads not only incited massive protests against neo-Nazism but it also resulted in the ousting of two top police officials.

Palko dismissed the head of the Petržalka district police, Štefan Božík, for failing to ensure sufficient order in the area where Tupý was stabbed.

The 21-year-old from Žilina was attacked at Tyršovo nábrežie, a traditional outdoor venue for rock concerts on the right bank of the Danube River near Starý most by a group of about 15 skinheads on November 4. Six other people were seriously injured and taken to the hospital.

A few days later, on the morning of November 12, eight skinheads on an express train heading to Bratislava threatened five high school students from Trenčín.

The skinheads and students boarded the same train in the western Slovak town of Piešťany. According to a TASR news agency report, the skinheads chose a compartment next to the group of students. During the journey, two of the skinheads started to disturb the students by knocking on their compartment door.

Alarmed, the students locked the door, at which point the skinheads started kicking the door and yelling, "Open up, anti-Fascists!"

The whole incident lasted around 30 minutes. One of the students accused the conductor of running away.

When the train made a routine stop in Leopoldov, the students shouted from their window for help but were ignored. Finally, one of the students managed to contact the railway police on his mobile phone. In Trnava, four policemen boarded the train, at which point, the two most aggressive skinheads ran off.

Police caught the remaining six skinheads. The students were shocked when the skinheads directed a death threat at them in the presence of police and the police did not respond.

The police are investigating the incident and assured the public that if any failure is found on the part of the police, the officers will be penalized.

The night previous, on November 11, 19 young men espousing extremist ideas and dressed in the skinhead style, attacked patrons at a bar in Piešťany with stones, knives and burning trashcans.

As a result of these incidents, the Interior Minister sacked the head of the Trnava police section. The minister said that the police officials failed to impose tough enough penalties on the offenders.

Palko met with top police officials from around the country and stressed the need to take tougher measures against the skinhead movement.

Meanwhile, the prosecutor in Trnava charged the 19 men who ransacked the Piešťany bar with violence against a group of people and individuals, rioting and supporting and promoting organizations that oppress human rights and freedoms.

According to Martina Kredatusová, spokesperson of the Trnava regional police, three of the young men are likely to be charged with assault causing bodily harm. If the accused are found guilty, they could be jailed for up to five years.

The human rights group making the loudest call for action against the growing neo-Nazi movement is People Against Racism.

"We asked Minister Palko and the police to take a responsible approach to the problem of neo-Nazism. It needs a prompt solution, as it is an increasing problem with the number of attacks on the rise. We appealed to the police to intensify their patrols in cities," People Against Racism's spokesperson, Jaroslava Farkašová, told The Slovak Spectator.

People Against Racism is a member of the ministerial commission for the elimination of racially motivated crime, a body created within the Interior Ministry. So far the group is satisfied with the cooperation of the various police divisions within the commission.

Political groups are also involved in the commission. Says Farkašová: "It is a challenge for politicians, not only because elections are nearing, but because neo-Nazism is a serious problem."

Farkašová's organization wants to see concrete steps taken by the parties to eliminate hate crimes. "There is no evident sign that someone [the political parties] is determined to solve the problem," Farkašová added.

People Against Racism continues to record increasing number of attacks by skinheads and neo-Nazi groups within Slovakia.