WITH only a week to go before the Slovak government officially puts its six national heating companies up for sale, 10 companies have come forward as strong potential buyers. 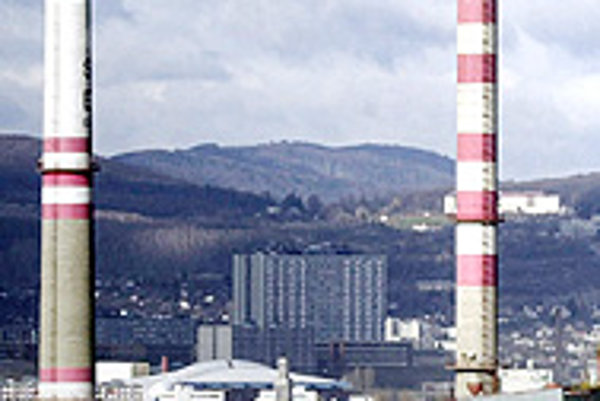 Font size:A-|A+0
WITH only a week to go before the Slovak government officially puts its six national heating companies up for sale, 10 companies have come forward as strong potential buyers.

The privatization deal, worth an estimated Sk4 to 5 billion (€104 to 130 million), is considered one of the last large privatization deals in Slovakia. Investors are bidding on heating utilities in Bratislava, Košice, Žilina, Zvolen, Martin and Trnava.

The country's privatization agency, the National Property Fund (FNM), is expected to announce the tender in late November.

"The privatization advisor is close to completing the information packages that the bidders will receive, along with the conditions of the tender," FNM spokeswoman Tatjana Lesajová told The Slovak Spectator.

According to Lesajová, offered price and promptness of payment will be among the deciding factors.

The privatization deal should be wrapped up by the end of the first half of 2006 at the latest.

"There will be separate tenders for each heating plant, which will be announced at the same time as the tender conditions. Investors can bid for several companies. Moreover, an investor can win in more than one tender," Lesajová said.

The FNM spokeswoman believes investors will show the greatest interest in Bratislava's and Košice's plants.

In mid October during his trip to Bratislava, the French minister of foreign affairs, Philippe Douste-Blazy, said that France had an interest in the upcoming privatization of Slovakia's heating plants. Currently, France is the second biggest foreign investor in the country. Representing France could be French company Dalkia, which has operations in Slovakia.

In early November, the Czech heating company MW Energie CZ, a part of the Mannheim-based German concern MVV Energie since 1999, said that it was also interested in acquiring an interest in Slovakia's heating plants. MW Energie CZ is considering making an offer on all six heating companies up for sale.

Penta Investments, which has fingers in the energy sector pie through its involvement with Bratislava's steam gas cycle (PPC), is also a runner-up in the tender; along with German power group VNG - Verbundnetz Gas.

Slovak gas giant Slovenský plynárenský priemysel (SPP) might have its eye on the Košice heating plant.

The Slovak cabinet approved the format for privatization sale in early September, with a 51-percent stake in the heating plants to be sold directly to a strategic investor. The remaining 49 percent of the shares will remain in the FNM's control.

The FNM originally proposed selling 67 percent of each of the six heating companies to a strategic investor.

Finance Minister Ivan Mikloš said on September 7 that the future of the remaining 49 percent of the shares would be determined later.

According to him, local municipalities are expected to receive at least 34 percent of the heating plants' shares free of charge.

Two plans for the remaining 49-percent stakes are under discussion. The state will either transfer 100 percent of the remaining share package to towns and villages for free, or it will transfer most of it to towns and villages for free, reserving a portion of the shares, probably 15 percent, to sell to strategic investors or liquidate on the stock market.

However, Economy Minister Jirko Malchárek indicated that he would like to see the remaining shares end up in the hands of the towns.

"Considering that these are activities directly interconnected with the towns, it would be good if we transfer the 49-percent package to them," he said. On November 17, the minister confirmed for the media that he would in fact support a proposal transferring the 49-percent shares to towns and villages.

The Union of Towns and Villages has been lobbying for a full 49-percent share in the heating companies. The union fears that if towns fail to keep share control over the utilities, heating prices might increase.

Former Labour Minister Ľudovít Kaník supported selling a portion of the shares on the Slovak capital market to revive trading. Within the pension reform, pension savings companies are obliged to invest 30 percent of their assets in Slovakia. Without a lively stock exchange, such investment might be increasingly difficult.

Mikloš already has an idea on how to use potential revenues from the eventual sale of the heating companies: lower the state debt and support pension reform.