ARS Poetica, the international poetry festival that took place in Bratislava from November 2 to 12, featured poets from 14 countries. The first evening saw four British poets reading their works, among them Robert Minhinnick. The highlight of the opening ceremonies was the launch of the latest edition of Poetry Wales. 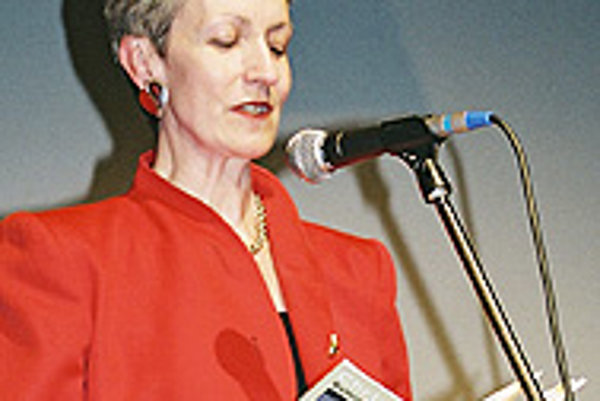 Font size:A-|A+0
ARS Poetica, the international poetry festival that took place in Bratislava from November 2 to 12, featured poets from 14 countries. The first evening saw four British poets reading their works, among them Robert Minhinnick. The highlight of the opening ceremonies was the launch of the latest edition of Poetry Wales.

This issue of the magazine, one of the leading poetry journals in Great Britain, features English translations of eight contemporary Slovak poets, including Ars Poetica organizers Peter Šulej and Martin Solotruk, plus an essay on post-Velvet Revolution Slovak poetry by Ľubica Somolayová.

Peter Šulej sat down with The Slovak Spectator to talk about how the Welsh-Slovak cooperation came about. "It all started in 2003 when we invited Welsh poet Owen Sheers to the [Ars Poetica] festival. Through my small publishing house, drewo a srd, I cooperate with Welsh Literature Abroad, an organization based in Aberystwyth that promotes Welsh poetry," explained Šulej. "With the help of the British Council, we managed to go over to Wales and meet some Welsh poets. This issue of Poetry Wales came out of that."

The English versions of the Slovak poems were created from initial rough translations. Each Slovak poet had their work interpreted by an English-language poet. Translations of works by Šulej and Peter Macsovszky are by Ian Davidson; Nóra Ružičková and Mila Haugová by Zoe Skoulding; and Lyndon Davies translated Michal Habaj and Martin Solotruk. Also featured in the magazine are Ivan Štrpka and Ivan Laučík, translated by Alex Barr and Richard Gwyn, respectively.

"Translation is always a difficult process. The Welsh poet had to work with the poems, play with them, and then send them back. Then they got corrected and sent back again. The essay was also written in Slovak, and Robert Minhinnick had to add some context because in general, Welsh and British people don't even know where Slovakia is," said Šulej.

The Slovak poet-cum-publisher admitted that in translation there is a cultural divide to overcome. "I think there was a barrier but this was an experiment, a first step, and it isn't just a question of culture. A lot of the poems are not 'artsy' but represent nitty-gritty life in Bratislava, and Slovakia as a whole. Everyday life in Bratislava is completely different than in Cardiff, for example."

The Slovak poetry featured in the magazine is written in free verse. Some of it is experimental and much of the subject matter lies outside the bounds of traditional verse. The final English-language versions in Poetry Wales are interpretations rather than direct translations.

Šulej, who has published six volumes of his own poetry, said that he tries to test "what poetry can bear". He holds up an imaginative microscope to the universe and tries to observe it objectively.

"I ask some basic questions about mankind in my poetry. Why are we here and where we are going? It is more about science than God, and I experiment with form and try to percei ve things from unusual angles, which generates questions about the world we live in," said Šulej.

The two female Slovak poets represented in Poetry Wales, Ružičková and Haugová, are from different generations. Ružičková is a young poet while Haugová is a "contemporary classic", according to Šulej, who has been translated into English and published in the UK.

Šulej hopes that the "experiment", the Welsh-Slovak cooperation, will continue. He thinks Wales and Slovakia have much in common.

"They are small countries with some historical parallels. Small cultures like ours are less hermetic. We have to be open to other cultures."