Festival travels on with Ewart's films

THE ONE World festival ended in Bratislava but continues its tour through other Slovak regions (see www.jedensvet.sk). Though each destination makes its own selection, several will screen the strong human tragedies narrated in This World: Access to Evil and the Children of Beslan, two films made by the investigative BBC journalist of Polish origin, Ewa Ewart, who was visiting Slovakia for the first time. 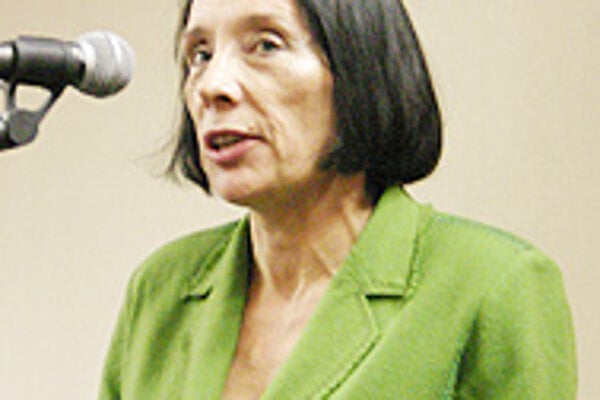 THE ONE World festival ended in Bratislava but continues its tour through other Slovak regions (see www.jedensvet.sk). Though each destination makes its own selection, several will screen the strong human tragedies narrated in This World: Access to Evil and the Children of Beslan, two films made by the investigative BBC journalist of Polish origin, Ewa Ewart, who was visiting Slovakia for the first time.

The award-winning docu-mentary filmmaker says the initial ideas for the films were different. In the case of the North Korean documentary (Access to Evil), Ewart wanted to shed more light on the nuclear isolation of the country. But unable to break the silence on either the Korean or the US side, she changed the subject. When she travelled to Beslan in November 2004, two months after Chechen separatists laid siege to the school, she realized that the children had powerful stories to tell.

"The story truly belonged to them. Never before had such a high number of children [186] died as a result of a political game," Ewart said. She spoke to around 140 children. "They wanted to share their stories. They were happy to see that after months there was someone who wanted to listen to them."

The stories they told challenged Ewart's emotions and professionalism. She has been making documentary projects for 14 years, but Children of Beslan affected her the most.

"My role is to make sure that the public is presented with the subject in the best possible way, but I am also a human being. Sometimes these roles are very difficult to reconcile. I try to be professional on location but I always pay the price later once it is all over," says Ewert.

When Ewart starts working on a topic, it takes weeks of research and very careful preparation before she starts filming. She talks to as many people as she can. Although she has a plan of what kind of film she is going to make, she does not stick to it rigidly. "It's always good to be flexible, as you never know what you are going to find at the location and how your topics will have to change."

What she finds is powerful and of great interest to the general public.

"They are topics people should know about," she says.

JAMES Miller's (UK) documentary Death in Gaza received this year's Viewer's Award at the One World festival. The film captures the situation in Gaza, which is under Israeli military occupation, and records "the way ordinary children grow up in extra-ordinary conditions". While making the film an Israeli soldier shoots and kills the director, the father of two small children.