FILMMAKER Martin Šulík, one of the most important Slovak directors of the 1990s, is one of the few directors in this country to flourish during the transition between Communism and capitalism following the Velvet Revolution. 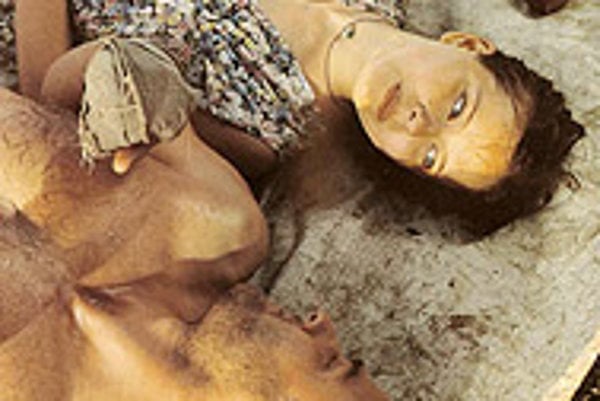 Font size:A-|A+0
FILMMAKER Martin Šulík, one of the most important Slovak directors of the 1990s, is one of the few directors in this country to flourish during the transition between Communism and capitalism following the Velvet Revolution.

The early 1990s brought rapid economic changes, followed by the privatization and eventual collapse of the state-owned Slovak film industry. This caught most of Šulík's colleagues unprepared. However, Šulík rose to the challenge, making some interesting films. His name continues to be synonymous with Slovak cinema.

To introduce Šulík's works to a foreign audience, the Tatra cinema in Bratislava is screening three of his feature films and one documentary from November 23 to 26. Two of the movies, Záhrada (The Garden) and Všetko čo mám rád (Everything I Like), will be shown with English subtitles.

People often view Šulík's debut, Neha (Tenderness), as a rather melancholy film. Unlike his later movies, it treats contemporary life and human relationships without irony.

His second movie, Everything I Like, is the first of his works to signal a turn towards what would become his specific poetics - bitter humour, ironic dialogue and a touch of Slovak style magic realism. Also, one of the recurrent themes in his films is the relationship between fathers and sons.

The director's most famous film and the one that garnered the most critical acclaim abroad is The Garden. It is the story of one man's failed attempt to escape civilization.

The hero is trying to escape his past, represented by the city and by his father. He becomes a modern-day Robinson Crusoe, though not alone and not against his will. His attempt is a failure because his refuge - a house and a garden in the middle of nowhere, gets invaded by his father's and an old lover's visits, and what is more, a mysterious woman.

The documentary in the selection has a strikingly long title, Klíč k určování trpaslíků podle deníků Pavla Juráčka (The Key for Determining Dwarves or The Last Travel of Lemuel Gulliver). It is an hour-long film about Pavel Juráček, one of the lesser-known Czech filmmakers.

The title refers to Juráček's film shot at the end of the 1960s, Případ pro začínajícího kata (A Case for a Young Hangman) and the script follows Juráček's diary. A voice-over reading of diary entries describes real archive footage and footage shot by Šulík imitating 40-year-old, 8 mm film stock. Juráček is played by his son Marek. The film provides a unique view of the status quo in Czechoslovakia towards the end of the 1960s as seen through the eyes of a sensitive artist.