THE EUROPEAN Monitoring Centre on Racism and Xenophobia (EUMC) confirmed that the Roma face the most intense discrimination of any ethnic group within the enlarged European Union. 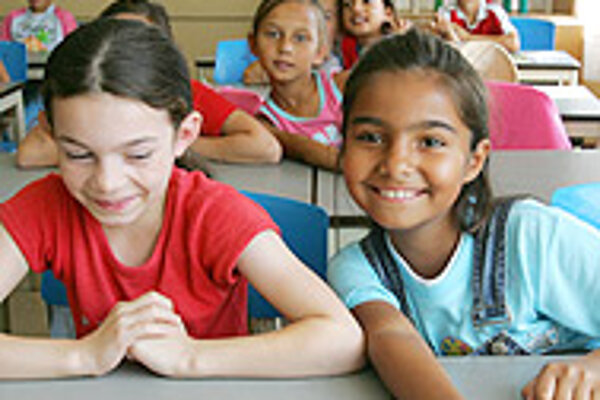 Font size:A-|A+0
THE EUROPEAN Monitoring Centre on Racism and Xenophobia (EUMC) confirmed that the Roma face the most intense discrimination of any ethnic group within the enlarged European Union.

In its Annual Report 2005, the centre urged Europeans to recognize that among the groups most at risk, the Roma face the most discrimination in employment, housing and education. They are also regular victims of racial violence.

Other groups often discriminated against in EU member states include migrant workers from Africa, the Middle East, Asia and Latin America. Muslims also face particularly challenging conditions in many member states, according to the EUMC report.

"Across the EU, the EUMC finds migrants and minorities overrepresented in the less prestigious employment sectors. Segregation in the housing sector is particularly prevalent in some member states. Also educational achievements of a number of migrant and minority groups lag behind the majority population," reads the EUMC report, which bases its findings on evidence of discrimination in employment, housing and education, as well as racist crime data.

"The report clearly shows that much work is still ahead of us", said

Anastasia Crickley, chair-person of the EUMC management board.

According to Crickley, although the centre acknowledges that some EU member states work actively to combat discrimination and exclusion, other states are slow at implementing directives.

She believes that the process of integrating minority communities into the mainstream can be accelerated and most member states have the capacity to do so.

One of the urgent problems in Slovakia identified by the report is the segregation of Roma children.

"There are frequent reports in Slovakia about the segregation of Roma children within the educational system. Many non-Roma parents enrol their children in schools with a low concentration of Roma children. This happens in the vicinity of Roma settlements. This leads to homogeneous classrooms - segregated Roma schools," says the report.

Currently, there are two ways to eliminate segregation in Slovakia. "One uses motivational means, while the other applies coercive means," reads the report.

The cabinet's appointee for the Roma community, Klára Orgovánová, has repeatedly complained about the intentional segregation of Roma children in certain Slovak regions.

"If a Roma child doesn't go to school because his or her parents do not encourage it, or if the child is not motivated to learn, that is one thing. But people should understand that in most cases, these children are kept in segregated classrooms, sometimes even in segregated parts of the school building. That is discrimination," Orgovánová told The Slovak Spectator in an earlier interview.

The cabinet appointee agrees with the findings of the report, that in Europe, the Roma are the most affected by poverty and discrimination.

The centre's annual report, however, acknowledges that Slovakia has been addressing the problem of discrimination. A new policy for Roma in primary education introduces the position of an assistant Romany teacher. It also creates auxiliary education programmes, reduces the number of pupils in a classroom and in some cases, teaches the Romany language.

The EUMC mentions that in response to Slovakia's tax and social reforms, which severely reduced social benefits designed to help the Roma, the country developed new programmes to take their place. The Construction and Regional Development Ministry, for example, developed an affordable housing programme to tackle the issue of marginalized groups living in shantytowns.

The EUMC acknowledges that the new EU anti-discrimination law has triggered some positive initiatives and measures among the member states. However, it maintains that most member states lack the means to monitor how their social and economic policies are affecting their ethnic communities.

"They are unable to assess how far they have come in breaking the vicious circle of deprivation, prejudice and discrimination. As a result, some ethnic minority groups may experience discrimination without adequate response from the state," said Beate Winkler, Director of the EUMC.

This year's annual report of the EUMC is the EU's first comprehensive overview of racist, xenophobic, anti-Semitic and anti-Muslim discrimination, and responses to it, to cover all 25 EU member states.

The EUMC is an independent body of the European Union based in Vienna whose goal is to provide the EU "with objective, reliable and comparable data at the European level on the phenomena of racism and xenophobia in order to help them take measures or formulate courses of action within their respective spheres of competence."

The EUMC grew from the Commission on Racism and Xenophobia (CRX), established in 1994, also known as the Kahn Commission. The Centre started its activities in July 1998.