VIKTOR Nižňanský, the cabinet's plenipotentiary for the decentralization of the state administration, considers the creation of the upper-tier territorial units (VÚCs) to be positive, despite the fact that they still need improving. 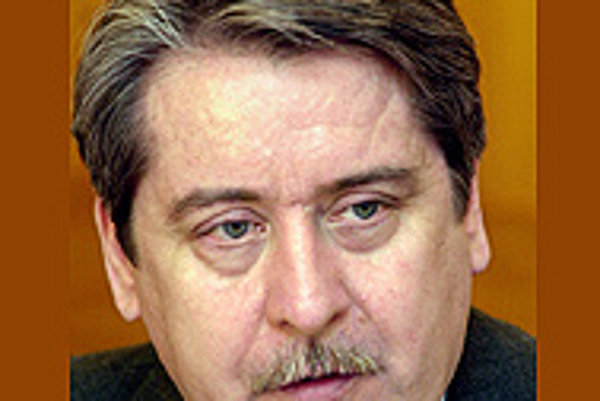 Font size:A-|A+0
VIKTOR Nižňanský, the cabinet's plenipotentiary for the decentralization of the state administration, considers the creation of the upper-tier territorial units (VÚCs) to be positive, despite the fact that they still need improving.

Ahead of the second VÚC elections scheduled for November 26, Nižňanský spoke to The Slovak Spectator about the process of building the VÚCs over the past four years, and lamented the expected low voter turnout.

The Slovak Spectator (TSS): How do you perceive the public's general lack of interest in regional elections? What are the causes, and can they be changed?

Viktor Nižňanský (VN): We all have a right, not a duty, to vote. The reasons why people do not exercise their rights are different, and it is difficult to generalize. Some people are disgusted with everyday politics. Others are happy without having to think about elections and whether a possible change will bring them greater happiness, and yet another group ignores elections as a matter of principle. Others feel nothing will change regardless of election results, and so on.

Add to this the [unfavourable] date of the election [it falls on a Saturday - ed. note]; the confusion of what the higher territorial units actually are or do; the candidate lists that were kept secret until the last moment, and the restricted activities of candidates in given areas; and the voter turnout could not realistically be expected to be any higher.

How to change this? Simple question, difficult answer. As long as Slovaks do not seem to care enough to vote for the administrators of their [municipal] property and their common money; as long as they do not feel the necessity to control these people who will be entrusted with the rights to do with their property and money what they wish; the situation will not change itself.

TSS: After watching VÚCs and their bodies in action for four years, what positive and negative aspects have you observed? Have the territorial units proven useful? What are the biggest shortcomings?

VN:After decades, ours was the first renewal of local administration on the regional level. Almost throughout the period during which they were taking over state competencies and assets, the VÚCs had to create their own institutions and deal with the shortcomings that were caused by the previous administration of our property by the state.

For three years they did not have any of their own finances and operated solely through funding. In other words, they had a minimum level of self-government.

Despite some negative aspects, the VÚCs did a lot of useful work, such as rationalizing and restructuring education, health care and road repairs, gaining sources from EU funds, preparing local land plans and development strategies, putting on regional cultural events, securing local bus transportation, increasing promotion and international representation, and many other things.

In the beginning, elected representatives as well as many employees were often unclear about many things, unlike those who will take office after this year's elections. They had less time to dedicate to their regions because they were busy taking over what had previously been state competencies. In a way, they were setting up new "firms".

Shortcomings certainly still exist. They are in communication with villages and voters as to how to improve, and there is also room for improvement in terms of skills and ethics. Not all elected officials understand their office through the eyes of a public servant, although they declare they do.

TSS: According to some, regional and municipal elections are even more important than the general elections. Your comment?

VN: At the moment I don't really think so. Slovakia is a state with a single legislative body. Despite decentralization, it remains very important for Slovak municipalities and citizens to see who controls the parliament. Whether these parties are in favour of a decentralized state or a group supporting state centralism is extremely important.

The central government defines the conditions for the municipalities. It is not guaranteed that a new government would allow the VÚCs to keep their responsibilities; it could, in fact, limit them. That is why it is very important that parties supporting self-ruling democracy win the next general election in order to continue the ongoing process of decentralization.

Municipal and regional elections are as important, but certainly not of bigger importance than general elections.