IT SEEMS the experience of shutting down the V1 nuclear power plant in Jaslovské Bohunice will be less financially painful to Slovakia than previously expected. The European Parliament decided to increase the amount of money it would pay Slovakia to decommission the plant to €400 million. 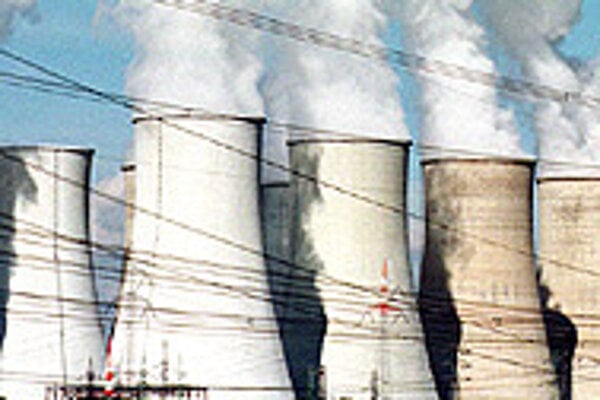 Font size:A-|A+0
IT SEEMS the experience of shutting down the V1 nuclear power plant in Jaslovské Bohunice will be less financially painful to Slovakia than previously expected. The European Parliament decided to increase the amount of money it would pay Slovakia to decommission the plant to €400 million.

Before Slovakia can receive the compensation package, however, all EU member states must first approve the European Parliament's decision.

The new compensation package represents a compromise between the €700 million figure asked for by Slovakia, and that of €237 million, which was initially proposed by the European Commission and approved by the European Parliament's committee for industry, research and energy.

If all EU members agree to the new €400 million compensation package, Slovakia would receive the money gradually over the course of the 2007 to 2013 budgetary period.

The total cost of shutting down the V1 nuclear power plant in Jaslovské Bohunice is preliminarily estimated at Sk50 billion (€1.3 billion). The shutdown is expected to reduce the country's power generation capacity by 19 percent and make Slovakia more dependent on electricity imports.

According to the compensation package, Slovakia is free to use the €400 million to offset costs associated with the liquidation of the old reactors, as well as to construct new nuclear reactors.

"EU assistance is not just foreseen for decommissioning the reactors but also issues related to the consequences of closure of Bohunice V1 for example, replacement capacity," the European Commission told The Slovak Spectator.

Slovakia's accession treaty with the European Union commits Slovakia to closing blocks 1 and 2 of the V1 nuclear power plant at Jaslovské Bohunice by 2006 and 2008, respectively.

In mid-October 2004, ex-minister Pavol Rusko proposed that the reactors be shut down simultaneously in 2008, instead of closing one reactor in 2006 and the other in 2008. The minister argued that shutting them down at the same time was a safer option than closing them in subsequent years.

When Rusko started lobbying for support, however, the European Commission made it clear that it would not tolerate any change in its accession agreements. Slovakia decided to focus its energies on getting more money for decommissioning instead.

European Commissioner Ján Figeľ was a major supporter of Slovakia's bid for further financial assistance. Others were against increasing Slovakia's compensation package. German Deputy Rebecca Harms voted against giving more money to Slovakia because she argued that that there were no safeguards in place preventing the country from using the funds to construct other nuclear reactors.

"It is evident that the deputy does not know the rules of providing such assistance. Essentially, it is impossible to use the funds for something other than for what they are intended. The Bohunice International Decommis-sioning Support Fund (BIDSF), established at the European Bank for Reconstruction and Devel-opment (EBRD), has strong control mechanisms," Slovenské elektrárne spokesman, Rastislav Petrech, told The Slovak Spectator.

The European Commission in a statement for the Spectator con-firmed the existence of strong control mechanisms.

"The Community assistance is currently delivered through the BIDSF, managed by the EBRD in London, to which the EU is the major contributor. Decisions on BIDSF projects are taken at a biannual Assembly of Contributors, at which the Commission participates both as Chair and as a contributor. Decisions are taken on the basis of consensus which ensures that the Commission has adequate financial and technical control over the use of the Community assistance," the EC said.

On November 16, 2001, the EBRD and Slovakia signed an agreement, approved by the EBRD Board of Directors, the Slovak Parliament and various EU member countries, which provided the legal basis for the BIDSF. Since then, the fund has received more than €134 million from the European Community, Austria, Denmark, France, Ireland, The Netherlands, Spain, Switzerland and the United Kingdom.

The BIDSF will pay for the costs associated with the early stages of shutting down units 1 and 2 of the Bohunice nuclear power plant. The agenda includes supporting a pre-decommissioning strategy along with establishing reliable physical protection systems to separate the decommissioned units 1 and 2 from the rest of the nuclear site, which will remain in operation. The BIDSF will also compensate for the loss of heating and steam supplies resulting from the shut down by paying for the reconstruction of an auxiliary boiler station at the Bohunice site.

Slovenské elektrárne maintains that the shutdown of the reactors at the nuclear power plant is a political decision.

"There are no security, technical and, most importantly, economic reasons to take such steps," Petrech said.