Renewables are here, but Slovaks are slow to invest

WIND, water, sunshine, biological processes and geothermal heat are all renewable sources of energy that can help save the environment and decrease our dependence on fossil fuels. Surprisingly, they can also help the Slovak economy. 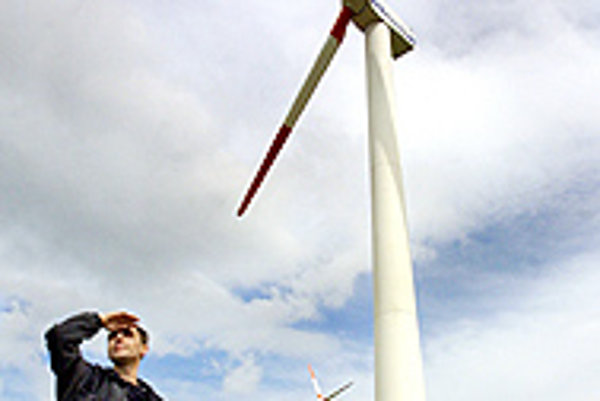 Font size:A-|A+0
WIND, water, sunshine, biological processes and geothermal heat are all renewable sources of energy that can help save the environment and decrease our dependence on fossil fuels. Surprisingly, they can also help the Slovak economy.

From a business point of view, the development of renewable energy sources in Slovakia has the potential to revive local economies and create new jobs. But without initial investments, this promising sector, like any other, will never get off the ground.

So far, the government has invested nothing in renewable energy. Insiders say the lack of state support shows a congenital short sightedness. But while Slovakia misses the train on developing new technologies in renewable energy, experts say the country should prepare itself for skyrocketing oil prices and a dependency on fossil fuels that will cost dearly in the long run. According to Roman Doubrava, director at the Energy Centre of Bratislava, state-sponsored investments in renewable energy sources would yield a solid profit in the form of lower energy prices, job creation in the energy sector, decreased dependence on foreign energy sources, and the development of a knowledge-based economy.

"You have to look at everything from a return-on-investment point of view. And here, particularly in solar and biomass energies, I am sure that the state would get two crowns from every one invested," Doubrava told The Slovak Spectator.

If renewable energy is such a sound business investment, why has the Slovak government been so slow to act? Doubrava feels general ignorance and a lack of political will on the part of Slovak decision makers is to blame.

"I understand that economic reforms are a priority right now. But energy management has a large impact on the economy as a whole. Energy prices directly influence the business environment and our living standard," Doubrava said.

The director complained that countries with similar economies, such as the Czech Republic and Hungary, were far ahead of Slovakia when it came to developing renewable energy sources.

Creating a complete supply chain in the Slovak renewable energy sector would help the local market grow. Doubrava said that while the country has producers, it lacks distributors and consumers of its products.

Peter Staněk is an analyst at the Institute of Slovak and Global Economics of the Slovak Academy of Sciences. He is far more pessimistic than Doubrava about the development of renewable energy sources as a viable business sector in Slovakia.

"Alternative sources are based on local structures. Giant power producers do not have a great reason to support renewable sources of energy. In other words, you need municipalities and local governments to support them. But local governments in Slovakia have no money and they are small. Additionally, it is usually the poorest Slovak regions that have the best natural conditions for renewable energy sources like the wind and geothermal heat," Staněk said. "I do not think anything will change in the next 10 years."

Both Doubrava and Staněk agree that renewable sources can never fully meet society's entire energy consumption needs. But the state could certainly take advantage of various types of renewable energy sources to minimize its costs.

Doubrava gave an example of regions in Austria that are fully covered by renewable sources of energy, such as wind, solar, and biomass. This is possible, however, only thanks to state support.

According to Staněk, "Programmes like these really need a strategic plan, not just verbal support. Alternative energy sources and conservation programmes can be a vast source of savings."

Biomass - organic non-fossil material, comprising the mass of all biological organisms, dead or alive (excluding biological mass that has been transformed by geological processes into substances such as coal or petroleum).

Biomass is considered the most prospective of Slovakia's renewable sources of energy. The country has more than 40 percent of its area covered by forest, and is equipped to harvest fast-growing trees in a three- to four-year cycle. According to Staněk of the Slovak Academy of Science, wood chips generated from the trees would be a good source of biomass.

He says, however, that biomass has one big disadvantage: it is used on a local level only, thus discouraging large investments. Only if biomass can be exported to many consumers "will it be economically justified," Staněk said.

"Once these firms export their products or they are used on the domestic market, I think the public will show greater interest. I think that biomass has a lot of potential, especially in terms of economically heating households and even small- and medium-size enterprises, what with the current cost of fossil fuels," Doubrava said.

According to power producer Slovenské elektrárne's (SE) website, biomass is a "neutral" fuel in terms of carbon dioxide (CO2) emissions. The same amount of CO2 is released in the air while burning biomass as is consumed by plants while they are growing.

What does biomass fuel look like? For starters, biomass fuel can be any number of organic materials, from trees to organic waste products. The following is list of the most frequent biomass materials:

Liquid biofuels: bio-oil made of oilseeds, used for diesel fuel.

Bio-alcohol (ethanol): obtained through alcohol fermentation and distillation of sugar plants (beetroots, potatoes), used as an admixture to engine petrol.

Water - Since water is about a thousand times heavier than air is, even a slow flowing stream of water can yield great amounts of energy.

Water energy is the only renewable energy source that has a long tradition in Slovakia. With 243 hydroelectric power plants, Slovakia uses hydro energy at slightly more than 50 percent of its potential.

The dominant projects are in Sereď and Nezbudská Lúčka on the Váh River. Rivers such as the Hron, the Upper Váh, and the Poprad, which have not been tapped, offer great potential.

But Staněk of the Slovak Academy of Sciences pointed out that the force of Slovak rivers is not as powerful it used to be.

"The problem here is climate change.

The volume of precipitation is decreasing. Secondly, because the area covered by forests is decreasing, the water supply is quickly draining out," he explained.

The return on investment ratio for hydropower plants is about 20 years. Slovenské elektrárne is not very interested in building more hydroelectric power plants but rather maintaining its current ones.

Wind - the kinetic energy of wind, or the extraction of this energy, to produce electricity.

Modern wind turbines produce a minimum noise and do not damage the environment.

But the potential of using turbines to extract the kinetic energy of the wind is quite small in Slovakia. It concerns only a small portion of the western Carpathians and Low Tatras.

"Even if we look at a European Union study from 2003 by the Stockholm Institute, there is not much space to develop wind power in Slovakia," Staněk said.

Doubrava from Energy Centre gives Germany as an example, a region where wind energy is heavily relied upon. While the programme is successful there, it requires significant state support to make it work. "Of course, I am for wind energy only in economically justified cases, only in localities where the wind intensity is strong enough."

The world's biggest wind turbine is in Germany, which has an output of 4.5 MW. Mainly seaside areas offer the best sources of wind power.

The EU plans to erect wind power plants with a collective output of up to 75 GW by 2010.

Slovakia has only moderate wind energy potential compared to seaside countries. So far it has two wind parks.

The first wind park in Cerová (Small Carpathians) has a capacity of 2.4 MW (4 x 660 kW) and has been operating since October 2003, reads SE's website. PHARE funds financed 60 percent of the costs.

The 500 kW wind power plant on Ostrý vrch peak in Myjava was established in July 2004. Another, Skalité (Kysuce), with a capacity of 4 x 500 MW, is close to completion. Installation costs come to about Sk45 million (€1.16 million) per MW.

Solar - harnessing energy from the light of the sun.

Insiders emphasize that solar energy, perhaps the cleanest of renewable energy sources, may be used in Slovakia only as a supplementary energy source.

"The reason is the [low] number of sunny days in Slovakia," said Staněk.

However, Doubrava said that Slovakia has already one very important producer of (Thermosolar) connectors, successfully exporting to other European countries.

"Although the Slovak market is not so interesting, I believe that the combination of solar and biomass energy has a lot of potential," Doubrava said.

Both renewable energy source experts stressed that state support is necessary to develop the solar energy in Slovakia.

Solar power is generated through a variety of ways. The following represents a sample:

Flat solar collectors generate hot water or hot air. They may cover 60 percent of the annual household hot water consumption, or can be the complementary source of heating. Concentric collectors prepare hot water with higher efficiency. Solar (photovoltaic) cells work on the principle of the photoelectric phenomenon and directly convert light into electric current. Passive solar systems are in fact architectonic solutions that also play the role of heating interior space. They are, for example, winter gardens and glass roofs.

Slovakia is rich in thermal springs. With temperatures ranging between 60 to 150 degrees celcius, the springs are suitable for heating. The problem with springs is they contain large amount of trace minerals that harm heating systems.

Slovak Academy of Science's Staněk says that in the baths of Podhájska, the management must change the piping every five to six years. "Of course, there are other technologies but once again it would need investments", he said.

Additionally, most of the springs are concentrated in poor Slovak territories, such as Eastern Slovakia (Rožňava, Fiľakovo, Lučenec, and partially Slovenský kras mountains), which makes needed investments almost impossible.

According to Staněk, the World Bank provided Sk1 billion (€30 million) for thermal drillings close to Košice. They were so rich that they would be able to supply heat for the whole city. Unfortunately, no additional investments were made to convert the raw energy into viable sources of heating for the community.

The webpage of power producer SE says that thermal springs are used in 35 sites in Slovakia for heating swimming pools, greenhouses, flats - and even a hospital in Galanta. However, these are small projects. Nothing on a large, public scale yet exists.