THE SEVENTH International Film Festival (MFF) Bratislava is an annual feast for moviegoers. They can fully appreciate the diversity of films from around the globe brought to Slovak screens. 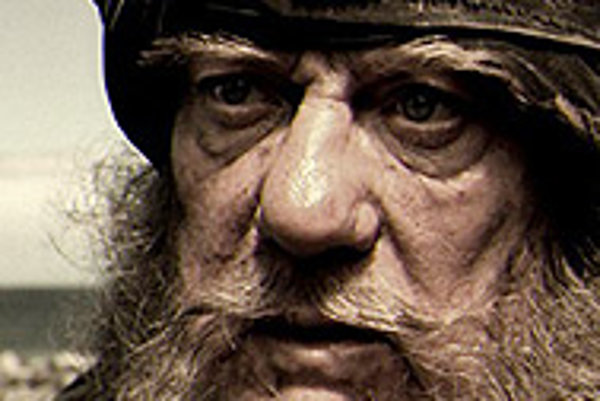 Font size:A-|A+0
THE SEVENTH International Film Festival (MFF) Bratislava is an annual feast for moviegoers. They can fully appreciate the diversity of films from around the globe brought to Slovak screens.

The otherwise commercial selection of big budget, mainly Hollywood hits in the Aupark's Palace Cinemas is replaced by the country's largest overview of international contemporary, mainly feature films. It is not just the festival's selection, but also the fact that 35 mm copies are shown that assures the spectator a week of a "real" movie-going experience.

For nine days the festival will screen 177 films from up to 50 countries divided into 12 sections. The main section is the International Competition of First and Second Feature Films.

Regular visitors have become used to "exotic" movies from places such as Asia and Latin America, but there is always space for a surprise or two. Within the GMT (non-European film) section they will have chance to see works from both well-known and unknown directors.

Hou Hsiao-hsien's Three Times presents three love stories set in three different times in history - 1911, 1966 and 2005 - played by the same two actors. Masahiro Kobayashi's Bashing reflects on Japan as a country where tradition is deeply embedded in culture and human relationships. It tells the story of a woman who returns home after being captured in Iraq. Instead of sympathy, she is received with disrespect and rejection. Todd Solondz once again takes a critical look at the American middle class in Palindromes. And as in previous movies he touches on the subject of sexual deviation within a suburban community of outwardly respectable citizens. The list of American independent films continues with two controversial dramas: Gregg Araki's Mysterious Skin and David Slade's Hard Candy.

While in the first years of the festival the quality of the sections varied, the last two years have shown great improvement. The one section that has maintained high standards from the beginning is Off the Mainstream. Its ambition is to show experimental and innovative films.

One of the most interesting films is the sci-fi love story 2046 from the well-known director Wong Kar-wai. Head On is a dramatic German love story of two self destructive individuals - a Turkish girl who wants to escape the strict traditions of her family and a German of Turkish descent who is trying to overcome the loss of his wife through alcohol. The section also presents films of two "stars" of auteur filmmaking: The Tuner from the Russian director Kira Muratova, a master at depicting boredom, and World Mirror Cinema, a reflection on the film medium from the Austrian experimental filmmaker Gustav Deutsch.

This year's festival will be packed with big names. Jim Jarmusch's latest film Broken Flowers with Bill Murray as the main character won this year's Grand Prize of the Jury at Cannes. Michael Haneke arrives with Hidden, Wim Wenders with yet another American style road movie Don't Come Knocking, Thomas Vinterberg with Dear Wendy, Roman Polanski with an adaptation of the classic novel Oliver Twist and Werner Herzog with The Wild Blue Yonder. Lars Von Trier's Manderlay is the second film of his latest trilogy where he continues to display his fascination with American society. Like Dogville, it is shot on an almost empty set and focusses on the subject of slavery.

The GMT and Made in Europe sections will feature two collections of short films: Eros and All the Invisible Children. The first is a set of three films on love and/or sex by Wong Kar-wai, Steven Soderbergh and Michelangelo Antonioni - directors who have shown their talent for describing human relationships before. All the Invisible Children is a collection of seven short films shot among others by Emir Kusturica, Spike Lee, Ridley Scott and John Woo.

The 7th year of the festival will feature a new section, Asylum, which screens short films from independent, amateur and experimental filmmakers. The section tries to show that such works are a legitimate part of the film world. It should be interesting to juxtapose unknown enthusiasts next to celebrated professionals.

A couple of years ago a new section with a focus on music video was added to the festival's programme. This year the section will zoom in on a few legends in the brief history of popular music: The Beatles in Richard Lester's A Hard Day's Night, Bob Dylan in Martin Scorsese's more than three-hour long documentary No Direction Home, and many others in Concert for Bangladesh, a documentary about the benefit concert organized by George Harrison. A part of this section is a focus on the work of Jonathan Glazer, one of the major video directors today who created video clips to the music of Nick Cave, Radiohead, Jamiroquai and Massive Attack.

The Special Events section has shown many interesting projects over the years. This year is no exception. Malte Ludin, a German documentary filmmaker has made a kind of personal therapy film about his deceased father, 2 or 3 Things I Know About Him. Hanns Elard Ludin was a high-ranking army officer. In 1941, he was sent to Slovakia where he was Hitler's plenipotentiary. After the war, he was executed as a war criminal. The director's brave attempt to scrutinize his family's past despite their disapproval unmasks the symptoms of the post-war generation - the main one being denial. A highly personal documentary, which won an award at this year's Artfilm Festival in Trenčianske Teplice 2 or 3 Things I Know About Him is definitely worth seeing.

This year's theme of the Free Zone section is Making Money. It offers movies from various countries including the Belgian director duo - the brothers Dardenne - famous for their socially critical films.

An interesting juxtaposition of Hollywood and national film industries is the National Hits section, where last year's most successful films from each presented nations will be screened. The traditional focus on films from one country will be dedicated to the UK. Local filmmakers will be represented in a special section: Slovak Films 2005.