SLOVAKIA's recent regional elections lured just 18 percent of the country's eligible voters to the ballot box on November 26. It was the lowest voter turnout since the first higher territorial unit (VÚC) elections four years ago. 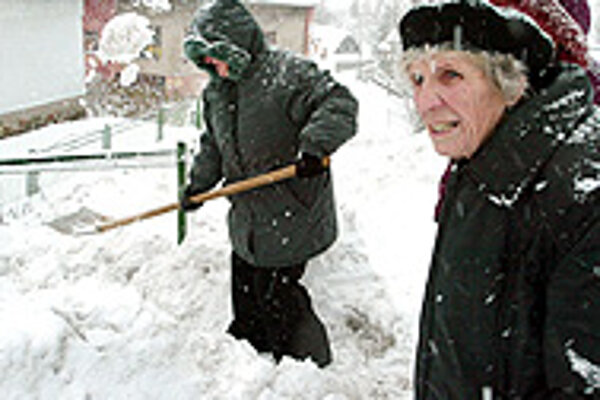 The Nitra region registered the highest voter turnout (27.67 percent), while Trenčín reported the lowest (12.3 percent), according to the national statistics office.

Because of the dismal turnout, not a single candidate running for the top VÚC post gained the required 50 percent majority to win. Consequently, the two candidates receiving the most votes in each region will compete against each other in a run-off election on December 10. The one with the most votes in the second round will be declared the winner.

The ruling right-wing parties, which won half of the total 412 regional councillor seats in the eight Slovak regional parliaments, faired best. The rest of the 39 seats were divided between opposition and independent candidates.

A mixture of bad weather, disillusionment with politics and politicians, and unlikely coalitions were seen as reasons behind the low voter turnout.

The first VÚC elections in 2001 were considered a disappointment because they drew only 26 percent of voters from Slovakia's eight regions (Bratislava, Trnava, Trenčín, Žilina, Banská Bystrica, Prešov, and Košice). But this year's elections are far worse than analysts predicted.

The consensus is that Slovaks ignored the 2005 regional elections out of a general disinterest in politics as well as a lack of awareness of their importance.

The higher territorial units were created as part of the current government's fiscal reforms regarding decentralization of the state administration. The VÚCs received considerable powers as a result; they can make decisions in crucial sectors such as schooling, healthcare, culture, and trans-portation through their regional parliaments. Slovak President Ivan Gašparovič said he expected a low voter turnout, but not as low as 18 percent.

"I was convinced that at least 20 percent of Slovaks would come to the polling stations. I am a bit disappointed with this [result]," he said at a press briefing on November 27.

According to the president, the major factor contributing to the low turnout is people's dislike for ongoing political disputes. He also insists that the parties themselves fail to give the elections the attention they deserve.

Speaker of Parliament Pavol Hrušovský thinks that not just top politicians are to blame for the low turnout but Slovaks themselves.

"People should be motivated by their right to decide democratically on their favourite candidate," said Hrušovský, who is also the chairman of the ruling Christian Democratic Party (KDH).

According to New Citizen's Alliance (ANO) Party Chairman Pavol Rusko, the low voter turnout stems from people's mistrust in politics and politicians. The ANO was a former ruling coalition member before Rusko, the former economy minister, was dismissed and his party sent to the opposition ranks.

Béla Bugár, the head of the ruling Hungarian Coalition Party (SMK), thinks that every political party should interpret low turnout as their own personal failure. According to him, Slovaks do not understand the importance of VÚC elections.

"People think that [people in the national parliament] will decide for them about everything; they do not realize that a majority of the decision making has already been transferred to the higher territorial units," Bugár said.

Grigorij Mesežnikov, an analyst with the Institute for Public Affairs (IVO), a think tank in Bratislava, agrees with that view.

"In general, Slovaks do not consider regional elections to be important, which is a mistake. There is a trend of decreasing voter turnout in Slovakia and it is likely to continue, even for next year's parliamentary election," he told The Slovak Spectator.

The ruling parties fared better than the others in post-election results, taking half of all 412 councillor seats.

Mesežnikov was not surprised at the KDH's success, but only at the extent of it. "In certain regions, the right-wing KDH and the centre-right coalitions performed surprisingly well, probably thanks to their effective regional structures," he said.

The opposition party Smer took 70 seats - a good result, yet probably worse than what the party hopped for, given its widespread appeal. In opinion polls, Smer is Slovakia's most popular party, with around 30 percent support.

According to Mesežnikov Smer is "rather ineffective in mobilizing its constituency for the vote".

The Slovak Democratic and Christian Union, the ruling party of Prime Minister Mikuláš Dzurinda, gained 61 seats, followed by the SMK, which gained 58 seats. The SMK's big upset was losing its leading position in the Nitra region in southern Slovakia.

The SMK's Bugár said that ethnicity influenced the vote in Nitra. The so-called grand Slovak coalition consisting of the KDH, HZDS, SDKÚ, Smer and Slovak National Party (SNS), won 34 of the available 52 seats. The SMK took 17.

The grand coalition united against the SMK to try to break the party's stranglehold of the region. The coalition's platform harped on several bad decisions made by the SMK's regional government as an argument against a continued SMK rule in the region.

The fact that the grand coalition teamed up for the elections with the sole aim of cutting down the SMK was made clear immediately after the elections.

Only three days after voters checked their boxes, rumours spread that the grand coalition would not form a single caucus in the regional parliament but that each party would form its own. If that happened, then the SMK would actually become the biggest caucus in the Nitra region's higher territorial unit.

The opposition Movement for a Democratic Slovakia (HZDS) recorded the biggest loss, compared to the previous VÚC elections. The party, which in 2001 gained as many as 144 seats in the regional parliaments, plummeted to a mere 44 in the 2005 elections.

HZDS thus continues its downward trend, attracting fewer voters with each new election. Even HZDS party members admit that they have mixed feelings about the recent VÚC elections results.

HZDS Deputy Chairman Viliam Veteška said the party was not satisfied with the results, although it did register content that four of its candidates for VÚC chairman made it to the December 10 run-offs.

Veteška attributed the HZDS's downslide to various problems over which his party has lost many MPs over the last two years.

Party Chairman Vladimír Mečiar, at home recovering from pneumonia, did not issue any statements in connection with the election results. It has become a tradition for Mečiar to withdraw from public after his party performs poorly at elections.

WHILE the November 26 regional elections settled the outcome for councillor seats, those competing for higher territorial unit (VÚC) chairmanships will have to go one more round.
The two strongest candidates for VÚC head in each region will compete for the post in run-off elections scheduled for December 10. The candidate with the most votes will be declared the winner. The candidates for the eight regions are as follows: