NEW EU members are disturbed over the prospect of heavy cuts to the European Union budget for 2007-13 that could deeply impact those post-Communist countries that joined the union last year. 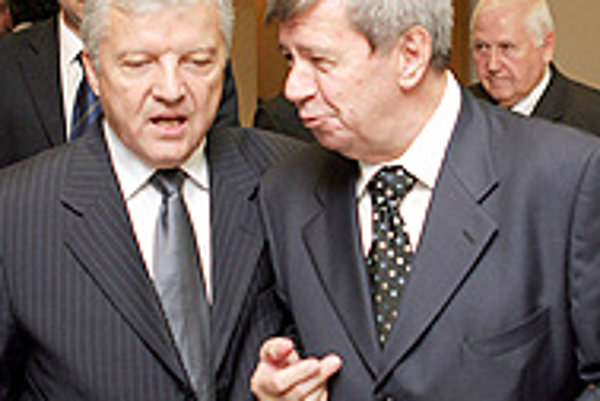 Font size:A-|A+0
NEW EU members are disturbed over the prospect of heavy cuts to the European Union budget for 2007-13 that could deeply impact those post-Communist countries that joined the union last year.

The article said that if the United Kingdom did not reach a budget agreement with the new member countries at the upcoming EU budget summit in December, trust among the EU members would be undermined. The prime ministers stressed that the principle of solidarity is the basic pillar of the European Union.

The United Kingdom is the president of the European Union for the second half of 2005.

Martin Maruška, spokesman for Slovak Prime Minister Mikuláš Dzurinda, confirmed for The Slovak Spectator that the Visegrad Four prime ministers wrote the article and that it was a collective effort. He added that Hungary acted as the primary initiator.

Mikloš said the article, originally meant for publication in The Financial Times was only a general appeal to Blair and therefore did not include concrete proposals or comments regarding the European Union's budget.

Incidentally, the article was not published in The Financial Times. The daily said there was no political reason behind its decision to not run the open letter.

Slovak Foreign Affairs Minister Eduard Kukan and his Polish counterpart, Stefan Meller, announced on November 25 that it is crucial that an EU budget is passed.

"We are appealing to the British EU president to work for an agreement," Kukan said.

"Tony Blair bears great political responsibility, but the British presidency will be evaluated only when it has ended. Everything will be forgiven, and everybody will appreciate Britain's work, if it can achieve a 2007-13 EU budget agreement," Kukan stated.

Gyurcsány already announced that Blair's budget proposal is not acceptable for Hungary, adding that for the new members, the cohesion policy - EU funds earmarked to help development programmes in new EU member states - cannot fall victim to budget cuts. The funds are needed to help the new member states to climb to the level of more established EU members, especially through investments in infrastructure.

If budget cuts to cohesion plans were approved, for example, Slovak regions could lose tens of billions of crowns in development money. Slovak officials are refusing to talk about concrete sums of money that are potentially on the chopping block.

Slovak officials have also been tight lipped when it comes to commenting on Blair's budget proposal.

The Slovak finance minister said that the media is devoting attention to the negative aspects of the budget and they are not looking at the budget as a whole.

"I feel that sometimes even politicians of some new member countries are making hasty comments about the budget without obtaining greater knowledge of the issues, or they comment about only one aspect of the budget, which will not help us reach an agreement. We (Slovakia) do not want to repeat this mistake and we will not," Mikloš told the press.

Polish President Alexander Kwasniewski said the British proposal was wrong for the whole of Europe.

"The new member states need more funds for investment so that they catch up with the old members," he said.

"We have heard information put forth by the British presidency in the EU and their financial perspective on the EU budget, and we have shared our opinion about it and we are proceeding united over this issue," Polish Ambassador to Slovakia Zenon Kosiniak-Kamys told The Slovak Spectator.

Barroso has urged Blair not to act like Sherrif of Nottingham from the Robin Hood legend, who was famous for "taking from the poor and giving to the rich".