NITRA runner-up László Szigeti of the Hungarian Coalition Party (SMK), who was expected to face incumbent Milan Belica in run-off elections for the chairmanship of the Nitra higher territorial unit (VÚC), announced he would step out of the race. 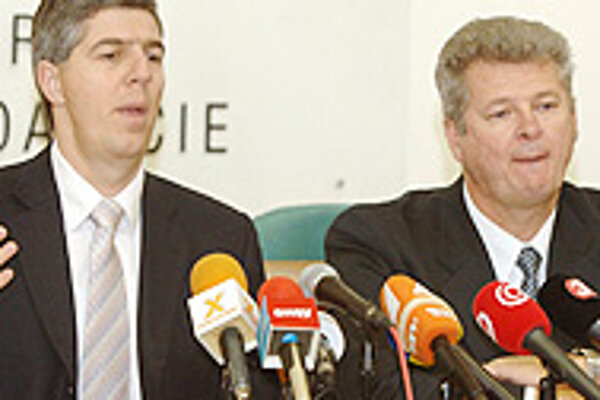 Font size:A-|A+0
NITRA runner-up László Szigeti of the Hungarian Coalition Party (SMK), who was expected to face incumbent Milan Belica in run-off elections for the chairmanship of the Nitra higher territorial unit (VÚC), announced he would step out of the race.

Szigeti announced his withdrawal three days after the regional elections. Szigeti, the closest competitor to Belica, received 26.09 percent of the vote, compared to Belica's 41.8 percent.

According to the SMK chairman, Béla Bugár, the SMK does not want to contribute to tensions in regional politics.

"The SMK does not want to worsen Slovak-Hungarian relations in the Nitra VÚC," Bugár told a press conference on November 29.

"We mean Szigeti's stepping down to be a good-will gesture from our party to others, as well as Nitra region voters," he said.

Szigeti added that he only wanted to prevent further provocation of national sentiments in the Nitra VÚC.

A traditional stronghold of ethnic Hungarians, the Nitra VÚC has been the scene of tense ethnic clashes particularly ahead of the November 26 regional elections.

A so-called grand Slovak coalition, composed of opposition parliamentary parties Movement for a Democratic Slovakia (HZDS) and Smer; ruling parties the Slovak Democratic and Christian Union (SDKÚ) and the Christian Democrats (KDH); and the non-parliamentary nationalist Slovak National Party (SNS); joined together in what many perceived as a purposeful union designed to topple the SMK's power over Nitra.

The platform of this newly formed "grand coalition" criticized unpopular decisions made by the SMK-dominated regional parlia-ment in the media ahead of the elections.

In the November 26 regional election, the grand coalition gained 34 of the total 52 seats in the Nitra VÚC. The SMK got 17 councillor seats; one seat went to a coalition formed by the Free Forum, the New Citizen's Alliance, and the Movement for Democracy.

Across the country's eight regions, none of the candidates running for VÚC chairman gained the required 50 percent majority. As elsewhere, Nitra's strongest candidates, the HZDS's Milan Belica and the SMK's Szigeti, were asked to compete in December 10 run-off elections.

Belica, who gained 64,765 votes, is the current Nitra VÚC chairman. Szigeti received 40,426 votes. Szigeti is the Slovak Deputy Education Minister and a teacher by profession.

By deciding to pull out of the elections, Szigeti freed the way for the third best-scoring candidate: the SDKÚ's Ján Greššo, an actor by profession and currently the director of the Nitra Theatre.

Greššo gained 20,535 votes, representing 13.3 percent of the vote. The SMK has not yet announced which candidate it will support for Nitra VÚC chairman. Greššo, however, said he has not ruled out soliciting the SMK's support.

The SMK chairman said his party was open to supporting Greššo if the SDKÚ asked for its support.

SDKÚ member Peter Miššík confirmed that his party planned to campaign for the support of all voters on Greššo's behalf, including the SMK's constituency.

The current Nitra VÚC chairman, Belica, was not surprised with Szigeti's withdrawal.

"The first reason for the withdrawal was that the difference [in voter support] was relatively high. Not even [the SMK] believed that they could catch up on us," Belica told the TASR news agency.

As of November 30, all of the runner-ups in the remaining seven regions are prepared to compete in the run-off elections. According to the existing rules, if candidates want to pull out, they can do so three days ahead of the actual vote, at the latest.