AFTER crediting Slovakia for implementing ambitious reforms about a month ago, the exclusive club of 30 market economies now trusts the country's economy to grow further. 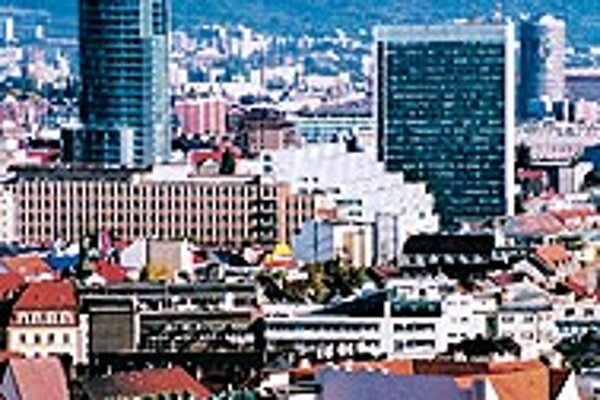 Font size:A-|A+0
AFTER crediting Slovakia for implementing ambitious reforms about a month ago, the exclusive club of 30 market economies now trusts the country's economy to grow further.

In its latest economic outlook, the Organization for Economic Cooperation and Development (OECD) expects Slovakia's GDP to continue to grow in the 5.5 to 6.5 percent range. Employment growth is also picking up.

What makes OECD worry, however, is Slovakia's inflation.

Although headline inflation recently reached an all-time low of 2.1 percent, the OECD expects inflation to climb back to 4 percent by the end of the year. The culprit is growing oil and gas prices.

"If the country is to meet its inflation target at 2.5 percent for 2006 and 2 percent for 2007, the central bank will probably have to increase key interest rates," the OECD reports.

"Both monetary and fiscal conditions will need to tighten over the projection horizon in order to dampen inflation risks, further reduce the fiscal deficit, and ensure that the plan to adopt the euro in January 2009 remains credible," says the OECD report.

Slovak analysts agree that inflation rates will now be more closely watched than ever before.

"Inflation is more important than ever because it is a Maastricht criterion that Slovakia has yet to meet. This makes inflation important not only for consumers but also for the central bank and the Slovak government. The Maastricht criteria brings both inflation and the state budget deficit to the spotlight," Miroslav Šmál, an analyst with Poštová banka, told The Slovak Spectator.

According to Šmál, Slovakia is not alone in its struggle with inflation.

"Inflation is a global problem and is connected to the rise in oil prices on the world markets. This has been a trend for several years. It started in the USA, when the Federal Reserve System increased interest rates, then it reached Europe, putting the European Central Bank under immense pressure - it is expected that the bank will pump up interest rates as well. The National Bank of Slovakia will not remain isolated. It is only a question of time when it, too, will raise rates," Šmál added.

According to the OECD, high imports related to foreign direct investment (FDI), oil prices and dividend payments caused the current account deficit to widen to 7.9 percent of GDP in the second quarter of 2005.

With regard to investment needs of new automobile plants, the OECD expects the current account deficit to remain large in the short term, before narrowing to around 2 to 3 percent of GDP by 2007 and 2008, as new export capacity comes on stream.

Employment growth, espec-ially the jobless rate that dropped under 16.2 percent, its lowest since 1999, pleased the OECD; however, high structural unemployment is still a reason for the organization to worry.

What makes the OECD nervous regarding Slovakia is the threat that the state budget deficit, including expenses of the pension reform, will exceed 3 percent of the GDP, which is a ceiling set by the Maastricht criteria for euro adoption.

This year and next, the OECD expects the public finance deficit to exceed 4 percent, while in 2007 it should drop to 3.5 percent of the GDP.

Despite output growth, a high unemployment rate will only gradually decrease in the absence of further structural reforms.

Uncertainties about the outcome of the general elections in 2006, which might present some risks to the continuity of the country's reforms, was also on the OECD's list.

The organization saluted the country's tax and welfare reforms in its earlier report this year.

"Foreign direct investment has responded particularly well, becoming the prime engine of capacity and productivity growth helping to put the economy on a strong and well-balanced growth path," the OECD states in its 2005 economic survey on Slovakia.

Val Koromzay, the author of the report, told the press that the effects of Slovakia's reforms are already visible, thus enabling the country to maintain sustainable growth.

Koromzay said, however, that Slovakia must fine-tune its reforms and sustain growth in order to advance smoothly into the euro zone.

Slovakia faces four major challenges. It must: 1) preserve macroeconomic stability and prevent pitfalls on the road to the European Monetary Union; 2) stimulate labour demands for low-skilled workers; 3) improve conditions for innovation and growth; and 4) modernize the public sector without increasing the fiscal costs.

As for OECD estimates, Šmál considers them ambitious but realistic.

"Even if the Slovak economy posts a slightly weaker growth, it would still be a very positive result and it would still put Slovakia among the fastest growing economies in the region," Šmál added.

The analyst did not want to speculate on the development of the state budget deficit.

"I do not think an analyst can speculate on the deficit. I think the answer is in the hands of the voters. They basically decide on the nature of the future government. The budget deficit will depend on what government Slovakia puts in power," he said.