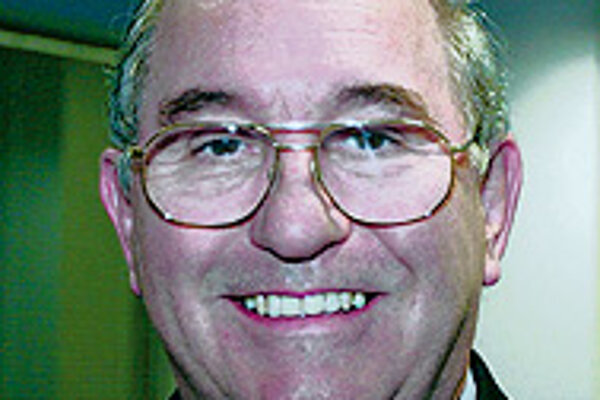 Slovak officials claim that by 2008, Slovakia will produce more cars per capita than any other country in the world. The Slovak Spectator spoke with automotive industry expert Peter Cooke. As an analyst with KPMG and the director of the Centre for Automotive Industries Management at the Nottingham Business School, Cooke shared his views on how Slovakia can position itself as an industry player for the long-term.

The Slovak Spectator (TSS): Economy Minister Jirko Malchárek appointed Jozef Uhrík, the president of the Slovak Automotive Industry Association and former head of Volkswagen Slovakia, as plenipotentiary for the automotive industry. What do you think of this move?

Peter Cook (PC):Slovakia can play a pivotal role in the automotive industry. It has an excellent location geographically, it has a young workforce, and costs at this stage are low. But it will have to build on these benefits. It will have to compete with other countries that can offer the same benefits to a global player.

In the short term, Slovakia is useful to the global players and their suppliers, but there is always a risk that the balance will move. Slovakia has maybe three to five years to make itself indispensable to the industry in terms of offering something unique to the industry. That could be a level of quality production, productivity, design capability, support services, education and design skills, whatever. In the UK, for example, there is deep expertise in the West Midlands in terms of university expertise - Birmingham, Coventry and Warwick are all involved with joint programmes with the OEMs (original equipment manufacturers) and tier-one players.

TSS: Slovak officials often claim that by 2008 Slovakia will produce more cars per capita than any other country in the world. Some fear that by focusing on one industry, however, Slovakia is opening itself up to unnecessary economic risks, since car manufacturers are so sensitive to global slumps. Do you see potential risks for Slovakia in its growing orientation to the car sector?

PC: There is always a risk of becoming single-industry depen-dent in a global economy. As such, one assumes that Slovakia will have sought strategically to build two to three industry positions. However, if it is the most effective player in its segment, it should be the last country to have its factories assuming that a particular manufacturer or model would be impacted by decline. Realistically, if a country wants to play in a global industry, it has to accept that there will be lows as well as highs - and they will largely be outside the control of the individual country or company but in the hands of the market - and markets are hard to predict.

TSS: Is Slovakia's automotive industry at least partially protected against recession because carmakers are more likely to lower production in western facilities where the costs are higher?

PC: It is very difficult to comment on which plants would suffer. Frequently we find it is specific types of vehicle or models that are not selling, in which case the plants/supply chains that provide those units would be the ones that would suffer. Those same rules may apply right through the supply chain in terms of components. Manufacturers are constantly balancing their production to get the best value for the money so it is not a simple "yes" or "no" situation.

TSS: Slovakia will try to keep carmakers in the country for as long as possible. How do you recommend Slovakia achieve its goal?

PC: Manufacturers look for a number of positive criteria in a country and they look for beneficial answers to such questions as, "Is there a market for the manufacturer's product in that country?" "How high are the relative costs in the country?" "Is there political and economic stability?" "What is the quality and profile of the workforce - and the future workforce?" "What are the support services like - research and development, dedicated labora-tories, technical and educational facilities?".

Equally important, the country needs to be seen as having a broad range of services and expertise available, as well as having positive political and economic contacts with the manufacturers and tier-one players. An indigenous components industry is important as well. A multinational player can move to another country more easily than one that is based and owned in Slovakia.

TSS: What are the benefits of creating so-called "automotive clusters" in Slovakia?

PC: Clusters working together can communicate more easily if they are near each other. Similarly, semi-finished "product" does not have to be moved too far. Over time, shared services will be developed, and training/education services and in depth expertise can be developed. This in-depth cluster concept can be important in holding jobs long term.

PC: Research and development may take time to establish, unless Slovakia has in-depth expertise or has a policy in place to support it, either with funding or through offering specialist university research, for example. R&D often needs to attract international talent and that talent may look for supporting services plus a good place to work. R&D can require a lot of instantly available support services and access to other workers. However, a very small core of exceptional talent can build a centre of excellence in a single area or discipline - and build from there.

TSS: Over the past year at least once a month, companies in the automobile industry have announced that they intend to, or are in the process of, constructing a manufacturing plant, supply and assembly facility or distribution centre in Slovakia, which already has at least three or four major world players here. What makes Slovakia so attractive to these companies?

PC:Currently Slovakia has a favourable geographical location, low costs, a stable political situation, and quality workforce. The task is not so much to attract the companies but to hold them. That is what Slovakia has to address now: how do you hold those companies so Slovakia will be the last country they leave? We are really talking about value added rather than volume...better to have a mid-size, strong and stable industry segment than one that relies totally on being the cheapest. That is the challenge.

PC: The labour issue is a common one. Training programmes need to be designed in conjunction with the companies that will employ those people. There are very different skills and attributes needed to work on the shop floor compared with working as a technician. Knowing theory is not necessarily going to qualify people to work in factories.

It is interesting to look at the way the issue has been addressed in other countries, with schools and colleges and manufacturers owning training facilities and working together to provide and train a workforce, and then keeping it up to date as well as ensuring there is a steady flow of suitably qualified people coming through to work as the next generation. Provided assistance can be offered in training, advice on recruitment provided, and provided the workforce is enthusiastic about working in automotive plants, the issue should be surmountable. Value for money and productivity are the key issues.