"IF someone asked me to pick the most successful country in Central Europe, I would certainly say Slovakia," said Polish Ambassador to Slovakia, Zenon Kosiniak-Kamys. "You found the right solutions after the dark era of Mečiar. And not only have foreign investors discovered Slovakia but you now sit on the UN Security Council as a non-permanent member. What more could a country possibly achieve in seven years?" he asked. 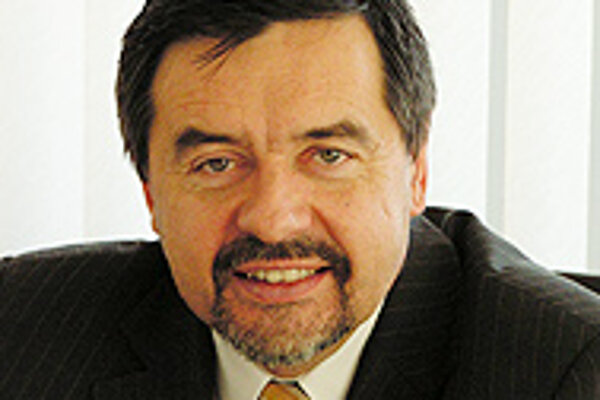 Font size:A-|A+0
"IF someone asked me to pick the most successful country in Central Europe, I would certainly say Slovakia," said Polish Ambassador to Slovakia, Zenon Kosiniak-Kamys. "You found the right solutions after the dark era of Mečiar. And not only have foreign investors discovered Slovakia but you now sit on the UN Security Council as a non-permanent member. What more could a country possibly achieve in seven years?" he asked.

The Polish Ambassador to Slovakia, generous with his praise, sees many similarities between his homeland and Slovakia. In an interview with The Slovak Spectator, Kosiniak-Kamys takes time to talk about the two countries in detail.

The Slovak Spectator (TSS): Poland and Slovakia often find themselves competing for the same investors. KIA chose Slovakia over Poland, while MAN Nutzfahrzeuge preferred Poland. Do you see any rivalry between Slovakia and Poland?

Zenon Kosiniak-Kamys (ZKK): Competition between Poland and Slovakia should naturally exist, even after these countries joined the European Union, which, by the way, is not a charity organization. It would be negative if investments went to only one of our countries. In fact, a couple years ago, Poland was ahead of Slovakia in attracting investors, and we had a much higher volume of foreign direct investment. But then Slovakia managed to win several significant investments in the automotive sector. I often hear that Poland envies Slovakia in this area, which might be true, but on the other hand, what happens in Slovakia's automotive sector is a very positive development in the Central European region. These investments contribute to lifting up the economic level of both countries.

ZKK: Our country is bigger - that is our main advantage. On the other hand, Slovakia's advantage is its better infrastructure. Still, there is compatibility between our countries, and we are similar in many respects. We have high quality labour and sometimes we are more ambitious than business people in the West. We know where the problems are in our countries, which mobilizes us to prompt action.

Certainly, the question indirectly calls for the answer: your tax policies are different. Slovakia has become an attractive country thanks to its flat tax, which was an excellent solution that put Slovakia on the world investment map.

TSS: The influx of foreign direct investment to Slovakia is on the rise. However, the volume of outgoing capital remains low. Where could Slovak business invest in Poland?

ZKK: It is not only a Slovak problem. Polish companies face the same difficulty.

I always feel disappointed that we still do not have any large investments in Slovakia. Investment opportunities in Slovakia are widely available to the Polish business community. I really think it is only a matter of time before a powerful Polish investor comes here.

Compared to Slovakia, Poland is a much bigger country, so for the Polish business community, it is easier to learn about Slovakia. Sometimes I have a feeling that Slovaks know only the southern part of Poland. For Slovaks, my country ends somewhere in Krakow. I believe that Slovak businesses will soon discover other parts of Poland too.

Slovakia and Poland could do a lot in the area of tourism. Offering tourists joint packages could benefit both countries, for example. Cooperation in tourism should be part of our future.

Certainly, we cannot progress in this area until the infrastructure is improved in both countries. Without better roads, we cannot talk about improving relationships between tourist businesses.

TSS: Slovakia and Poland have had good relations in the past. Do you feel that Slovaks and Poles know enough about each other?

ZKK: Not only are we friends, but we are free of historical conflicts, which is very rare between neighbours. Slovakia is the only neighbour with which we have never had any historical problems.

Also, Polish people are now finally able to distinguish Slovaks from Czechs. A few years ago it was not that simple. Polish tourists were often saying that they were going to ski in the Czech Tatras when heading into the Slovak mountains.

Certainly, for Slovaks it might be more difficult to know Poland because of its size.

TSS: Regional disparities remain an acute problem of Slovakia. How does your country cope with this issue?

ZKK: In the Central European region, each country has its "underfed East". If you look at Germany, many years after unification there are still differences between the eastern and western parts of Germany. Poland is struggling with the same problem. Maybe the differences are not as sharp as in Slovakia, but on the other hand, our capital is in the centre of Poland and not in the western part. Maybe this is why the differences are somehow milder.

Certainly, we have tried to revive the eastern parts of the country and inspire businesses there. The regional self-governments have the biggest role in this process, since the public administration reform was set off eight years ago.

TSS: You mentioned decentralization of the public administration. This is something that Slovakia started a couple of years ago. What are Poland's experiences with the process?

ZKK: After one or two years we started feeling the positive impact of decentralization. We reduced the number of our counties from 49 to 16. These now function as compact regions. It was not only an administrative decision. People actually feel that they come from a concrete region. We preserved the historical regions as well. The feeling of belonging and identifying with a region was very important. The reform process is not over yet, and I cannot say that everything works perfectly.

TSS: Do you feel that Poland, Hungary, the Czech Republic and Slovakia are sufficiently using the potential of the Visegrad Four (V4) forum to cooperate and push through their interests in the EU?

ZKK: I do not know whether we are using the potential of the V4 to its full extent. But for us, it is important that the V4 still exists, and that we have not abandoned it after entering the EU.

I believe the V4 will continue playing a role, providing our countries with a forum for support. We can also use it to help support other countries hoping to enter the EU and NATO. Here I have Ukraine in mind. No other EU countries outside ours can evaluate the situation in Ukraine better than we can.

From time to time there were opinions within the V4 that Poland was too large a country and that perhaps it did not belong to the group. But Poland does not think that by being a big country it should seek other forums for cooperation and seek out other big countries, such as Germany, for example.

TSS: Slovakia gained temporary membership in the UN Security Council for two years, which in some sense makes the small country an important world player. What do you think Slovakia should focus on?

ZKK: Our congratulations to Slovakia. We are proud that one of the Visegrad Four countries has become a member of the Security Council.

Slovakia will now have to make decisions pertaining to African countries. Here I see possibilities for Poland to help through the exchange of information and providing analysis on these countries that we get from our embassies in Africa. Our foreign affairs minister already spoke about it with his Slovak counterpart, Eduard Kukan.