DANIELA Pavlova loves group projects. When the Spanish-Bulgarian anthropologist embarked on a collaborative work with Dirk Bratz, she found the Swiss visual artist shared her views on artists working together. So much so that they created a project, entitled Dialogo (Dialogue): Inter(nal) Views. 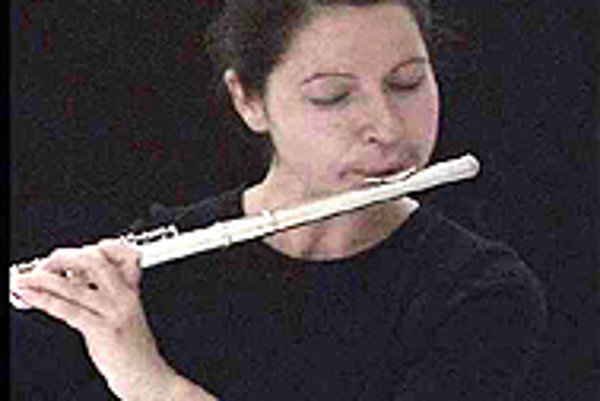 Font size:A-|A+0
DANIELA Pavlova loves group projects. When the Spanish-Bulgarian anthropologist embarked on a collaborative work with Dirk Bratz, she found the Swiss visual artist shared her views on artists working together. So much so that they created a project, entitled Dialogo (Dialogue): Inter(nal) Views.

But even between like minds, dialogues can be challenging. "We were fighting until the end," reports Pavlova, with a laugh. "But it was not a conflict," Bratz is quick to add.

The two met at the Salzburg Summer Academy of Fine Arts in 2004. Bratz, a visual artist with an interest in cultural anthropology, was exploring Eastern Europe and eager to develop projects in the region. Pavlova is a cultural anthropologist by training. Her interest in photography made her a natural partner for Bratz. Because of their similar backgrounds in anthropology and the arts "she was predestined", he says.

Together, the author/artists devised a project that used the universal language of music to analyse how dialogue happens beyond oral communication, overcoming cultural and religious differences. "We wanted to see how musicians use their individual skills, experiences, and professional habits to achieve a musical dialogue," says Bratz.

The completed work, as presented for the first time here in Bratislava, is an installation consisting of two parts: a recorded visual installation (with six DVD projectors) and a recorded-interview-dialogue (shown on one screen).

In the first exhibition space, entitled Music Box, viewers will see recordings of six musicians together interpreting an experimental music piece. They play, separately from each other, a "composed improvisation" (improvised music based on some direction from a composer regarding rhythm, harmony, and melody). The camera captures the musicians expressing their ideas and feelings about music through their improvisations. Recorded individually, without any knowledge about how or what the others were playing, each creates an inner dialogue between the others and an imaginary audience.

The second part of the exhibition is an interview with these musicians, who recount to viewers their thoughts about music. They share their opinions on music as a language, their initiations to music, or other remarkable events that changed their professional and personal lives.

The project currently involves six European musicians, including Jozef Lupták (creator of the Convergence Music Festival), Matúš Kohútek (of the flamenco group Remedios), as well as Spanish flamenco guitarist Oscar Guzman, who performed for Slovak audiences for the first time this summer.

"We were fortunate to catch him after his performance here in Bratislava," said Bratz.

"But the project is not over," says Pavlova. "We expect to expand and build upon what we have created so far. It is an open project."

She explained that they want to present the project again in another form.

"We want to integrate other musicians. But only after we see the reactions of this first audience here in Bratislava. It is the first step."

What: Dialogo (Dialogue): Inter(nal) Views
Where: Bulgarian Cultural Institute in Bratislava at Jesenského 7 (behind the National Opera and near Eurobooks)
When: daily between 10:00 to 17:30 until December 15