Experiments beyond the traditional

OFF the Mainstream has always been one of the most interesting sections of the International Film Festival (MFF) Bratislava. This year is no exception. 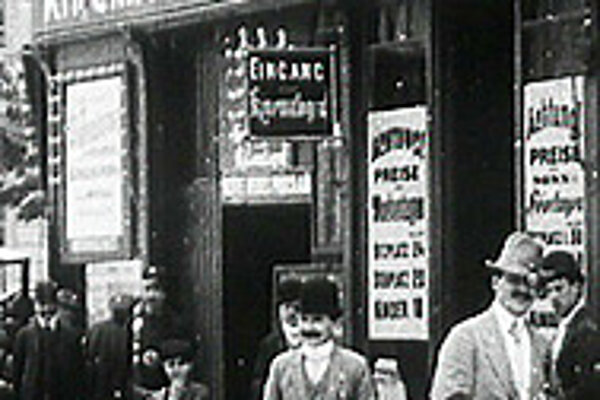 Font size:A-|A+0
OFF the Mainstream has always been one of the most interesting sections of the International Film Festival (MFF) Bratislava. This year is no exception.

Among the extraordinary films on offer are the Argentinean neo-neorealist movie Pin Boy by Ana Poliak; the latest work of Russian director Kira Muratova, The Tuner; and a Chinese "Western" set in Tibet, Mountain Patrol, by Lu Chuan. The section also brings pioneers in new cinematic trends to Slovak screens.

Deutsch, the better known of the two, uses found film footage, a practice pioneered by Bruce Conner in the 1960s and 70s. Conner's films were built around musical compositions, and can today be seen as the (often superior) forerunners of music videos. Deutsch, for his part, uses found footage to emphasize that film is first and foremost a "moving picture".

This is a technique found in many of Deutsch's works: especially the Film Ist series, in which he makes the viewer aware of the passing of time. World Mirror Cinema, Episode 1-3 is true to its title: It shows film as a new technology for a new means of art in the 20th century, one that could reflect what was happening in the world as no other had been able to. The movie consists of three 30-minute segments - Vienna (1912), Surabaya (1929) and Porto (1930). The festival will screen it on December 4 and 6.

In Western 4:33, Kaganof uses the technique of shooting a feature film first on video and then blowing it up to 35 mm. It will be screened on December 6.

Kaganof's movie Naar de Klote!, in which he experimented with digital video and its chromatic effect, was screened at the Bratislava festival a couple of years ago. The English title Wasted! refers to the permanent state of the film's protagonists: with neon colours and techno music he showed how the continuous party life feels, a never-ending cycle of ecstasy and depression.

Western 4:33, however, is more contemplative. Kaganof returns to his home continent to make a documentary about the atrocities taking place in a Namibian concentration camp run by the Germans between 1905 and 1908, when thousands of the Herero people met their deaths. Kaganof explains why he chose the "Western" genre of movies: "I have always loved the genre but as I studied it, I realized that it had been used as a propaganda tool to substantiate genocide."

Kaganof is also an artist, poet and musician. All of these art forms come together in his films and show an original approach to the use of film as a means of (self)-expression.

The works of Deutsch and Kaganof take the moviegoer beyond the average viewing experience. They are films that make you aware of the fact that narrative fiction film is just one of many forms the medium can adopt.

The festival's leading personality this year is the English acting legend Vanessa Redgrave. She will personally introduce two films: The Fever, in which she plays the main role and which is in the festival's competition section, and a documentary called Russia/Chechnya: Voices of Dissent, which she produced and narrated and which is being screened within the Special Events section. Her son Carlo Nero directed both of the films. He is also attending the festival.