EU draft budget gets thumbs down

THE DRAFT European Union budget for 2007-13 failed to impress EU foreign ministers who gathered December 7 to discuss the matter. 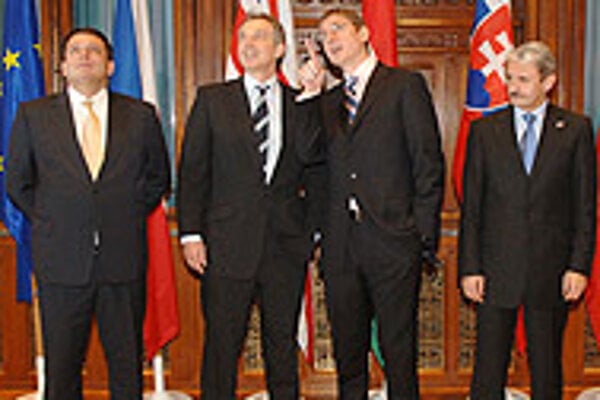 The prevailing opinion was that it was tight fisted towards new EU members and did not reflect the principle of solidarity. The proposed budget would have significantly cut developmental assistance to new EU members.

"This is not a budget for a modern, dynamic, competitive, enlarged Europe. On the contrary, it lacks ambition and threatens to make Europe less united rather than more," said José Manuel Barroso, President of the European Commission. He spoke in Brussels on December 7 at a conclave of EU foreign affairs ministers.

Great Britain, taking over the EU presidency from Luxembourg for the second half of 2005, proposed the draft budget. This one recommends developmental assistance to the new EU members worth €146 billion - €14 billion less than the one previously on the table.

"I cannot accept back-tracking on our achievements. This is one step forward, two steps back," Barroso continued. "First, we must be ambitious for Europe. An enlarged, open, competitive Europe costs money - it's as simple as that. Second, we need enlargement to work, not only the current enlargement but also the future. Third, we must have a budget, which is well managed and offers value for money and does not consist of hand outs. Finally, there must be a fair burden sharing in the financing of the budget. Looking at the proposals before us, they seem to move away rather than come closer to these principles."

Although the European Commissioner was critical of the proposal, he did emphasize the importance of coming to an agreement.

"We should also recognize that Europe cannot afford a crisis. Time is pressing. So we should not give up our efforts to find a deal," he said.

Slovak officials refused to talk in concrete figures on how much Slovakia stood to lose if the draft budget would have won the sympathy of the old EU member states. Analysts estimate that the country would have lost Sk34 billion (around €1 billion) annually.

At the December 7 meeting of foreign ministers in Brussels, Slovak Foreign Affairs Minister Eduard Kukan said the cuts proposed by the British EU presidency were too severe.

Great Britain has agreed to work up a new proposal and present it at the beginning of next year (during the Austrian EU presidency). It will be the main item of negotiation among European leaders at the upcoming EU summit in Brussels.

Slovak officials say that Slovakia is willing to negotiate a compromise with its colleagues regarding the EU budget for 2007-2013, but that it would also stick to some principles.

"Slovakia will not automatically agree with the suggested proposals, but on the other hand it will not bang its head against the wall. Slovakia has several priorities it would like to achieve in the new budget," Martin Urmanič told The Slovak Spectator. Urmanič is the spokesman for Pál Csáky, the deputy prime minister for European Affairs.

Slovakia will insist that cuts to EU structural and cohesion funds stay below the intended 10 percent. It also wants the access to money to be flexible.

"We look at the entire issue as a package that has a certain inner structure and if this is met, then even access to a smaller percentage [of EU funds] could be a gain for Slovakia," said Urmanič.

Other negotiable items include the possibility to include VAT as a part of organic expenses in the implementation of investment projects, or that the share of co-financing projects into the structural and cohesion fund is increased from the current 80 percent to 85, which would save withdrawals from the state budget.

Slovakia also expects some changes to the rules for EC cohesion projects. The rule change would mean that time pressures would not burden the final receivers of funds.

"Slovakia also wants to see an increase in its compensation package for shutting down its nuclear reactors at Jaslovské Bohunice from €237 million to €400 million," Urmanič added.

On December 5, during his visit to London, Csáky told his British European Affairs counterpart, Douglas Alexander, that Slovakia does not want to be left out of the game with respect to major projects involving modernization, where the capacities of universities, academies of science and other institutions are being involved.

He also said that Slovakia insists on sticking to the original VAT rules and on more flexible implementation rules till 2013 - not only through 2010.

On the other hand, Slovakia thinks that the draft budget could see higher co-financing from the EU, such as on projects solving the panel housing estate situation, which is critical in each post-communist country.

"We want the support of housing to be a reasonable expense in the next EU budget," said László Gyurovszky, Slovak Minister of Regional Development and Construction.

Although a few weeks ago it seemed that the V4 countries were united in their opposition to the budget, their level of dissatisfaction and openness to compromise differs.

While Slovakia is open to negotiations, Hungary said point blank it would not support the draft budget.

Slovak Prime Minister Dzurinda admitted that during the last meeting of Visegrad Four countries in Budapest, there was a different understanding of how solidarity between the V4 countries should work. Dzurinda distanced Slovakia by refusing to sign a letter by the other new member countries addressed to British Prime Minister Tony Blair.