SLOVAKIA will not try to buy back its 49-percent stake in Slovak oil distribution company Transpetrol, originally sold to the Russian oil colossus Yukos, which is currently under the control of the Russian government. 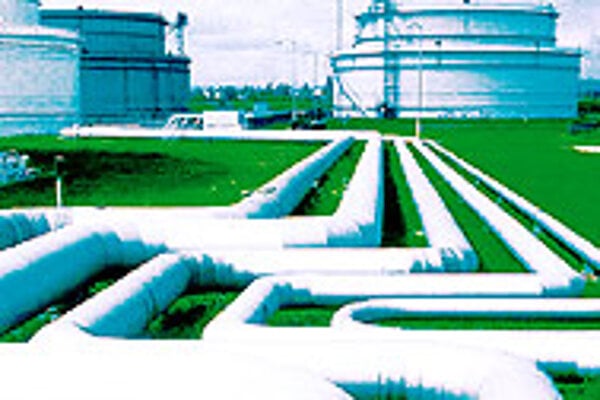 Font size:A-|A+0
SLOVAKIA will not try to buy back its 49-percent stake in Slovak oil distribution company Transpetrol, originally sold to the Russian oil colossus Yukos, which is currently under the control of the Russian government.

Slovak Economy Minister Jirko Malchárek agreed with Russian counterpart German Gref on December 5 that Slovakia would support the sale of its shares to a Russian company.

"In the case of Transpetrol, Slovakia wanted to clearly declare its intentions to improve its ties with Russia," Economy Ministry spokesman Robert Beňo told The Slovak Spectator. He said the ministry was interested in pursuing a course of action "pertaining to the sale of the 49-percent share of Transpetrol in a way that would not get too complicated, and that was in harmony with the intentions of both governments as well as Yukos Oil".

In November 2004, former Economy Minister Pavol Rusko announced that Slovakia might want its Transpetrol shares back from Yukos, which took control of the 49-percent stake on April 29, 2002 after securing the tender in December 2001.

Yukos had hoped to use the 49-percent stake to gain access to western and southern European markets, as well as initiate a pipeline sea route to North America.

Current Economy Minister Malchárek says that buying back the shares would negate the point of the privatization, which was designed to bring a major investor to the company.

According to Beňo, Slovak-Russian relations at the governmental level have significantly improved after Malchárek's trip to Russia.

Meanwhile, Rosneft and Tatneft are thought to be the most likely candidates for the new shares.

According to Beňo, Slovakia is not giving preference to any company.

"It is important that the company interested in Transpetrol is not burdened by any obligations and that the flow of oil to Slovakia is not interrupted by any other entity that will be out of the reach of the Slovak or the Russian government," Beňo said. The instant reaction of former Economy Minister Pavol Rusko, who wanted Slovakia to re-obtain the Transpetrol shares, said that Malchárek's proceeding was highly irresponsible.

"Minister Malchárek practically gave up the right to decide who will be the new strong partner in Transpetrol, which is a key company for Slovakia," the ex-minister's advisor, Maroš Havran, said.

Havran explained that the buyback of the shares should have been only temporary, and that the Slovak government would have subsequently sold it to a strong investor.

The Economy Ministry maintains that the whole trade must be viewed in the context of Russian-Slovak relations.

"I do not know on what Rusko bases his statements. I have to say that the Russian party has never proposed that Slovakia buy back the shares. When you do not have a seller, you have nothing to buy. Besides, the price is such that, at the moment, we do not have the money for it," Beňo told the Spectator.

Meanwhile, Yukos announced that it wants to sell its foreign assets before the end of 2006 and settle outstanding taxes and creditor debts from these proceeds.

Assuming Slovakia regained Yukos' minority shares, Rusko said last November that the best thing to do would be to resell them directly to a new investor without announcing a tender.

Analysts have been concerned all along that Transpetrol shares could end up in the wrong hands, turning the shares into a tool for economic blackmail.

Earlier this year, Rusko was accused of mishandling the Transpetrol negotiations with the Russian government. Finance Minister and then-acting Economy Minister Ivan Mikloš announced September 23 that they would sue Rusko for what they called an abuse of power.

Mikloš said Rusko behaved suspiciously when he tried to buy back the Transpetrol shares from Yukos.

According to Mikloš, although the Economy Ministry stopped having official talks with Yukos over the shares in February 2005, Rusko secretly continued them.

Mikloš said that even the former minister's closest colleagues were left in the dark about Rusko's plans. Mikloš told the press that Rusko continued to send letters to the Russian company using Economy Ministry letterhead and signing his name.

"The problem is that the Economy Ministry has no official records on the matter after February 26, but Yukos has sent the letters it received after this date to the current leadership," Mikloš explained.

In one of the three letters that Rusko addressed to Yukos after February 26, he asked Yukos to transfer Transpetrol shares to ENEX Utilities Ltd. Bratislava, Mikloš said. It is not clear why Rusko suggested such a move.

Rusko defended himself by saying that all the steps he made in connection with the buyback were done as a minister and not as a private person. He said that there was a threat that the Transpetrol shares could have slipped into the hands of a third party that would not have served the strategic interests of Slovakia.

"As of February, I was discreet in negotiating the buyback, as our attempts to this end were being blocked by major energy players," Rusko said in a press release, indicating that MOL, Hungary's major oil and gas player, had an interest in the stake. MOL is Yukos' biggest customer in the region.

After Yukos' founders, oil tycoons Mikhail Khodorkovsky and Platon Lebedev, were arrested in 2003 for tax evasion, Russian authorities have kept the company under state control. Since 2005, Khodorkovsky and Lebedev have been serving prison sentences.