THE NEW owner of Slovakia's two largest airports will be picked among the four consortiums that submitted their final bids by December 5. 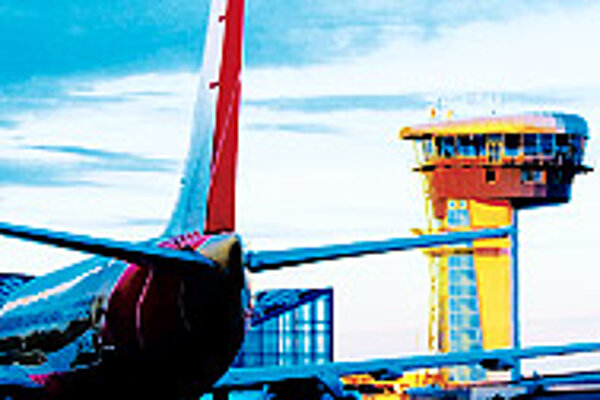 Font size:A-|A+0
THE NEW owner of Slovakia's two largest airports will be picked among the four consortiums that submitted their final bids by December 5.

The privatization commission will chose the winner by the end of the year and recommend the preferred investor to the government, said the Trans-portation Ministry's spokesman, Tomáš Šarluška.

Complaints about the TwoOne consortium's bid nearly resulted in its expulsion. However, the privatization committee's advisor, Austrian Meinl Bank, said that TwoOne was meeting all the legal criteria and could therefore continue competing in the privatization.

Vinci Concessions however, one of the initially favoured consortiums, withdrew from the running on November 13 after the media exposed a financial connection between one of the consortium's principle investors and Raiffeisen Zentralbank.

Austrian A-way, bidding with French company Vinci under the auspices of Vinci Concessions, was keeping the same members on its advisory board as Raiffeisen Holding, which controls Raiffeisen Zentralbank, the news wire TASR reported.

Raiffeisen Zentralbank is a principle party within the TwoOne consortium. Submitting so-called "double bids" is forbidden.

Slovakia's airport privatization deal attracted international attention when the European Commission said it would keep an eye on the process, which appeared uncommon by EC standards. At the time, TwoOne representatives told The Slovak Spectator that they saw no reason to quit the competition.

The TwoOne consortium also questioned whether the European Commission would have any jurisdiction over the privatization deal, even if it disapproved of the process.

"The law stipulates that the Slovak government will pick the winner by issuing a privatization decision," TwoOne representatives said.

The privatization commission consists of three appointees from the Transportation Ministry, two from the Economy Ministry and two from the National Property Fund. Two seats belong to the Parliamentary Privatization Committee.

The Independent Slovak Airport Partners (ISAP) consortium said that it would appeal to the European Commission if the TwoOne consortium is selected, believing that the investment would not benefit the region.

Some people voiced concern that if the Vienna International Airport becomes the majority owner of the Bratislava airport, it would transform the airport into a cargo transportation hub and redirect all passenger traffic to Vienna.

Hans Mayer, the spokesman for the Vienna International Airport, told The Slovak Spectator in September that these concerns were "not justified at all".