TAKING its cue from the European Union, the European Investment Bank (EIB) has made small- and medium-sized enter-prises (SMEs) an operational priority. Ivan Pilip, the bank's vice-president, says that directly and indirectly, the EIB is well on its way to helping new European member states bridge the gap between the haves and have-nots. 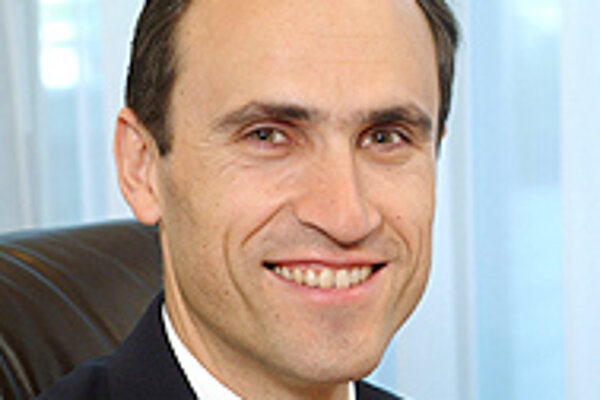 Font size:A-|A+0
TAKING its cue from the European Union, the European Investment Bank (EIB) has made small- and medium-sized enter-prises (SMEs) an operational priority. Ivan Pilip, the bank's vice-president, says that directly and indirectly, the EIB is well on its way to helping new European member states bridge the gap between the haves and have-nots.

The Slovak Spectator (TSS): In November, the European Commission declared a new initiative to support SMEs, which would secure work for tens of millions in Europe. Will the European Investment Bank have any role in this initiative?

Ivan Pilip (IP): As a long-term financing institution of the European Union, the EIB provides loans to help finance projects that are in the EU's interest. Since supporting the SME sector plays a key role in almost all policies of the European Union, lending to SMEs is an EIB priority. During a session of our board of governors in June 2005, the EIB decided to make SMEs - as well as companies of intermediate size (those with between 250 and 3,000 employees) -a main operational priority.

The EIB finances SME projects indirectly, by giving credit lines to EIB partner banks that lend to SMEs under favourable rates, and by offering venture capital through the European Investment Fund (EIF), forming together with the EIB Group. Venture capital funds are especially important when SMEs are first starting out.

IP:Both initiatives, to be provided free of charge, are focused on helping recipient countries and regions, particularly new member states, make the best use of EU funds to ensure the highest economic returns in terms of growth and jobs. These programmes are designed to assemble all the available expertise from willing partners (the European Commission, EIB and EBRD) and coordinate their efforts in the same direction. The expected result is to better combine the EU budget resources with the lending products.

JASPERS (Joint Assistance to Support Projects in the European Regions) is an assistance programme. It will consist of a special team in the EIB funded that will be funded by the European Commission, the EIB and EBRD. A staff of 60 will carry out project preparation activities separately from the lending activities of the EIB and EBRD. The largest part of JASPERS' resources will operate in the central and eastern European region, where demand for its services is likely to be highest.

JEREMIE (Joint European Resources for Micro-to-Medium Enterprises) is a process rather than an assistance programme. It will represent a system whereby member states can exchange a part of their EU structural funds to obtain a set of financial products specifically engineered for micro, small and medium enterprises. In other words, instead of using EU structural grants as such, member states will be able to transform them into financial products. These will then be rolled over (reimbursed and used again) instead of simply "granted" once.

TSS: What countries will be eligible for the programmes and which projects will be given preference?

IP:Both initiatives will be available for member states covered by the EU's Convergence Objective, particularly the ten new member states that joined in 2004, plus Greece, Portugal, Spain, Bulgaria and Romania. However, given the potentially large number of major projects to be prepared, JASPERS must be selective and it is inevitable that resources will be concentrated where needs are greatest. It will concentrate resources on "large projects" supported by the Cohesion Fund and by the ERDF (these are defined as projects costing more than €25 million for environmental projects and more than €50 million in transportation and other fields).

JASPERS assistance will also be available for a range of sectors, notably those covered by the future Cohesion Fund (primarily Trans European Networks and environmental projects, but also energy efficiency, renewable energy, intermodal transport systems, urban transport), as well as large projects in other sectors supported by the ERDF, such as schools and hospitals, research and development, telecommunications networks or industrial projects.

TSS: The gap between the wealthy West of Slovakia and the underfed East continues to grow. The EIB says to have worked with the European Commission to develop various types of technical assistance to help member states to use EU grants more effectively. Could you give some concrete examples of such technical assistance? Has Slovakia used any of it?

IP: The technical assistance you mention will be operational from the start of 2006.

As for uneven developments in Slovakia, the EIB is well aware of the issue. Transportation infrastructure development is needed to reduce the mentioned disparities. The EIB is financing projects towards the implementation of the Slovak National Motorway Programme and is looking together with Slovak partners to accelerate this process, especially through the financing of motorway construction projects with the Slovak National Motorway Company.

The Bank is also co-financing foreign direct investment projects that should help accelerate economic development in all of Slovakia's regions. However, foreign investors mention adequate infrastructure as one of the most important conditions for their investments.

TSS: You recently attended the Central European Initiative in Slovakia, a meeting attended by the European Union's heads of state. What were the most interesting outcomes of the meeting?

IP: The Central European Initiative represents a very important platform for meeting politicians and experts from EU member states and countries preparing for EU membership. For me, it was very important to meet people from the current and future EU countries and learn about their needs. The EIB finances projects to help some of them prepare for EU accession as well as projects that are in the European Union's interest in current EU countries.

The latter helps reduce differences in economic development within the EU, fosters cooperation in Europe and avoids the creation of new dividing lines across our continent. Such cooperation also helps regions on the EU border, for example Eastern Slovakia, develop harmoniously with neighbouring regions and countries

TSS: The Presov self-governing region might receive a loan worth Sk1.3 billion (€34 million ) from the EIB. The region plans to invest the money into roads. Prešov officials were positive about the EIB's approach to the loan, calling it flexible. Where else in Slovakia is the EIB negotiating loans?

IP: Currently, the EIB is in contact with several Slovak regions, for example the Bratislava region. However, the negotiations with the Presov region are well on track and the most advanced.

TSS: Based on its accession treaty, Slovakia is obliged to decommission its nuclear plant in Jaslovské Bohunice, which will have a considerable impact on the country's energy producing capacities. How could the EIB help Slovakia in the area? What kinds of projects could the EIB support?

IP: The EIB finances projects focused on the increase of efficiency and capacity of electricity production as well as on developing renewable energy resources while respecting the relevant EU standards in the area of environment. Having this in mind, the EIB can provide loans to upgrade and build thermal power plants, hydro power plants as well as utilities using wind power, geothermal and solar energy.

TSS: The EIB has been criticized by CEE Bankwatch Network for what they call "leaving its global loans system open to abuse" by relying simply on good relations with intermediary banks. What are the control mechanisms that the bank is using to determine whether or not the benefits are in fact fully reaching the beneficiaries and contributing to the EU policy goals?

IP: As mentioned earlier, the EIB is committed to providing long-term loans to SMEs to finance their investments and facilitate the development of this very important economic sector. However, the EIB cannot deal with every project submitted by a SME. Therefore, SME investments are financed indirectly through intermediary financing institutions.

The EIB has a strong record of cooperation with such banks. These banks report back to the EIB regarding where the funds were lent. In addition, the EIB is working to increase its network of partner banks in individual countries to foster competition among them, which should benefit SME customers.