Bratislava could compete as congress destination

ALTHOUGH congresses are still going mainly to cities such as London, Paris, Barcelona, Vienna, and Prague, very soon the time should come when companies will want to bring their clients and employees to new cities. 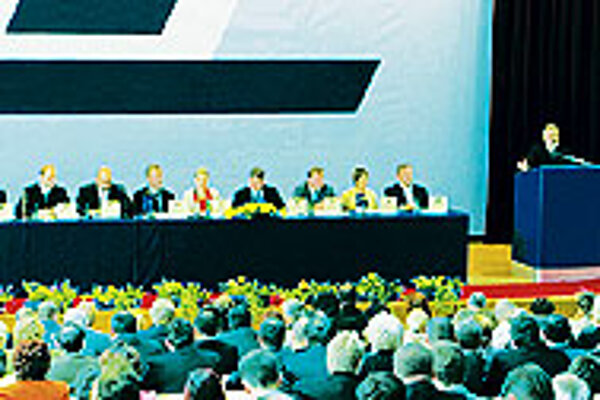 Font size:A-|A+0
ALTHOUGH congresses are still going mainly to cities such as London, Paris, Barcelona, Vienna, and Prague, very soon the time should come when companies will want to bring their clients and employees to new cities.

Bratislava would like to be among those cities. Thanks to its location the city is a gateway to Eastern Europe with a record of several years of steady growth.

Insiders say that if the city builds large congress facilities with a capacity for 1,000 guests then the door will be open for Bratislava as a successful congress tourism destination. However, at the moment the city lacks such facilities.

Thomas Bauer, general manager of the Crowne Plaza Bratislava told The Slovak Spectator: "I think within the next five years, due to the expansion of the two airports - Bratislava and Vienna - and if the city installs a congress centre in Bratislava, the city will attract a lot of that kind of business. It has already become more and more the platform between East and West and its importance will definitely grow."

Miriam Lackovičová, deputy sales director of the Radison SAS Carlton, agrees that if new congress centres were built, then there would be a boom in congress tourism.

Even without new congress facilities, hotels in Bratislava expect growing competition in the city in the near future. International hotel chains have already announced they want to come to the city and large developers intend to build the country's five-star hotels (so far there are no such hotels in Slovakia).

Although Martina Koscelní-ková, sales executive of the hotel Danube, thinks that the current accommodation on offer meets the current demand she is not afraid of competition from future facilities of high quality. She expects more guests to come.

The Crowne Plaza's Bauer is confident that the arrival of more international hotel chains in Bratislava can also bring benefit to hotels currently in the city.

"I am more than happy that other international hotel chains are going to come to Bratislava. This means more and more destination marketing for Slovakia and in particular for Bratislava. I assume that with the new hotels coming to Bratislava, congress facilities will be built as well and then the city can take a lot more new hotels," explained Bauer.

Lackovičová of the Carlton hotel is looking forward to the new healthy competition too. "Bratislava urgently needs more accommodation capacity. The city has great potential," she said.

So far the hotels are able to host congresses for just 300 to 500 people with the provision of all the necessary additional services.