Kenneth Snelson: Art as a science

IN 1965, the architect Konrad Wachsman, who, together with Walter Gropius pioneered industrial prefa-bricated timber constructions and also invented tensile structure, showed me a short manifesto by the American artist Kenneth Snelson. 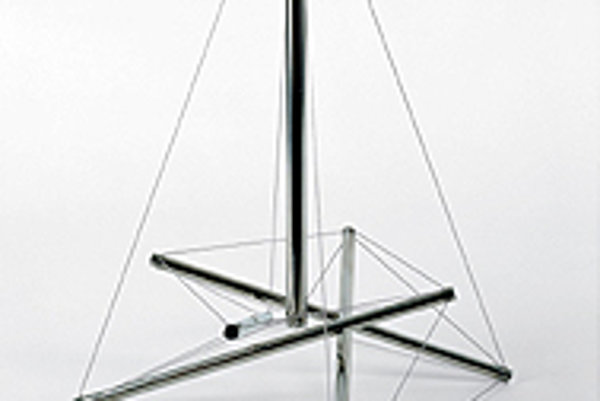 Font size:A-|A+0
IN 1965, the architect Konrad Wachsman, who, together with Walter Gropius pioneered industrial prefa-bricated timber constructions and also invented tensile structure, showed me a short manifesto by the American artist Kenneth Snelson.

"He is good," said Wachsman, who had always been cynical about art, even at its most logical and rational. The manifesto carried a photograph of Snelson in his study in Los Angeles, in the massive space research facility where he was teaching.

In 1968, I saw an exhibition of Snelson's works in Bryant Park in Manhattan in New York. Among the seemingly infinite structures was a needle tower, almost 20 metres high. A great work, it was magnificent from whatever perspective you viewed it.

These accomplished, decep-tively simple, works are part of an immense body of work illustrating how, although

man believes himself to be living immersed in science, he is in fact quite remote from it. The science that reaches humanity is often devalued and little used.

In Snelson's work we strive to see the reason for a piece. It is a structure, a balance of forces; to realize it everything has to be executed with mathematical precision: it is the result of endless calculations in which nothing is incidental.

Snelson was deeply involved in the study of these structures, small and large, almost always reaching to the outer limits of the possible. In the 1980s he started to process his ideas through examining the structure of the atom.

Since then his illustrations of the atom have become more detailed. The results were presented at the academy of sciences in New York at an exhibition entitled Kenneth Snelson: The Nature of Structure.

An artist who has used a wide range of techniques, Kenneth Snelson has said he could still invent and project images onto famous landmarks, such as the crossroads between East River Drive and Brooklyn bridge in New York, or the Rialto bridge in Venice, in a way that is not banal and predictable. However, he has also made these images available as paper documents.

Snelson's works - the collapse of lines, blow-ups and reproductions - follow certain mechanistic, and therefore verifiable, lines. They de-monstrate great respect for technology and for what it has given to mankind.

They also, according to the artist, confirm that man is better off with technology than without.