THE COALITION government can now relax. Despite expectations to the contrary, the Slovak parliament passed the 2006 state budget with the support of 79 out of the 142 MPs present. 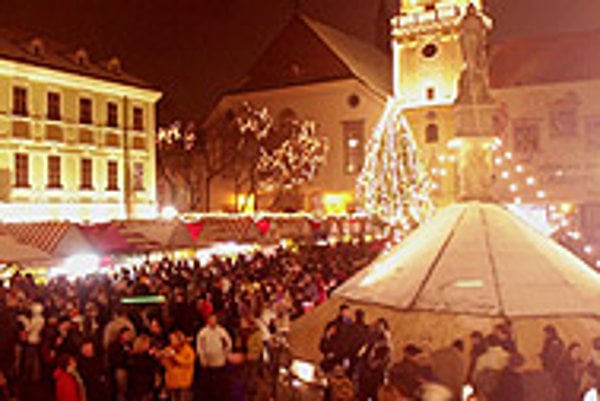 Font size:A-|A+0
THE COALITION government can now relax. Despite expectations to the contrary, the Slovak parliament passed the 2006 state budget with the support of 79 out of the 142 MPs present.

What many assumed would be a Herculean task thanks to the government's minority status turned out to be an easy assignment for Finance Minister Ivan Mikloš and his team.

Only five out of 40 amending proposals found support. The most significant change made to the original plan submitted by the cabinet is an increase in total revenues and a Sk4.5 billion (€120 million) decrease in the state budget deficit.

Prime Minister Mikuláš Dzurinda said that by having the state budget passed, Slovakia will enter the new year a stable country.

"Thanks to the budget, Slovakia's economy will positively develop, establishing a stable ground for new jobs and better living standards for Slovaks," the prime minister told the press.

Mikloš said that the budget creates conditions for healthy economic growth and says it is not a populist budget, even though the government is facing an election year.

The opposition however, does not share the cabinet's budget optimism. It says that the budget puts social services and healthcare at risk. It also claims that the government should have been more tight-fisted when it comes to spending.

Both Dzurinda and Mikloš thanked the deputies for showing moderation in their amendment proposals by not deepening the public finance deficit. Slovakia needs to be increasingly careful about this if it wants to meet the Maastricht criteria.

Hanzel said he voted in favour of the budget because he found it "reasonable". His party bosses already hinted that they might take him to task for giving his support to the Dzurinda government.

However, three opposition deputies saw their amendments included in the approved budget. Beata Brestenská of the New Citizen's Alliance (ANO) submitted an amendment proposing that the state pour Sk800 million (€21 million) into a project called Infovek designed to "computerize" Slovakia.

MPs also passed the 2006-08 public administration budget proposal, with 80 out of the 142 MPs present in favour. Fifty-nine MPs voted against the proposal; two abstained and one MP didn't vote.

According to Dzurinda, political parties are sending a positive message when the governing coalition and the opposition are able to reach consensus over issues of national and state interest. The state budget is important because it must fulfil the Maastricht criteria or threaten Slovakia's inclusion in the common European currency.

For his part, Mikloš feels that parliamentary deputies are acting fiscally responsible and that most of them realize that creating debts and deepening the deficit is unhealthy for the country.

Some opposition deputies voiced concern that the coalition might have bribed independent deputies to help pass the budget. However, Minister Mikloš denied having any private talks with deputies over the budget. He claims that the soundness of the budget was the only persuasive force behind the passage.

Education Minister Martin Fronc was happy to see the healthcare sector receiving an increase next year. Primary and secondary schools will receive Sk2 billion (€53 million) more than last year, while the universities will get Sk1.2 billion more (€31 million) in 2006. Science and research coffers will swell by Sk600 million (€16 million) next year.

Analysts said it is a relief for the government that the state budget has passed, since it transmits a signal of stability towards investors and the international community.

"On the positive side, the approved budget adheres to the parameters proposed by the government. Indeed, the planned broad fiscal deficit equivalent to 2.9 percent of projected GDP net of pension reform costs is in line with the government's long-term strategy of Maastricht-compliant fiscal consolidation and the three-year 2005-07 fiscal plan approved already a year ago. Also positive news is the relatively smooth parliamentary approval of the budget proposal and the ability to resist some of the pressure for above-plan spending in the election year 2006," the chief analyst with VÚB bank, Zdenko Štefanides, told The Slovak Spectator.

"On the other hand, however, we argued two months ago that the 2006 fiscal plan is bit softer than envisaged when the headline targets were set a year ago. The faster-than-expected economic growth and decline in interest rates could have allowed for a more pronounced deficit reduction than proposed," Štefanides added.

However, some think the adherence to the original 2.9 percent-of-GDP headline gap provides some fiscal leeway for the present government at the expense of the next, which will have to adopt a relatively strict fiscal stance in 2007 to deliver the all-inclusive fiscal gap target of 3.0 percent of GDP.

Analysts also think that the state budget should have no significant impact on the foreign exchange market. The crown would only have reacted negatively if deputies had not approved the state budget for next year, they say.