SLOVAKIA scored a new record as far as low voter turnouts go. Roughly 11 percent of eligible voters cast their ballots in the December 10 run-off elections that determined who will head the country's higher territorial units (VÚCs). 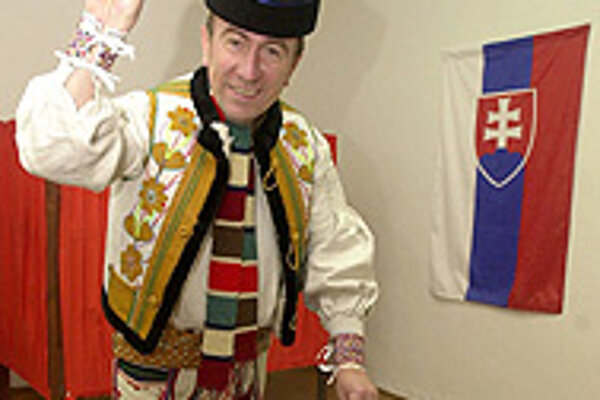 Although the first election round on November 26 drew just 19 percent of the vote and thus signalled the public's general disinterest in regional elections, observers were unpleasantly surprised to see that the run-offs, in which eight VÚC chairmen were elected, plummeted to a mere 11.1 percent.

Analysts warn that the composition of some regional governments, which include predominantly pro-coalition politi-cians and opposition chairmen, will lead towards political tensions. The new VÚC representatives will convene in January of next year.

According to Peter Mach, the head of the Slovak Statistics Office, the 11.1 percent figure is the lowest voter turnout ever in the history of elections since Slovakia declared independence.

President Ivan Gašparovič was among those who expressed major disappointment.

"It's not only the fault of politicians, but also of the public, because they don't want to grasp that only they can change the state of affairs. In the vote itself, the politician is secondary. It's the voter who is most important," Gašparovič said.

Smer's Fico pinned the low turnout to bad weather, lack of information about the elections, as well as public apathy and distaste with politics.

According to Pavel Haulík, political analyst with the MVK agency, "It really makes no difference whether the turnout is 18 or 11. In both cases, it is way too low."

He thinks low turnout has been a problem for a while. "Although it is not likely that the general election next year will see such an extremely low turnout, we can expect to see a lower turnout than in previous years," Haulík told The Slovak Spectator.

There are many factors that influence low turnout, according to the analyst, including "a disillusionment with politics in general" as well as the way Slovak political parties behave.

"Another factor is the failure of the current VÚC representatives to meet the public's expectations on how the regional units should operate. They did not convince voters that VÚCs are necessary at all," said Haulík.

According to some analysts, low turnout to some extent decreases the legitimacy of the elected officials.

It also creates ways for non-standard forces to enter politics, warns Ivan Šimko, an independent MP who was a member of the general VÚC election committee.

"The decreasing interest of the people in public affairs is a threat to the basics of the democracy and a feeding ground for the arrival of autocratic ideologies and leaders," Šimko said in an official statement released after the election results were announced.

He noted that the run-off regional election results were actually so tight that if 22,000 more voters cast their ballots - a mere 0.5 percent of Slovakia's eligible voters - the results in six of the eight regions could have been overturned. In other words, the current losers could have won.

According to Haulík, this slim margin points to an affair that surfaced in the Prešov region, in which VÚC Chairman elect Peter Chudík was alleged to have hauled Roma to polling stations to cast their vote in his favour.