THE UNITED Kingdom is trying once more to get European Union members to swallow its EU budget proposal for 2007-13. Britain's last attempt failed on December 7 when foreign ministers across Europe decided that the draft budget was tight fisted towards new EU members and failed to reflect the principle of solidarity. 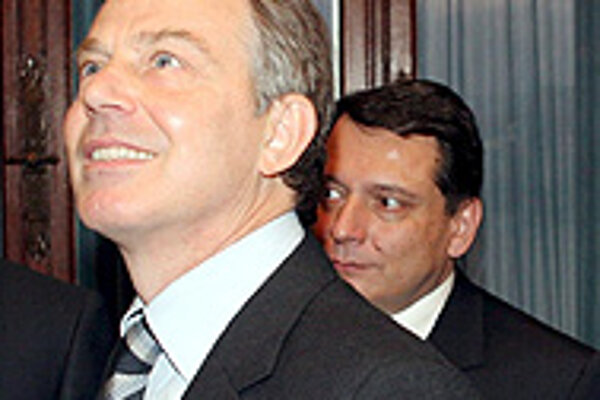 Font size:A-|A+0
THE UNITED Kingdom is trying once more to get European Union members to swallow its EU budget proposal for 2007-13. Britain's last attempt failed on December 7 when foreign ministers across Europe decided that the draft budget was tight fisted towards new EU members and failed to reflect the principle of solidarity.

Now the UK is adding €2 billion to the budget specifically to help assuage the fears of EU newcomers scared to see their developmental assistance cut.

About to wrap up its European Union presidency, the UK lent a sympathetic ear to Slovakia. The draft budget increases EU assistance to to help Slovakia pay for the closure of nuclear reactors at the Jaslovské Bohunice power plant.

Slovakia could see €375 million extra in compensation for the shutdown, a figure less than the originally requested €400 million but significantly more than the €237 million that Brussels previously offered.

Compared to the €847 billion budget envisaged by London in the previous proposal, the new budget draft provides for an overall expenditure of €849.3 billion (Sk32.2 trillion), with extra money provided for new EU member states.

"The proposal is a good step towards agreement," he told the press.

The proposal allows EU newcomers to pay value added tax (VAT) for EU projects directly out of EU funds instead of state budgets, a move that pleases the prime minister.

Based on estimations, EU newcomers could save as much as €15 billion annually.

Slovakia's position is that it is open to a budget compromise as long as some of its priorities are acknowledged.

"Representatives of Slovakia attending the EU summit have a mandate to negotiate the best possible conditions for Slovakia, but not at the price of failure to reach an agreement," Martin Urmanič told The Slovak Spectator on December 15. Urmanič is the spokesman for Pál Csáky, the deputy prime minister for European Affairs.

Urmanič said that Slovakia is aware of the country's limitations and that it is better to reach a compromise that satisfies Slovakia on some accounts than not reach an agreement at all.

"The Slovak delegation left for the summit with priorities, such as obtaining €400 million for the closure of Jaslovské Bohunice, the possibility to include VAT as a part of organic expenses in the implementation of investment projects, or that the share of co-financing projects with the structural and cohesion funds is increased from the current 80 to 85 percent, which would save withdrawals from the state budget," Urmanič told the Spectator. Some EU members felt that the new EU draft budget represented a facelift rather than a substantial improvement to the previous proposal.

"We do not accept the principles that guided the British when elaborating the budget. It lacks solidarity, which should be the guiding line for the EU. Trying to save money at the expense of new EU members means that the stability we demand is not yet coming. We are still waiting for a good budget proposal," Marcinkiewicz said in an interview with the daily SME.