THE HISTORICAL town of Kremnica in Central Slovakia may return to the activity on which it built its reputation - gold mining. In the 14th century the town became famous for its gold as well as having the world's first mint, which is still operational today. 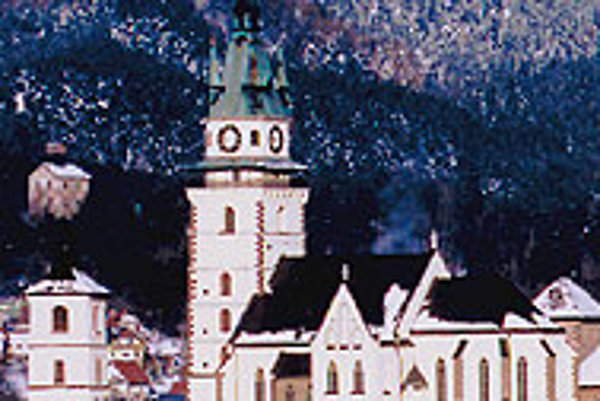 Font size:A-|A+  Comments disabled
THE HISTORICAL town of Kremnica in Central Slovakia may return to the activity on which it built its reputation - gold mining. In the 14th century the town became famous for its gold as well as having the world's first mint, which is still operational today.

However, gold mining stopped in the town in the second half of the 20th century after it ceased to be profitable.

Now Kremnica is considering reviving its gold mining practices. The results of a geological survey and the rising price of the precious metal on the international markets have aroused passionate response among the townsfolk.

Canadian company Tournigan Gold has now finished a detailed geological survey, which took several years to complete, through its daughter company Kremnica Gold. According to the director of Kremnica Gold, Boris Bartalský, the preliminary findings of the survey are encouraging.

"It is possible to measure the resources very accurately based on this survey. The final results should be ready in a very short time. The numbers published in the past will not be changed very much. In fact, the survey confirmed the accuracy of the numbers," Bartalský told The Slovak Spectator.

In a previous interview with The Slovak Spectator Bartalský said that if the value of the gold on the international markets falls below $200 (€184.4) per ounce, the investment needed to explore gold around Kremnica would be economically unfeasible. At that time the price stood at about $400 (€369) per ounce.

The current situation on the international markets stacks the decks in favour of gold mining. On December 7, the price of gold hit a 24-year maximum when it reached $510.8 per ounce. A week later, on December 14, gold was at $515.10 per ounce.

According to Bartalský, Kremnica Gold wants to submit a business plan on mining the gold along with a study on environmental impacts by international consultancy firm Golder Associates, together with Envigeo Banská Bystrica, to the Environment Ministry. Afterwards, the company plans to work out a feasibility study and to start the process of arranging various permits, including a construction permit.

"If everything goes smoothly we could start exploiting the gold in 2008-2009," Bartalský added. The project itself should create 120 jobs while relevant suppliers and providers of services should provide an additional 200 to 400 jobs. The exploitation of the gold should last at least 10 years.

Tournigan Gold pointed out that it plans to build the technological equipment in a way that would keep impact on the environment at a minimum. The visual impact would also be minimal.

Municipal institutions and the local public will be invited to a discussion of the study on environmental impacts.

as well as environmental organizations are suspicious about the prospect of exploiting gold in the immediate vicinity of the Old Town, which has been trying to become a UNESCO site.

The surface mine should be in the locality of Šturec, which was used as a mine in the past, but in the meantime has become one of the most beautiful parts of the town. Additionally, in September this year, Kremnica succeeded in obtaining an EU grant of Sk120 million (€3 million) to fund the development of tourism.

Daniel Kianička of the civic organization SOS Kremnica is afraid the surface mine could harm historical buildings and change the whole character of the landscape. Efforts to devote Kremnica to tourism could thus be in vain.

"The problem is that the surface mine would be right next to the town. There are baroque buildings and those would have to be moved or even pulled down. The historical centre of the town suffers from shaking even now. What would happen if explosives were used at a mine near the town? An intepretive trail educating people about mines has been built right in the locality of the potential mine. We do not know what would happen to that. If we look at surface mines anywhere in the world, they look like the moon," Kianička told The Slovak Spectator.

"We know that Kremnica should be grateful to the mining industry for its history, but at this time it would be better for the region to focus on tourism development. Tourism has the potential to create the same number of jobs," he added.

A spokesman for Greenpeace in Slovakia, Juraj Rizner, says that cyanide used for the processing of gold represents one of the main environmental risks if waste management is not carried out properly.

However, Greenpeace said it needs the project documentation to be able to define the environmental risks properly.

"Although we asked for it [project documentation] some time ago, we have still not received it, " Rizner said. He added that in the coming days they want to turn to state and municipal institutions for more information.

Bartalský from Kremnica Gold said that Kremnica had seen gold mining for almost 1,000 years. Almost all the ways to exploit gold were used there, including deep and surface mining as well as various ways of processing gold, including using cyanide.

The surface mine in Šturec stopped operating in 1992 and Kremnica stopped using cyanide for gold processing in 2002.

"Nothing new has been invented. Of course, our intention is to use the latest technologies and consider all the environmental risks," Bartalský said.