Japan inspires once and for all

ARTIST Pavol Guštafík went to Japan in 1997. He became interested in calligraphy. But when he returned to Slovakia several years later, he encountered a problem: there was nowhere to find the right paper and brush for painting Japanese script. For a change he turned to a different sort of art - American retouch on canvas. 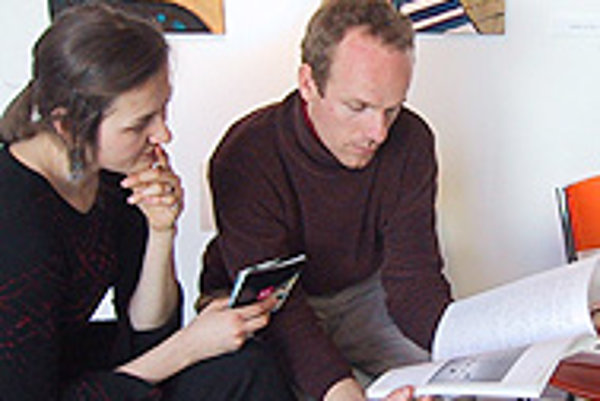 Font size:A-|A+0
ARTIST Pavol Guštafík went to Japan in 1997. He became interested in calligraphy. But when he returned to Slovakia several years later, he encountered a problem: there was nowhere to find the right paper and brush for painting Japanese script. For a change he turned to a different sort of art - American retouch on canvas.

"Japan as a country and its atmosphere has certainly affected my work," says the artist.

These days, Guštafík and Andrea Škreňová, another Slovak artist changed forever by Japanese-inspired design, exhibit their works in Pezinok. Four Japanese artists show their works alongside the two Slovaks.

Entitled Transparency, the exhibition is part of an official 2005 exchange project between Japan and the EU countries, and runs until January 14. "Each person wants to hide as well as reveal something from the world," says Guštafík. "Transparency is the window into our souls," he adds, explaining the exhibition's title.

"I found polymer clay during my stay in Japan. It is lighter than ordinary clay and does not break," Škreňová says. The soft material inspired the ceramist to focus on jewellery.

Both Guštafík and Škreňová joined an international artistic community while in Japan, where they were able to fully develop their ideas. Also, the country's unique atmosphere seeped into their minds forever.

"I miss the nice, detailed visual style of the Japanese. I seek it here, but people tend not to emphasise the visual aspect of things," Škreňová says, as she flips through a Japanese cookbook with illustrations of elegantly arranged meals. "When you come to Japan, you become a different person. The country affects your creativity."

For Guštafík the country's lure was strong. He even began to learn a traditional Japanese art - calligraphy. He found a teacher and practised eagerly. But his return to Slovakia forced him to stop.

"One needs to keep on practising the brush strokes. If you don't have the right material and a teacher to provide you with feedback it is impossible to learn it the right way," explains the artist. The art appealed to him for its purity of expression - a clear emotion rising above and suppressing other feelings.

However, despite a work's supposed simplicity, Guštafík knows that hundreds, even thousands, of attempts are necessary before one perfect painting can be achieved. No wonder that perfectionism inspires artists all around the world, who, though, apply a different philosophy to their works than followers of traditional Japanese art.

"Artists in Slovakia, as in the rest of Europe, search for a unique style of creation. The Japanese, on the contrary, tag on the years-long tradition of learning 'the way' from their teacher. However, a foreigner always stays a foreign artist in their eyes, even if he learns the technique," says the inspired Guštafík, who has set his own artistic path.