THE REGIONAL Court in Bratislava has ruled that suspected terrorist Mustapha Labsi must be extradited to Algeria. 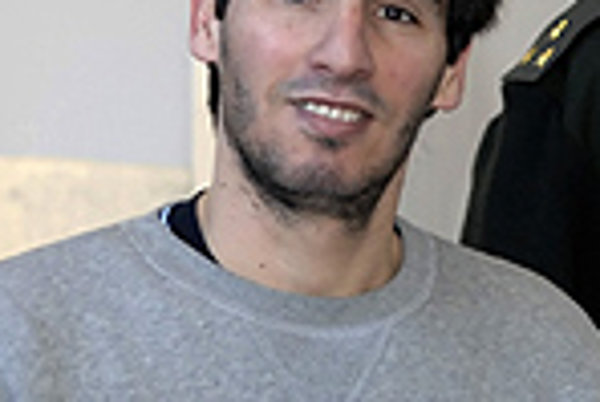 THE REGIONAL Court in Bratislava has ruled that suspected terrorist Mustapha Labsi must be extradited to Algeria.

Labsi, an Algerian citizen, was sentenced in absentia by the Algerian courts to life imprisonment, and the Algerian authorities asked for his extradition.

He has appealed the November 30 verdict of the Bratislava court. Labsi said he would face torture or even death in Algeria.

Labsi is suspected of collaborating with the international al-Qaida terrorist network. He allegedly went through terrorist training in Afghanistan, established links with al-Qaida members and other terrorist groups from England and Canada, and became a member of the GSPC Algerian terrorist group in London.

He was also sentenced in France to five years in prison without parole for his role in preparing terrorist attacks in France and forging ID documents. He served the sentence in a British prison.

Labsi, 37, has been held in Slovakia since May 2, when he was arrested on an international warrant issued by Algeria.

At the trial, Labsi denied any involvement in terrorism.

“In England, I was released and extradited to France,” he told journalists outside of the courtroom. “I am free. I was set free. I am not a terrorist. The only problem is politics.”

The extradition is based on a bilateral agreement on legal assistance between the former Czechoslovakia and Algeria, dating from 1984. It says that people who are prosecuted or sentenced to more than one year in prison while they are in one of the states must be extradited.

Iveta Zelenayová, the chief judge of the Regional Court, read a list of all the documents from Algeria – arrest warrant, verdict and verbal report – that the Regional Court used to come up with the extradition ruling.

The prosecutor stressed at the trial that Labsi committed acts that are considered crimes under both Algerian and Slovak law, and they were not political crimes. She also cited the international warrant that led to Labsi’s arrest.

Zelenayová said the court did not find any legal reason to stop Labsi’s extradition.

“The evidence that was submitted has proved that Mustapha L. was rightfully sentenced in his homeland to life imprisonment for making and distributing forged documents, and for membership in a terrorist group operating in Algeria and abroad,” she said.

Labsi’s lawyer, Milan Menyhart, said that since the international warrant was issued in 2001, Labsi had moved between EU states, and even been detained and sentenced, but the warrant was never upheld as grounds for extradition.

When Algeria issued the warrant in 2001, Labsi was in prison in the UK, and the British authorities refused to deliver him to Algeria, Menyhart told The Slovak Spectator.

He said his client was held in custody illegally in Slovakia, and argued that Labsi was brought to Slovakia without any legal reason.

Labsi, who is married to a Slovak woman, came to Slovakia in 2006 and requested asylum. He was extradited by the police on April 26 of that year and ended up in Austria, where he once again asked for asylum, Menyhart said. His request was denied and he was returned to the country where he came from: Slovakia.

“I keep asking – why did the police take him back from Austria, when he was extradited before by members of the same police corps?” Menyhart told The Slovak Spectator. “Why was he extradited, only to be put in preliminary custody later? And all this happened because of an arrest warrant from 2001?”

Menyhart said the Slovak authorities made several procedural mistakes that harmed his client.

Under Slovak law, Labsi was to be held in preliminary custody for 40 days. At the end of that time, Algeria had to deliver the original arrest warrant, which Slovakia could use to extradite Labsi. But before the June 10 deadline, Slovak officials started citing the 1984 agreement as grounds for extradition.

Under this agreement, on June 8, Slovakia put Labsi into preliminary custody for the second time, Menyhart said.

“Why was the reason for the preliminary custody changed later on?” he said.

“He is tired of the whole – in fact continuous – sentencing and custody.”

When the Slovak Immigration Office rejected Labsi’s request for asylum, Labsi did not exercise his right to appeal the decision, according to Peter Kresák, the head of the office for the UN High Commissioner for Refugees (UNHCR) in Slovakia.

“Mr. Labsi turned down this option,” Kresák told The Slovak Spectator. “So the UNHCR lost the chance to give him legal help in any way. He exempted himself from our protection, and now it is difficult for us to protect him.”

Kresák said he was surprised by the extradition ruling, but refused to comment further. However, earlier this year, he told Slovak media that the UNHCR believed Labsi would face torture and inhumane treatment in Algeria.

The UNHCR gets its information on Algeria from reliable sources, such as Amnesty International and other international groups, Kresák told The Slovak Spectator.

The Algerian authorities pledged in writing not to torture Labsi physically, or to sentence him to death after his extradition, Zelenayová said.

“These guarantees cannot be monitored, and they are not legally enforceable in any way,” spokesperson Monika Navrátilová told the Markíza private TV channel. “We have a lot of evidence of cases in the past when, in spite of such diplomatic guarantees, people extradited to Algeria were subject to torture.”

“There are no guarantees that this person will not be harmed and that he will not be tortured,” he said.

The Supreme Court is expected to rule on Labsi’s extradition in the coming days. If it does not find flaws in the Regional Court’s ruling, Slovakia can only extradite Labsi to Algeria after the extradition documents are signed by the Justice Minister Štefan Harabin.

The ministry has not taken a stand on the case.