A guitar in his hands, flamenco in his soul 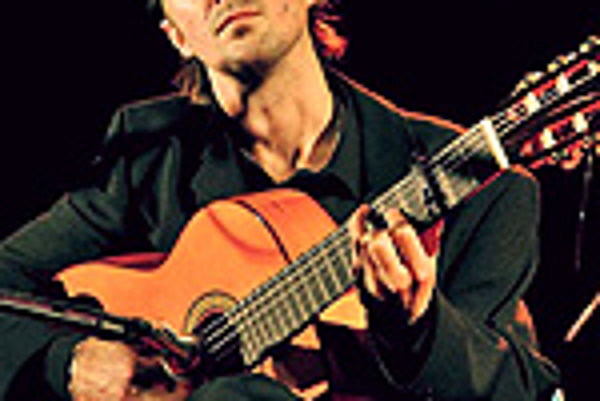 Branislav Krajčo is a rare exception. Since moving to Spain’s Andalusia region in 1999, the 33-year-old Bratislava native, who is known professionally as Flaco de Nerja (The thin one from Nerja), has become one the most sought-after and critically acclaimed flamenco guitarists of his generation.

In 2001 and 2004, Krajčo placed in the finals of the prestigious National Art of Flamenco Competition in Córdoba. In 2003, he recorded his first CD, Axarquía. And in 2005, he shared the stage with the legendary Spanish classical and flamenco guitarist Pepé Romero.

The Slovak Spectator spoke to Krajčo after his performance on December 1 at the Bratislava Flamenco Festival, which he co-founded in 1998.

The Slovak Spectator (TSS): How did you become interested in playing flamenco?

Branislav Krajčo (BK): My first experience was in 1987 when I heard a tape of Paco de Lucía. Most of my friends were playing country or folk then and the country’s borders were closed, so I had never heard anything like flamenco before. I played along with the tape and started learning it.

TSS: Where did you get the nickname Flaco de Nerja?

BK: Nerja is a town about 50 kilometres east of Málaga, where I played for tourists as I got to know and worked with other flamenco musicians. When I left it to play in other parts of Andalusia, I was given a nickname, which is something commonly done in flamenco. This one stuck.

TSS: Flamenco is a quite different style of dance than one would see, for example, at a performance by the Slovak folk ensemble Lúčnica. What made you think Slovaks would be interested in a flamenco festival?

BK: First of all, anyone can enjoy flamenco because it’s not about style, but about feeling. Also, out of five million people, Slovakia has hundreds of thousands of Gypsies, and flamenco is really their art form. I thought Slovaks would understand this kind of Gypsy music.

TSS: Flamenco is played in different regions of Spain and performed to various kinds of instrumental accompaniment. In your opinion, what is authentic flamenco?

BK: Authentic flamenco is anything - playing, dancing, or singing - that comes from the heart. Of course, it is also about improvisation and certain harmonies and rhythms. As well, flamenco is originally from Andalusia, just as authentic Slovak music could be said to be from Orava or eastern Slovakia.

TSS: What was the most important thing [famous flamenco guitarist] Emilio Maya taught you during your lessons with him?

BK: We didn’t do a lot of talking. He demonstrated some technique, but most of our communication was done through playing together. I learned an enormous amount about feeling the music by experiencing it through and with him.

TSS: Some people say that cante (singing), not dancing or playing, is the purest form of flamenco. Do you agree?

BK: I do, because singing is the most connected to natural human behaviour. Humans have been singing for thousands of years. I can’t say singing in flamenco is more difficult than playing or dancing, but among the artists of Andalusia, singers are the rarest kind.

TSS: Obviously, the guitar is a very important element of flamenco music and a musician’s performance. What makes a good flamenco guitar?

BK: There are some details about the kind of wood or the quality of the strings, but I think a good guitar, first and foremost, must be handmade with the love of a craftsman who pours his heart into it. One example is Ricardo Sanchís Carpio in Valencia. We can talk about how he uses Spanish cypress, just like we can talk about the price of a Mercedes, but in the end, what’s most important is that he loves what he makes. And as a musician, you feel that in your hands and in your soul.