GABRIEL Kádasi says he was always playing with the idea that it would be nice to live abroad, at least for a while. Now he lives in London, working as an associate analyst for Moody’s Investors Service, one of the world’s most famous rating agencies. 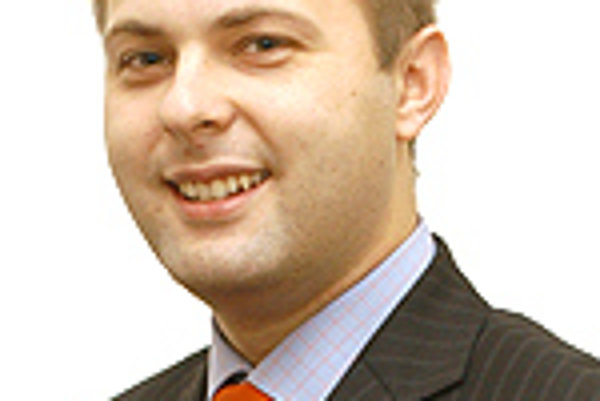 GABRIEL Kádasi says he was always playing with the idea that it would be nice to live abroad, at least for a while. Now he lives in London, working as an associate analyst for Moody’s Investors Service, one of the world’s most famous rating agencies.

The idea of studying abroad was already on his mind when he was deciding which Slovak university to choose. Knowing that he wanted to study something business- or economy-related, Kádasi went for the Faculty of Management at Comenius University in Bratislava.

“I liked the fact that they were using foreign literature and part of the curriculum was in English,” Kádasi says.

The Faculty of Management already had active partnerships with some foreign universities at the time, so he believed it would be a good step towards studying abroad. But even though there were opportunities, mostly through EU-funded exchange programmes, he never used them.

“I once tried to apply but it did not work out, and after that I did not really look into it, because I started working in the media and didn’t want to give up my job,” Kádasi said.

His newspaper colleagues remember him as a successful young business reporter for the Slovak daily Sme, and later the SITA press agency. He says there were many aspects of his journalistic work that he can build on in his present job.

“Maybe the main one, which actually helped me to get my current job, was that I knew the Slovak banking sector very well, since I was mostly covering financial companies,” he said.

As an analyst, Kádasi writes a lot of reports, so he also appreciates the writing skills he gained as a journalist.

However interesting he found journalism, after one year of full-time business reporting he was ready for a career change. He graduated from the Faculty of Management with a specialisation in financial management and he wanted to work in a field more related to his studies.

The old dream of living abroad came back, even stronger after two summers spent working in the UK during university. So while he interviewed for finance jobs in Slovakia, Kádasi started investigating the possibilities of studying abroad.

“I thought it might be a good way to make a career change with further studies, and possibly with some overseas work experience,” he said.

He picked England because it seemed a “safe” option, because he had been there few times before and liked it. Besides, costs played an important role, because Kádasi financed his education himself, with the help of his parents.

Kádasi chose Kingston University in London, because of the good reputation of its business school.

“And since it was one of the younger universities, the costs were also somewhat lower,” he said. “I had a writing-related job during my studies, which I could continue from London, and it paid enough to cover my monthly expenses except accommodation.”

Indeed, his example shows that it’s possible to get a decent education abroad without any great funding opportunities.

Kádasi pursued an MA in international finance, “which built on the things I studied in Slovakia but went deeper and was more job-related,” he said.

The one thing he liked most about studying in London was the international environment. He studied with people from different countries and he is still in touch with some of them, even those who left the UK and returned home.

Another difference is that British universities are more businesslike than those in Slovakia, he said.

“Although they do not like to be seen as business entities in the UK, they have to compete with each other for students to earn their revenues, and therefore the level of services they provide is better,” he said.

International experience can give students as much as they are ready to absorb, Kádasi says.

“In my opinion, going abroad and gaining a different view on how things can be done might be even more important than the studies itself,” he said.

“And I believe it opened the door to the City for me.”

As an associate analyst, Kádasi provides support to analysts in charge of the banks that are in his portfolio.

“I have been with the company for approximately one year and the work has been very diverse, partly because of the turmoil on the credit markets,” he says.

He likes his job because Moody’s gives you get a fair share of responsibility, even from the early stages of your career with them, and that makes the work more rewarding.

That’s one of the reasons why he is planning to stay in UK longer – but not forever, he says. He believes London is an excellent place to build a career in finance, but not as much for raising kids.

“When people ask, my wife and I say that we will stay one or two more years,” he said. “I have been saying that for the last four years. However, we would like to live somewhere closer to home in the future.”