ONE MINUTE after midnight on December 21, Slovakia will join the Schengen zone. And its security will be under closer scrutiny as soon as it does. 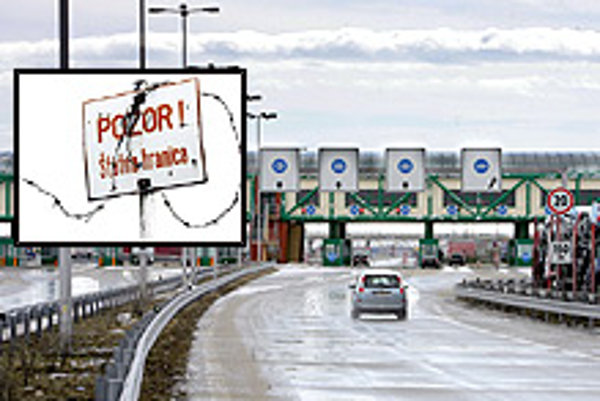 Border crossings will become a thing of the past for Slovakia and four of its neighbours - Austria, Hungary, the Czech Republic and Poland - once Slovakia joins the Schengen zone on December 21. (Source: Sme - Pavol Funtál, ČTK)
Font size:A-|A+

ONE MINUTE after midnight on December 21, Slovakia will join the Schengen zone. And its security will be under closer scrutiny as soon as it does.

“It will become a part of what used to be called Fortress Europe,” security analyst Ivo Samson told The Slovak Spectator.

By joining the Schengen zone, Slovakia will undeniably become a part of the intra-European zone of free movement – whether it concerns people or goods, Samson said.

Slovakia will become the eastern border of the EU, along with Poland and Hungary. This will be the new border used to separate the expanded EU from Eastern Europe – countries like Slovakia’s neighbour, Ukraine.

“So Europe will be polarised to completely different entities, much different than those that have existed so far,” Samson said. “So it means building up some new division lines.”

Although the Ukrainian government has not considered introducing visas for Slovaks, Slovakia will require Ukrainians to have visas, he said.

“Slovakia will be a defense wall of Fortress Europe – if someone gets inside, he or she can move freely within its borders,” Samson added. “Thus, Slovakia will be monitored.”

The Council of Ministers of the European Union for Interior and Justice unanimously approved Slovakia’s membership in Schengen at its Brussels session on December 6.

Border checks at the land border crossings between the old and new Schengen zone member states will cease after midnight on December 21. Checks at international airports will be abolished by March 30.

“The Slovak Republic has fulfilled all the conditions in the area of air borders,” Vladimíra Hrebeňáková of the Interior Ministry Office communications department told The Slovak Spectator.

“The deadline for ending the checks at the airports was set by the European Commission. It is connected to April 1, 2008, by which date the flight timetables at airports will be changed.”

The head of the Czech National Anti-drug Central Office, Jiří Komorous, said Czech police have already been informed that some “Balkan” drug routes will run through the Czech Republic after the borders are opened, the ČTK newswire reported on December 10. Hrebeňáková said Slovakia does not face a similar risk. So far, Slovakia has been neither a transit nor a destination country for the so-called Balkan drug routes, she said.

“Slovakia – as well as the other countries of the Schengen zone – has sufficiently secured its inner and outer borders, and the countries are ready to solve any situation that occurs,” Hrebeňáková told The Slovak Spectator.

Samson agreed and expressed surprise at the Czech authorities’ statement.

“First of all, the drug routes should be controlled, or eliminated by stricter checks towards countries that are not part of Schengen,” Samson said. A bigger concern is that an illegal migration route crosses through Slovakia, he said.

“This route runs from Central Asia through Russia and Ukraine and through Slovakia; it continues to Europe, Hungary and Poland,” he said.

One of the main conditions for Slovakia to enter Schengen was making the eastern border checks stricter, eliminating drug smuggling and improving the control of illegal migration through Slovakia.

Twenty-three border control buildings have become useless public property as a result of Schengen, Hrebeňáková said. The Interior Ministry will offer the buildings to municipalities that are close to the border crossings, as required by law.

“Communities have shown an interest in these properties after we offered them,” Hrebeňáková said.

Another 14 buildings were transferred to nearby communities for free. “Other buildings will be used for the needs of the Border and Foreign Police, or other police divisions, even after the Slovak Republic joins the Schengen zone,” Hrebeňáková said.

Police officers who worked at border crossings will keep their jobs, Hrebeňáková said. The Office of Border and Foreign Police intends to keep all 28 border control departments to deal with international police cooperation, illegal immigration, illegal work and border crime.

“Six months after we join Schengen, the activities of the border police will be evaluated . . . and decisions will be made on personnel changes for police officers – for example, boosting the eastern border or the units operating in the interior,” she said.

Slovakia spent about Sk3 billion (€90.3 million) on construction and other preparations to enter the Schengen zone. After December 21, the Schengen zone will consist of 22 EU countries, plus Norway and Iceland. No border checks will be made at borders between these countries. The security of the territory is secured by common rules for guarding of the outer border. Schengen states closely cooperate by using the Schengen information system.