THE DIRECTOR general of the public Slovak Television (STV) was unexpectedly removed on December 11. 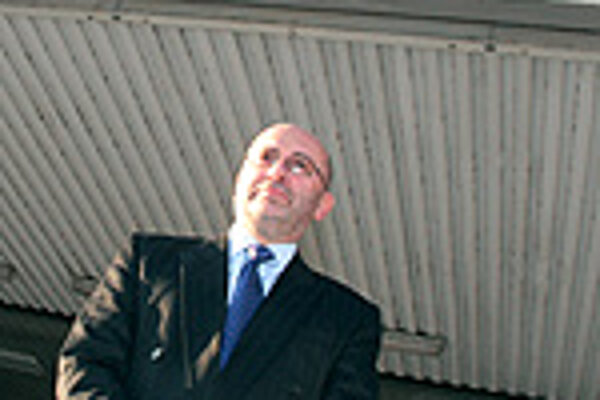 THE DIRECTOR general of the public Slovak Television (STV) was unexpectedly removed on December 11.

The broadcaster’s supervisory body, the STV Council, voted to dismiss Radim Hreha after a turbulent summer where several STV journalists quit in protest. Ten Council members were for his dismissal, two abstained from the vote, and three did not take part in the session.

The Council members said that Hreha did not fulfill his legal duties. He did not submit several strategic documents on time, and he was responsible for deepening the financial and programming debts, they said.

Under Hreha’s leadership, the STV did not fulfill the requirement to have “the majority of programming that was in the public interest or the share of independent European productions,” said the chairman of the STV Council, Bohumír Bobocký.

STV Council member Miroslav Kollár gave up the chairman’s seat because he did not agree with the election of Hreha by the council members last year.

“The qualities of Mr. Hreha are simply not sufficient to lead Slovak Television,” he told The Slovak Spectator.

Eleven journalists quit or were fired from the STV this year. Some journalists who quit said that political interference at the broadcaster were behind their decision. But shortly after his dismissal, Hreha told the media that he was not under any political pressure during his leadership.

“I am not saying that somewhere in the background, there could not have been such influences; but me personally, I have not met with it,” he said.

But media analysts said the reason for Hreha’s election last year was that he was close to the ruling Smer party.

MP Milan Urbáni of the junior coalition partner Movement for a Democratic Slovakia (HZDS) also fuelled rumours about the reasons for Hreha’s election.

“We made an agreement that one part of the political spectrum would control certain spheres,” he told the Sme daily in a story published on January 8, 2007. “So we wanted the newscast. We offered the guarantee that our person would be professionally up to the standard, and that they would make the newscast in a way it should be on public television.”

When Hreha came to work for the STV, it had a balanced budget, did not have debts and it had about Sk300 million (€9 million) on its accounts, Kollár said.

During Hreha’s term, some shows and people who made up the face of the STV were removed from the air, Kollár told The Slovak Spectator.

“I mean the cancellation of the political talk show Pod Lampou (Under the Lamp), or the sacking of its hosts Eugen Korda and Štefan Hríb,” he said.

Korda, the head of the STV news analysis department, and Hríb, the host of Pod Lampou, were the first to talk about political pressures at the STV.

After all the personnel changes this year, the news broadcast lost a massive number of viewers, Kollár said.

“The news has ceased to be interesting,” he said.

Media analyst Andrej Školkay said Hreha’s firing was the right move for the STV Council, and a brave one.

“Hreha was evidently incompetent, with a lack of vision and an inadequate character,” he told The Slovak Spectator. “There was already a bad feeling during his election. That was also visible from the immediate reactions of the STV Council members.”

Školkay said that he considered Hreha’s proposed projects, which helped him become director general, ambitious but unrealistic from the very beginning.

“I think Hreha will go down in history as a remarkable example of what happens when someone who was originally a PR lobbyist becomes the head of a big television broadcaster thanks to his own lobbying,” Školkay said.

Kollár says it is a serious mistake that people nominated by Hreha remain in high managerial posts, even after his dismissal. The broadcaster’s deputy director general, Nikolaj Savický, is the only one capable of managing the STV in a way that would not harm it until the new director general is elected, he said.

Before he came to the STV, Savický was the head analyst at Czech Television and expert on digitalisation.

“After several years, Hreha re-opened the STV to all those political-economic interest groups who just want to profit from the STV, but do not give a damn about its future,” Kollár said. “Moreover, Hreha managed to make the STV a total serf in relation to the television market, and also in relation to the public authorities.”