THE GOVERNMENT of Robert Fico hopes it has removed the last roadblock in the way of the cross-country highway that Fico promised his voters. 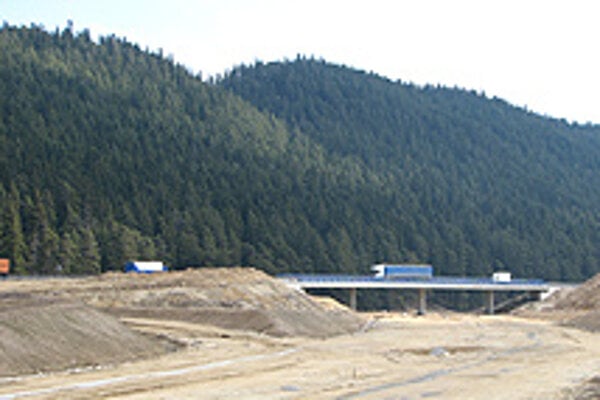 THE GOVERNMENT of Robert Fico hopes it has removed the last roadblock in the way of the cross-country highway that Fico promised his voters.

Parliament passed the controversial package of one-time special measures to speed up highway construction on December 11. The package includes tools for expropriating the land needed to complete the unfinished road sections for the highway linking the eastern and western parts of the country.

The opposition slammed the law produced by the Transportation Ministry, calling it unconstitutional, while the ruling coalition says it is confident that the land expropriations will be fair.

This was the third legislative attempt to simplify and speed up the expropriation of the land that the highway is slated to cross, but the package could still end up at the Constitutional Court, observers said.

Under the new law, the state does not need to have all the ownership rights to the land settled in order to receive a construction license. It just needs to have these rights settled by the time the construction is finished and approved.

The Transportation Ministry said that the legislation was needed so that “a billion” investments would not be stuck because of bargaining about the expropriation price.

Transportation Minister Ľubomír Vážny said that some tougher measures had to be adopted in order to meet the deadline for wrapping up the highway between Bratislava and Košice within three years, the SITA newswire wrote.

However, the ministry also said that the legislation will only pertain to the owners of the land that is needed to complete of specific motorway sections: the D1 sections from Hričovské Podhradie to Ivachnová, Jánovce to Jablonov, and Fričovce to Svinia; the R1 from Nitra West to Hronský Beňadik; the I/18 from Žilina to the southeast bypass, and Strečno to Dubná Skala; and the I/68 from Prešov West to Prešov South.

Daniel Lipšic, former justice minister and an MP for the opposition Christian Democratic Movement (KDH), said immediately after the vote that he would start collecting signatures to have the bill suspended by the Constitutional Court.

“It is the most serious intervention into ownership rights since 1989,” Lipšic told The Slovak Spectator.

The Slovak constitution allows expropriation and limiting ownership rights under specific conditions, including the provision of adequate compensation. However, this compensation must be provided before the ownership right is limited and not after the act, when changes pertaining to the land cannot be reversed, Lipšic said.

Government officials have repeatedly stated that the law is not in conflict with the constitution.

“(Government officials) have provided no counter-argument, except general declarations that the move is constitutional,” said Lipšic. “Nor have they offered any constitutional alternative.”

Lipšic said the law will have no effect, because the constitutional court will stop it from coming into force.

The only ruling coalition MP to abstain from the vote was Movement for a Democratic Slovakia (HZDS) MP and former deputy prime minister for legislation Katarína Tóthová. She agreed that the legislation goes against the country’s constitution, and said the government should have loosened its deadlines instead.

“I do not like solutions that are on the brink of violating the constitution,” Tóthová told the public service Slovak Television on December 11.

Lawyer Ernest Valko has been critical of the law since its very inception.

“We suspect that the bill includes several problematic measures that contradict the country’s constitution, and also the Declaration of Human Rights and Basic Freedoms,” Valko told The Slovak Spectator.

“The draft does not guarantee the land-owners who are involved the right to an effective correction tool and right to protection in court, or other legal protection,” Valko said in an earlier interview.

“Because the law makes it possible to issue a construction permit even for land that, at the time of issuing, is still legally owned by the original land-owners, it could happen that when the expropriation process is finished and an eventual court trial follows, lasting changes have already been made to the land, and the final decision of the construction authority or the court will not guarantee the execution of ownership rights of the owner,” Valko concluded.

The Conservative Institute, the Initiative for Just Expropriation, the Civil Conservative Party and the Institute of Economic and Social Analysis also object to the law.

The state has also decided to build 151 kilometres of highways and dual carriageways using the public-private partnership (PPP) system. The Transportation Ministry announced the PPP tender for the first package of highway sections on November 17, inviting companies and consortiums to submit their bids by January 8.

With files from Ľuba Lesná