Getting used to private equity

THE CENTRAL European region had a great year for private equity in 2007, according to a survey from Deloitte. 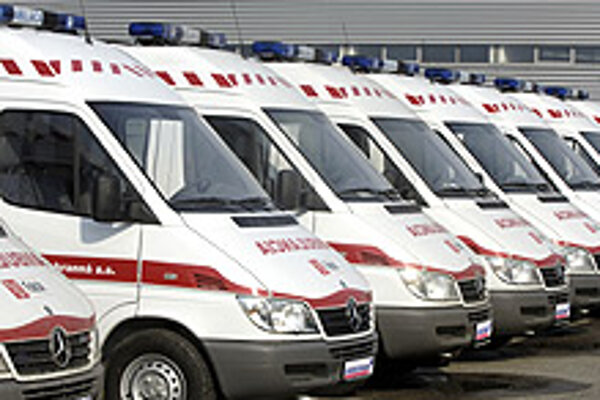 THE CENTRAL European region had a great year for private equity in 2007, according to a survey from Deloitte.

Private equity is medium- to long-term financing provided in return for an equity stake in potentially high-growth, unquoted companies. The awareness of private equity is still low in Slovakia, but professionals say developments in the region will bring this type of investment into the spotlight.

Private equity businesses have grown much faster than joint stock companies traded on the capital market, according to a different survey by Ernst & Young.

Private equity does not have a long enough history in Slovakia, either as an investment opportunity or as a source of financing, said Martin Thomay, head of the investment management division of Across Wealth Management.

Peter Gabalec, chairman of the board of directors of Slavia Capital, said he understands private equity as an effective way of investing, which brings more value to the company that is acquired.

“A private equity investor analyses and evaluates market opportunities, and with the entry of the new partner to the company, (the company’s) value increases,” he said.

Companies in Slovakia are getting more and more confident in using private equity investors for gaining finances to help them grow further, and as an alternative to taking out loans, Gabalec said.

Two types of companies are seen as prospective targets for private equity investors, Danko said. The first category is companies or branches that are in crisis, but have the potential to grow if they go through certain processes, such as rationalisation and making their operations more effective. The second category includes mature companies that are relatively successful, but their owners get “bored” with them and they have neither the capital nor the will to develop them.

“Since the state is ineffective in managing this sector, there is a huge space for creating added value,” Danko told The Slovak Spectator. “However, the disadvantage is the high political sensitivity and the legislative instability.”

Meat processing is another potential area for private equity, because the market is not consolidated enough and there is room for mergers and acquisitions that would benefit all sides in a deal, said Danko.

According to Gabalec, the energy sector, real estate and industrial branches with a low level of innovation are attractive for private equity.

“Specifically the industrial branches calling for renewal and technological improvements have the potential for investments into fixed assets,” he told The Slovak Spectator.

Thomay said Slovakia has been developing in many branches, so there is and will be enough attractive opportunities for private equity in all areas of the economy. Some particularly attractive sectors include services and tourism, real estate, industry and new technologies, he said.

“The project in general must meet the growth parameters and . . . take advantage of a gap in the market that is currently underrated,” Thomay said. “Yes, we consider Slovakia a very attractive country in terms of investments.”

There are still a whole bunch of industries in Slovakia that are being ineffectively managed and there is room for a “different approach,” Danko said. Unfortunately, the current government has been supporting solutions that favour the state’s leading role in companies, he added.

“First of all, we often encounter the rejection of changes within the firms in general,” Gabalec said. “On the other hand, the existing owners do not have enough know-how about private equity at their disposal.”

It would make no sense if the entering partners worked against the company they have entered, he added. Increasing the value of the acquired assets is one of the goals.

Thomay sees mainly legislative barriers. Slovak law does not recognise the legal definition of “limited partnership” or “limited liability partnership” as it is in developed countries, he suggested. Instead, the founder of a private equity investment fund must modify the statutes of a different type of business, such as a cooperative or a joint stock company.

But in spite of the challenges, private equity’s future looks bright in Slovakia, professionals said.

“(Slovakia became) a member of the European Union, Schengen is opening up and the country is getting close to the adoption of the euro, so a whole range of multi-national projects that will call for a private equity investor could rise in this market,” Danko said.

For example, Penta has plans for international projects in Central Europe that include a virtual mobile operator, a retail network and eventually developing health care facilities, pharmacies and betting agencies.

Gabalec said Slovakia has found a stable place in the private equity field, with its own domestic players.

“Not only surveys but also our experiences show that investors’ attention has shifted from Western Europe towards Central Europe,” Gabalec said. “Its geographical curve will be shifting to Southeastern Europe.”