May - Gumball 3000 Rally ends in Bratislava

BRATISLAVA became the finish line for the Gumball 3000 car rally for the rich and famous after a serious accident on May 2, the SITA newswire reported. 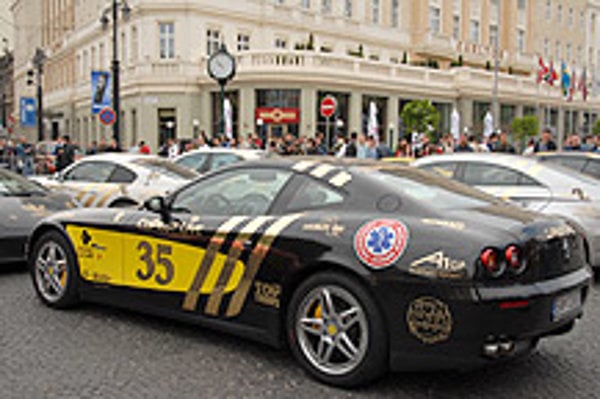 BRATISLAVA became the finish line for the Gumball 3000 car rally for the rich and famous after a serious accident on May 2, the SITA newswire reported.

The race was called off following a fatal accident in Macedonia, in which a Porsche 911 driven by Nicholas Morley and Matthew McConville from Britain hit a local Volkswagen Golf.

The Golf’s driver, 67-year-old Vladimir Cepulayoski, died from a heart attack after the crash and his wife was seriously injured. Morley and McConville were arrested and taken into custody.

“As a sign of respect we have decided that this year’s Gumball 3000 Rally will not travel any further and will end in Bratislava this evening, May 3, 2007,” Cooper said in an official statement.

“We are very saddened by what has happened and feel that it would be wrong to continue. On behalf of Gumball 3000, we once again extend our deepest sympathies to his family and we are doing everything we can for them.”

A VIP party due to take place in Bratislava’s UFO restaurant was also cancelled.

The rally began in London on April 28, and featured more than 110 cars and around 200 participants, including international celebrities such as supermodel Jodie Kidd, actor Hayden Christensen, and rappers Xzibit and Ludacris.