May - June - Not a banner summer for Bratislava fountains

FOUNTAINS in Bratislava’s Old Town were getting attention for all the wrong reasons this year. 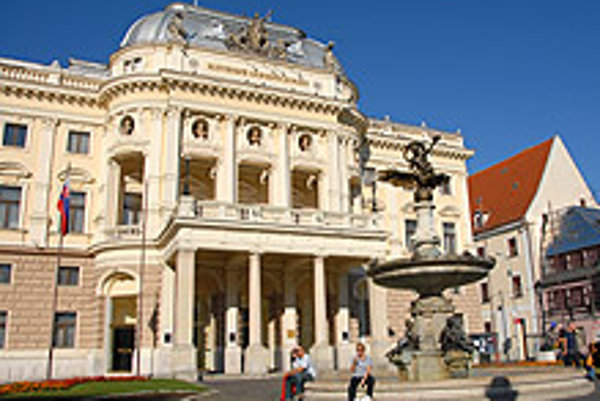 The Ganymedes Fountain has been in the news lately for all the wrong reasons. (Source: Jana Liptáková)
Font size:A-|A+0

FOUNTAINS in Bratislava’s Old Town were getting attention for all the wrong reasons this year.

Stephen Mallone, 25, arrived in Bratislava from Britain for his stag party. He was charged with disorderly conduct and spent 13 days in jail. He was released on June 7 – in time for his wedding on June 15, the Nový Čas daily wrote.

With Mallone still in Britain, the court later upheld his sentence and banned him from entering Bratislava for 18 months.

But Mallone wasn’t the last foreign tourist to run into trouble after a fountain was used for its unintended purpose. A 24-year-old French man was nabbed by Bratislava police after he used the same fountain as a urinal on July 31, Nový Čas wrote.

A nearby police camera caught him in the act, and Old Town police later tracked him down and handed him a fine of Sk1,000 (€30), metro police spokesman Peter Pleva told the newswire.

Then on September 26, four young Danes were charged with bathing naked in Roland’s Fountain in Bratislava’s Main Square in the early hours.

After the early morning skinny-dip, they ran naked through the square while their friend took pictures, the ČTK newswire wrote.