AS THE scent of buttered popcorn and cigarette smoke permeated Aupark’s Palace Cinemas, where the 9th Bratislava International Film Festival wrapped up on December 7, there was one name on everybody’s lips: Ulrich Seidl. 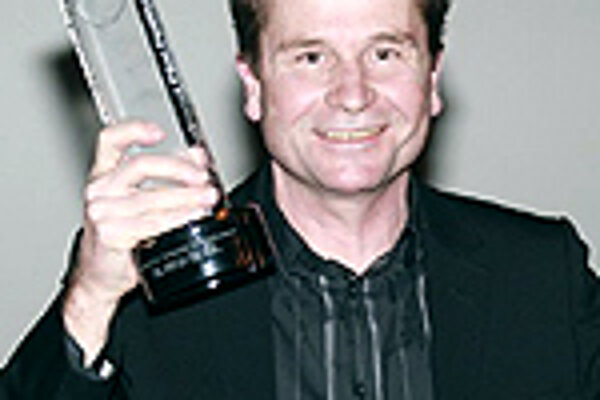 AS THE scent of buttered popcorn and cigarette smoke permeated Aupark’s Palace Cinemas, where the 9th Bratislava International Film Festival wrapped up on December 7, there was one name on everybody’s lips: Ulrich Seidl.

The Austrian director, whose career spans nearly 30 years, was on hand to receive the festival’s Award for Artistic Excellence in World Cinematography and host a retrospective of his 15 films.

Often accused of misanthropy, (an accusation which Seidl rejects) his works concentrate on what he calls “life’s big little things”, which he reveals by focusing his lens on subjects and real-life characters who straddle the fence between the worlds of the bizarre and the mundane.

The power of Seidl’s work lies in its simplicity. The outstanding Tierische Liebe (Animal Love), a delightfully shot, shocking film explores the perversity of people’s love affair with animals. From the physically violent to the sexually deviant, Seidl manages to harness a cast of real-life pet owners who together create an incredibly gruesome ensemble.

Darkly comic vignettes from the surreal and bizarre world of these characters are countered by Seidl’s beautiful camera work, creating something akin to a modern day Diane Arbus flick. The elderly male duo who fight for their Doberman’s attention (and fight with the hound in between) and the sophisticated spinster who rolls suggestively around on her silk bed sheets, writhing and stroking her white-furred wolf-dog, moaning “Do you love me?”, make for a tragically comic tale.

Yet his films are not quite documentary, a label which Seidl himself rejects. Instead, he proclaims his films offer a “staged reality”, with slow and often static camera work that creates space for his subjects to develop a rapport with the audience.

Even his first non-documentary feature Hundstage (Dog Days) is difficult to separate totally from his documentary style. It is nearly impossible to differentiate between the amateurs and the professional actors that Seidl hired for the film, and one gets the sense that, just as in his earlier films, the characters are merely playing themselves.

Seidl’s second non-documentary feature, Import/Export, was perhaps as a stylistic deviation from his earlier work, employing a slightly more conventional cinematic approach to this sad and harrowingly true story of a Ukrainian nurse traveling west and a Viennese watchman moving east in the search for a better life.

Seidl’s affinity for realism creates an instant compassion for the characters plight while his stunning composition simultaneously conveys beauty and drabness .

Some scenes are unbelievably harsh, others very comical; many are both. Sex, death, hope and humiliation play out beneath the ugly face of capitalism and the grimaces of poverty. Brutally realistic and shockingly exploitative, where comic caricatures and the starkness of life in Eastern Europe life collide, Import/Export demands to be seen.

As the credits rolled to rapturous applause, it felt slightly ironic to have just witnessed a film about Eastern Europe in Bratislava’s Aupark; myself an “exported” Westerner in a place that’s become so familiar.