WHEN VIOLIN virtuoso Boris Kucharsky, the great-nephew of Slovak national composer Eugen Suchoň, makes his debut at New York’s famed Carnegie Hall this January, part of his programme will mark the 100th anniversary of the composer’s birth. 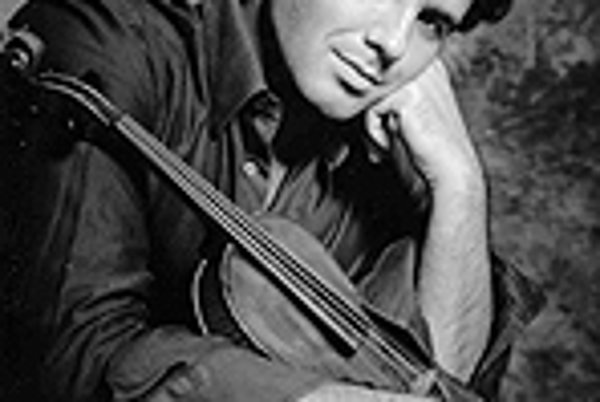 WHEN VIOLIN virtuoso Boris Kucharsky, the great-nephew of Slovak national composer Eugen Suchoň, makes his debut at New York’s famed Carnegie Hall this January, part of his programme will mark the 100th anniversary of the composer’s birth.

The concert takes place on January 11 and includes the New York premiere of Suchoň’s Sonatina, composed before the Second World War. Kucharsky will be accompanied by distinguished pianist Melissa Marse, whom he first worked with 10 years ago while studying at Yale University. He will also premiere a new piece by Robert Aldridge, a close friend and the composer of the new opera Elmer Gantry.

But for Kucharsky, this concert is really about Suchoň’s legacy.

“Suchoň is known in the West among musicians, but I’d like to introduce him to the public,” said Kucharsky, who also studied violin at the Yehudi Menuhin School in London and the Academy of Music in Cologne, Germany. “To know his music is to know the Slovak spirit.”

Born in the western town of Pezinok in 1908, Suchoň studied composition in Prague under legendary professor Vítězslav Novák. His reputation as Slovakia’s national composer is largely due to the Slovak folk motifs intricately laced throughout his music, such as the opera Krútňava (The Whirlpool), which premiered in 1949, just months after the Communist Revolution.

“Sonatina has some of those same folk melodies integrated into it,” Kucharsky told The Slovak Spectator. “It’s very melodic and romantic, and has some French elements, and then it becomes agitated, like the way you feel after running up stairs.”

Aldridge teaches at Montclair State University in New Jersey and composed Elmer Gantry, an opera based on the novel by Sinclair Lewis that received its world premiere last November at the Nashville Opera.

“That’s why Carolinian Dances fits into the programme so beautifully,” Kucharsky said. “It’s like a road trip through the Carolinas, with the sounds of bluegrass and melodies that represent the mountains. It’s very folksy.”

Kucharsky and his aunt, Lenka Suchoňová, who will be in attendance at Carnegie Hall, see the concert as a reason to celebrate, and hope it inspires.

“We’re incredibly proud of this premiere,” Kucharsky said. “And we want people to know about Suchoň, who never bowed to the regime, who knew Shostakovich and Kodály as colleagues and friends, and who represents the core of Slovak culture.”