THE COUNTRY’S antitrust authority wrapped up 2007 by slapping hefty fines on two major Slovak companies for what the Antitrust Office (PMÚ) called an abuse of their dominant position on the market and harming the competition. 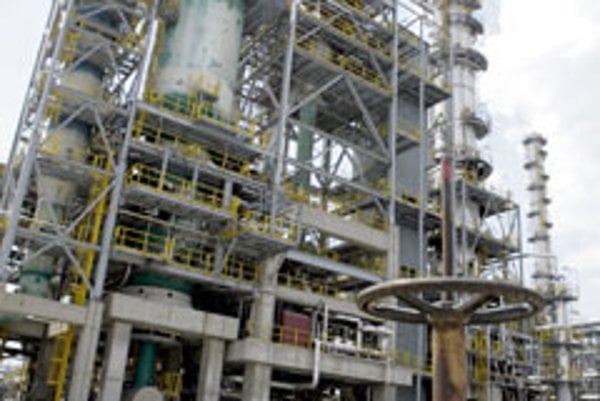 THE COUNTRY’S antitrust authority wrapped up 2007 by slapping hefty fines on two major Slovak companies for what the Antitrust Office (PMÚ) called an abuse of their dominant position on the market and harming the competition.

The companies said they did not violate any rules and they would appeal the fines.

In its ruling on December 27, the antitrust authority said Slovak Telekom earned its fine for price margin squeezing, along with packaging services in a way that pushed alternative operators into a competitive disadvantage.

Between 2004 and 2005, Slovak Telekom offered product packages that allowed customers to make a 30-minute phone call for Sk1 at a certain time, and free of charge at other times, according to a PMÚ press release.

But in August 2005, alternative phone operators entered the market. For each phone call their customers made, they had to pay interconnecting fees to Slovak Telekom, which made it impossible for them to compete with ST’s prices, according to the PMÚ.

“The way Slovak Telekom set the wholesale and retail prices created a so-called margin squeeze practice that was hostile to competition,” the PMÚ wrote in a statement.

Margin squeezing happens when a firm holding a dominant position in the upstream market prevents the downstream competition from earning an economically feasible price-cost margin and hinders them in competition.

The antitrust authority said the free calls that the company provided in product packages that were bundled with internet connections harmed the competition and locked alternative operators out of part of the market. A considerable part of the demand for telecommunications is served exclusively through Slovak Telekom, said the PMÚ.

Slovak Telekom said it would appeal the decision because the PMÚ was wrong in its findings. The authority interpreted the “margin squeeze” doctrine incorrectly, and it was not in line with the European Commission method it refers to, the company said.

“Slovak Telekom has not been squeezing the margin when providing its products,” Jana Burdová, spokeswoman of Slovak Telekom, told The Slovak Spectator.

The company decided to offer internet connections together with calling programmes based on international experience, Burdová added.

“The company was offering dial-up, ISDN and ADSL internet access along with phone services, which was a usual practice in Europe,” Burdová said.

“In many cases, the PMÚ overlooked evidence submitted by Slovak Telekom,” Burdová added.

The PMÚ has imposed some hefty fines on the company before.

Since 2001, the antitrust authority has made eight rulings on Slovak Telekom. In three cases the company successfully appealed the ruling, while in two cases the PMÚ’s decisions were overturned by the courts. In two cases Slovak Telekom paid the fine, while the last decision is not legally valid yet, the company told The Slovak Spectator.

Meanwhile, the telecom regulator, the Telecommunications Office (TÚ), has protested against some statements Slovak Telekom made after the Sk526 million fine. The TÚ said Slovak Telekom tried to give the impression that it provided its services in line with decisions that the TÚ issued in the past.

Pavol Kukura, Slovak Telekom’s vice-president for strategy, told the public service broadcaster STV on December 27 that the TÚ did not object to binding services together.

“The office ordered (Slovak Telekom) to remove the mandatory binding of access to broadband services and ADSL with phone services in a decision from June 18, 2004,” the TÚ wrote in a statement. The decision was also confirmed by a ruling of the Slovak Supreme Court, the TÚ said.

The telecom authority also said on December 28 that Slovak Telekom was misleading when it claimed that it set its retail prices in line with the authority’s methodology, because the TÚ has not yet released any regulations defining a method for calculating calling prices in relation to wholesale prices.

On January 2, the PMÚ said that Slovnaft abused its dominant position on the market by practising discriminatory discount policies.

The office found that Slovnaft failed to inform some individual customers about criteria that the oil refinery applied for providing discounts and cutting rates, the PMÚ said. Such behaviour on the part of a dominant company such as Slovnaft could have pushed some players into a competitive disadvantage, according to the PMÚ.

“On the fuel market, Slovnaft applied different discounts from the basic wholesale price list to the OMV and Shell companies from January 1, 2005 to December 31, 2005,” the PMÚ wrote in a press release. “Shell was charged a higher price for a fuel unit than OMV, even though the former had been purchasing a larger volume of fuel.”

Slovnaft denies doing any harm to market competition and rejects the claim that its discount policies discriminated against Shell.

“Slovnaft developed a special additive device for Shell, which added special components to the fuel for this company,” Slovnaft spokeswoman Kristína Félová said in a statement to The Slovak Spectator.

Slovnaft saw its expenses swelling because of the special device, which was reflected in a lower discount for Shell, Slovnaft said.

“This is how OMV was eligible for higher discounts from the basic price of 8.5 hellers per litre compared to Shell,” Slovnaft said.

Slovnaft is confident that its discount policies are in line with market principles and that the 8.5 heller per litre difference in the discounts could not have influenced price competition between the firms.

Shell refused to comment on the PMÚ decision. However, Shell spokesman Petr Šindler told The Slovak Spectator that his company has a long-term contract with Slovnaft, based on which the refinery adds selected additives to the fuel, and that Shell is paying a regular fee for the service.