A tragic end to a hike

AN AVALANCHE killed two ski alpinists on December 14 in the Western Tatras when they were hiking from Žiarska Chata cottage to the Smutné Sedlo saddleback. 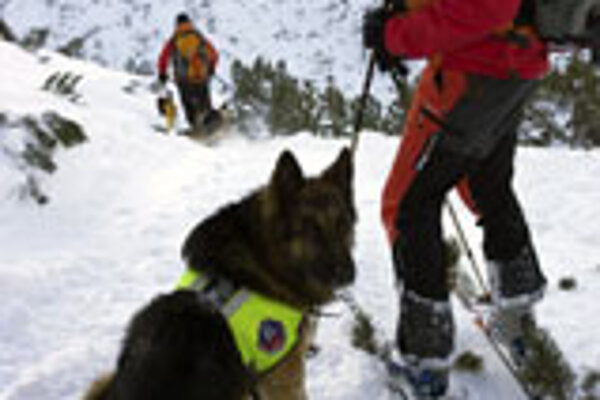 AN AVALANCHE killed two ski alpinists on December 14 in the Western Tatras when they were hiking from Žiarska Chata cottage to the Smutné Sedlo saddleback.

Even though 45-year old Július Párička from Liptovský Mikuláš and 31-year old Roman Malaga from Martin were experienced sportsmen, they underestimated the danger of avalanche and unfavourable weather in the mountains, the Sme daily wrote. At that time the Mountain Rescue Service in the High Tatras did not recommend any hikes due to the high risk of avalanches.

The private TV Markíza reported that originally four ski alpinists started the hike, but two of them returned due to the bad weather.

“On Friday, December 14, the weather was really bad,” Ján Hanáček from the Mountain Rescue Service told the daily. “The visibility was low, there was a strong wind and it was snowing heavily.“

After the men did not return from the hike before dark, 40 rescuers with six dogs started searching for them. Due to bad weather they interrupted the search during the night and continued only on Saturday morning. They found both men buried in an avalanche below the Prostredný Grúň peak. They were about 1.5 metres deep in the snow.

According to preliminary information, they did not have any visible injuries, so the likelihood is high that they suffocated under the weight of the snow.

Ski alpinist hikes in November and December are regarded as the most dangerous because of the unpredictable snow levels. Thus ski alpinists usually wait until February to start the season.