WINTER has not been able to settle down properly in Slovakia yet. Even though there is some snow in the mountains, the snow base is still relatively thin. 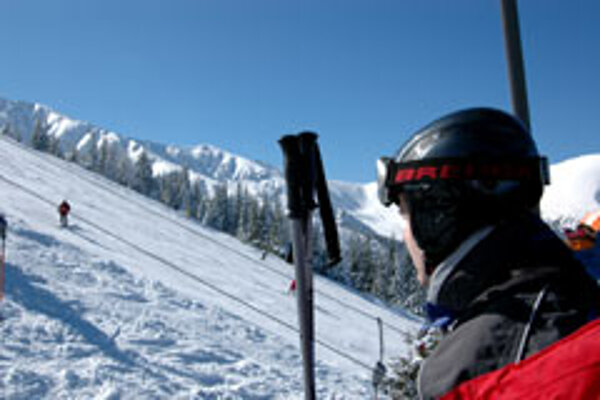 WINTER has not been able to settle down properly in Slovakia yet. Even though there is some snow in the mountains, the snow base is still relatively thin.

There is about 50 centimetres of snow at the edge of the Malá Fatra, and the Low Tatras report about 100 centimetres of natural snow. So most ski centres have to use snow machines to help them cover their slopes with snow.

During the week of January 14 to 20, there will not even be a proper frost in the country. Damp and relatively warm air will flow into Slovakia from the Atlantic Ocean, so snowfall will alternate with rain at ski resorts at altitudes up to 1,500 metres above sea level. So ski conditions will get better and worse over that period.

Temperatures should range from -2 C up to 5 C, meaning ski conditions will only improve significantly in resorts like Chopok, Lomnické Sedlo and Štrbské Pleso.

The coming week will also bring a full schedule of events. An snowboarder demonstration called Party In Da Park will officially open the rejuvenated Riders Park in Donovaly on January 19 and 20. The Paseky ski centre in Vrátna will host the international FIS competition on January 17 and 18. Many other events are on at different resorts. For more information, go to www.holidayinfo.sk or www.goski.sk.