SHORTLY after he started a successful career as a lawyer, Daniel Lipšic was offered the position of justice minister and didn’t hesitate to accept it. His experience in the Cabinet taught him that even though we don’t live in an ideal world and there will always be situations where justice doesn’t prevail, a person can make changes that give justice the room to grow. 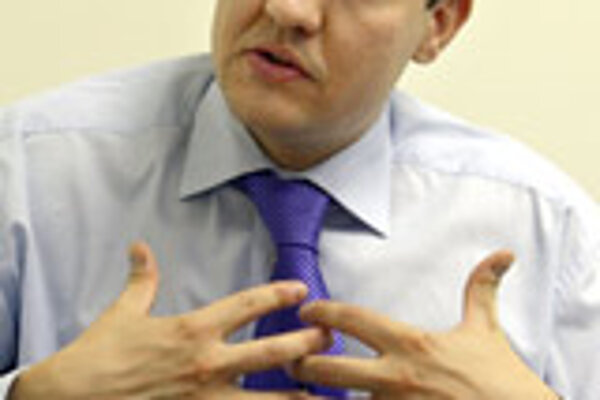 SHORTLY after he started a successful career as a lawyer, Daniel Lipšic was offered the position of justice minister and didn’t hesitate to accept it. His experience in the Cabinet taught him that even though we don’t live in an ideal world and there will always be situations where justice doesn’t prevail, a person can make changes that give justice the room to grow.

As a young teenager, Lipšic wanted to follow in the footsteps of his parents, who both worked as physicians. However, the Velvet Revolution came when he was still in high school and changed his plans completely.

“I became active in the student movement, and suddenly law seemed to be very close to the changes that were occurring after the revolution,” Lipšic explains.

It could seem like a radical shift in interests, but for him medicine and law have something in common.

“They are not mere professions, but a service – medicine to human life, and law to justice,” he says.

Lipšic graduated from Comenius University Law School in 1996. By that time he had already studied in the US – at the University of Minnesota Law School and the Georgetown University Law Center. Lipšic says the teaching method at US law schools is very different from the one used in Europe.

“It puts a much greater emphasis on analysing legal problems, rather than memorising legal rules,” he explains. “It prepares law students for their professional career in a much better way.”

Besides, he believes studying abroad is a unique learning experience in itself, because it exposes students to new teaching methods and lets them meet colleagues from other countries.

In 1998, Lipšic won the Fulbright Scholarship, which opened the door to the prestigious Harvard Law School. At Harvard, he appreciated being part of a class of lawyers from many countries, being taught by some of the world’s best law professors and making use of the world’s largest law library. He interacted with enormously talented lawyers, he says – his colleagues in the class.

“Studying at Harvard makes you more patient and humble – being a top lawyer in a small country may mean that you are only mediocre at the global level,” Lipšic says.

When he was studying at Harvard in 1998, Lipšic was offered a senior position at the Ministry of Justice by the then-minister Ján Čarnogurský. Harvard Law School agreed to let him continue his studies later, so he was free to accept the offer.

“I felt that after the Mečiar era, there was a lot of work to be done,” he says.

The justice sector was unpopular because it needed many difficult reforms that were not easy to enact. That was also the reason why he had to fight for many decisions he proposed in the Slovak political arena.

However, he says his accomplishments came from a team effort rather than a one-man show. Lipšic devoted his first months as justice minister to attracting some of the best Slovak lawyers to work for his ministry in senior positions. With a team of good experts, the most difficult responsibility he had was to make the ultimate decisions, he says.

“The most important pieces of legislation or decisions in concrete cases are usually very controversial,” he says. “And after we had a good discussion with all the pros and cons, where I was trying to listen more and to speak less, I had to make the decision and take responsibility for it – knowing that very intelligent people in my team didn’t have a unanimous position on the problem.”

Lipšic knows both the Slovak and the American university education systems from the perspective of a student. As a minister, and nowadays a member of parliament, he got to know the Slovak political and social system. His experience makes him believe that education and research at Slovak universities can be improved by introducing tuition coupled with a system of state-guaranteed loans for students. That would make the education system more socially just, he says.

“Low-income families pay for studies from their taxes, even for students from wealthy families, although their children, on average, do not make up a proportional share of university students,” Lipšic says.

When asked about long-term plans, Lipšic says they are hard to make.

“The important thing is to have an ideal goal and try to pursue it directly – with as few shortcuts as possible,” he says. “Shortcuts may seem attractive but they don’t always lead to the goal.”

His ideal goal is still to give justice the room to flourish – “and whether one does it as a minister, member of parliament, prosecutor or a judge is not so important.”