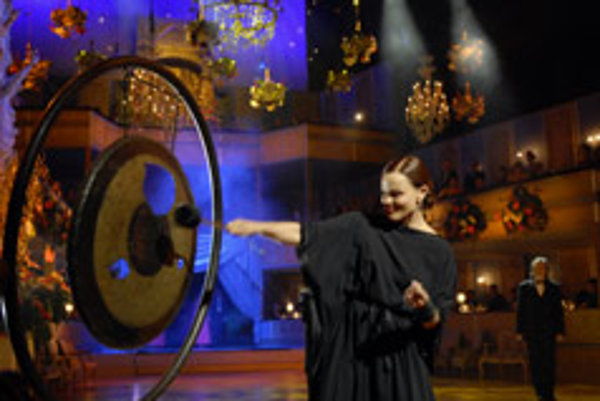 Belinda Carlisle opened the Opera Ball with a bang of a gong (Source: ČTK)
Font size:A-|A+

The king and an entourage of friends, bodyguards and Slovak hunters went hunting for pheasants in Čifáre, close to Levice. He shot about 70 pheasants, the Nový Čas daily reported.

The head of the Swedish royal family is known for his passion for hunting and is reputed to be a good shot.

Slovak hunters told the press that the Swedish king did not request any special royal treatment during the hunt.

“At the end he thanked us for the successful hunt and sang a traditional royal song,” Dušan Krajniak, the hunt organiser and the director of the local forest company in Levice, told Hospodárske Noviny.

The Swedish king was not the first foreign aristocrat to visit the local hunting ground, he added.

A foreign travel agency that organises similar hunts for prominent international clients prepared the event. According to the press, the hunt for more than 450 pheasants cost about Sk250,000 (Ř7,500).

The royal visit was a big surprise for local hunters. They were told about the king’s arrival only a few days before the event itself.

The Swedish king did not meet with any official representatives of Slovakia and his stay in the country was highly private.