THE PAST few summers in Bratislava have seen performances by some world-class music stars, whose arrival usually marks the start of the city’s Cultural Summer arts cycle. 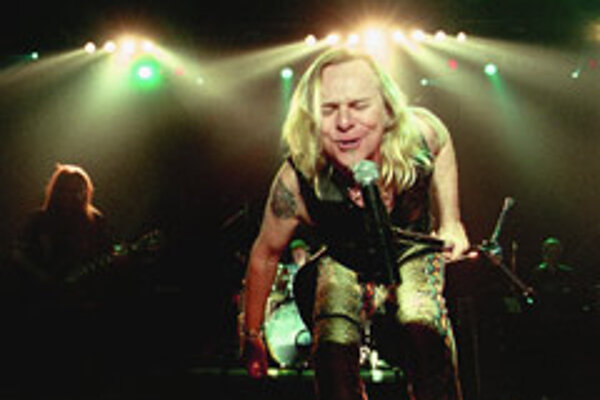 THE PAST few summers in Bratislava have seen performances by some world-class music stars, whose arrival usually marks the start of the city’s Cultural Summer arts cycle.

But this year, the stars aren’t waiting. A number of top performers are swinging through the city over the next four months.

Buena Vista Live is a Cuban group that takes its name from the famous Buena Vista Social Club, which took the world by storm several years ago. Their style is Caribbean sun music, rumba, chachachá and salsa. The performers include singer Alberto Fernandéz, who sang with Buena Vista legend Ibrahim Ferrer; renowned vocalist Teresa García Caturla; and Yanko Pizaco, who plays trumpet in the Afro-Cuban All Stars. Their performance is at the Sibamac Arena on February 4 at 19:00.

If attendance at Bratislava’s swanky Cuban restaurant, Malecón, is any reflection of the popularity of Cuba music here, then tickets for Buena Vista Live will be hard to come by.

On March 28, British rock band Uriah Heep make their way to Bratislava’s Divadlo Aréna. Though their style is something of an acquired taste, according to some music critics, the band has maintained a devoted European fan base for its melodic rock sound and pure persistence.

Since the release of Heep’s first album, Very ‘eavy ... Very ‘umble, in 1970, the group has endured numerous personnel changes due to health problems, artistic differences and deaths. It almost folded all together in 1976, but revived its hard rock roots, becoming the first such western band to perform in Moscow, in 1987. Last January, the group penned a new, exclusive deal with Sanctuary Records to put out its twenty-first studio album.

The Gipsy Kings will take the stage of Bratislava’s Pasienky sports hall on April 25 and Košice’s Cassosport sports hall on April 26. Based in France, the group is made up of two sets of brothers whose parents fled from Spain during the Spanish Civil War. Their music is described as flamenco rumba due to its blend of Latin beats and gypsy flamenco guitar. Their greatest hits include Bomboleo and Volare, a cover of the classic Italian tune.

The Gipsy Kings have won an international following for what the Daily Telegraph calls their “infectious blend of ailing and strumming ... evocative of poolsides and paella”.

For those who prefer something more classical, the Slovak National Theatre (SND) Opera is premiering Modest Mussorgsky’s Boris Godunov on the weekend of April 25. The opera is an epic work based on Alexander Pushkin’s play about the tsar who ruled Russia from 1598 to 1605.

Some historians believe Godunov seized power by poisoning Ivan the Terrible, and even ordered the murder of Ivan’s 10-year-old son, Dmitri. Mussorgsky delves deep into Gudonov’s psychology, creating what many believe is the most well-drawn character in all of opera.

Godunov is directed by Marián Chudovský, former director of the SND Opera, and stars Peter Mikuláš and István Rácz, who will alternate the title role.

The SND had cast tenor Sergej Larin in the role of Grigori, an ambitious monk who plans to take over the country, but Larin passed away on January 13 after a long illness. He was 51.

An internationally renowned tenor of Latvian extraction, Larin would have added stylistic and historical authenticity to the production. His presence at the SND will be missed.

On May 17, the Sibamac Arena will host UK-born American performer Bobby McFerrin. A ten-time Grammy Award winner, McFerrin is known for his contributions as a conductor, singer and music educator. His 1988 hit Don’t Worry, Be Happy won the Grammy for Best Song of the Year and his recordings have sold over 20 million copies.

McFerrin has collaborated with artists from both the classical and jazz worlds, including cellist Yo-Yo Ma, jazz legend Chick Corea, the Vienna Philharmonic and jazz pianist Herbie Hancock. He reportedly has a four-octave vocal range, and has studied overtone singing - producing two or more audible notes at a time - with Tibetan monks.

As a conductor, Bobby has worked with the New York Philharmonic, the Cleveland Orchestra, the Chicago Symphony, the Philadelphia Orchestra and the Vienna Philharmonic.

“Bobby McFerrin’s greatest gift to his audience,” the Los Angeles Times wrote in a review of one of his concerts, “may be changing them from spectators into celebrants and transforming a concert hall into a playground, a village center, a joyous space”.

On June 4, the SND stages its last premiere of the 2007/2008 season, Christoph Willibald Gluck’s Orfeo ed Euridice. The work is often referred to as a “reform opera” because of its simple story and straightforward melodies, which was Gluck’s reaction to the convoluted plots of opera seria. Therefore, it has the lightness of Mozart (who was a contemporary of Gluck’s) and recognizable melodies, such as Orfeo’s aria Che faró?

Orfeo ed Euridice will be directed by Mariusz Treliński, a Polish film, opera and theatre director who has staged productions at the Grand Thatre in Warsaw and the Washington Opera in the United States.

“I came to the opera from the outside,” Treliński told Poland’s Kaleidoscope magazine in 2002. “I had two objectives: to destroy the inherent sentimentalism and the kitsch aesthetics that dominated it, and above all to open this creative form to contemporary times, to give it the dynamic and temperature of our times.”

No announcement has been made yet on which SND soloists will star in the production.