THE NON-GOVERNMENTAL sector in Slovakia has come a long way over the past 15 years. After some growing pains, the organisations, associations and societies have become more transparent and more focused on society's needs. 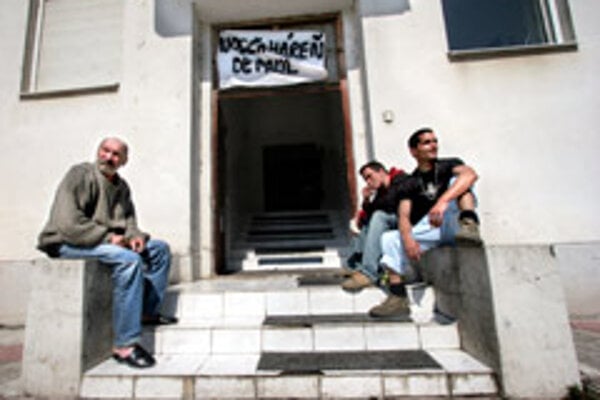 THE NON-GOVERNMENTAL sector in Slovakia has come a long way over the past 15 years. After some growing pains, the organisations, associations and societies have become more transparent and more focused on society's needs.

"Over the past 15 years, the sector has made incredible progress," Lenka Surotchak, director of the Pontis Foundation, told The Slovak Spectator. "It is more focused and it has been solving more complex problems that correspond to the needs of communities."

But the NGOs operating in Slovakia still complain about some legislative hurdles that make it more complicated for them to operate. At the same time, the organisations and activists also say that they need to improve their communication with the general public, and their cooperation with the business sector.

One of the largest challenges that the NGOs are currently facing is the revision to the law on civil societies crafted by the Interior Ministry, said Peter Medveď, director of Ekopolis.

In December, the ministry drafted legislation that would replace the law on civic associations from 1990.

Experts and activists from the non-governmental sector have rejected the legislation. They have been engaged in the review process, and they have already submitted a petition signed by more than 4,000 people, Konrádová said.

There are several parts to the proposed law that could hurt the societies, Konrádová said. For example, the law limits groups to performing activities that benefit their own members, not people or causes outside of the organisation.

She also listed the mandatory annual reports, audits for all public resources, and a ban on any involvement in commercial or profit-oriented activities for NGOs.

The revision robs the associations of the income they need to cover their activities - such as cafes that employ people with disabilities, or shops that sell small products from protected workrooms, she added.

"In general, the new law on societies is based on a presumption of distrust towards the NGO sector," Konrádová added.

The legislation lacks a definition of a volunteer and voluntary service, according to Konrádová. There are also problems in the area of insurance, as well as in reimbursing travel expenses and other expenses related to the voluntary services, plus payments to the social and health insurers, she added.

Jaroslav Šipoš of the Proti Prúdu (Against the Current) organisation agrees that the draft law on associations, along with the draft law on social services, is one of the greatest legislative barriers hindering NGOs' work. The duties that must be fulfilled during the establishment of different social services have not been clearly specified either, he said.

"Currently, there is a trend on part of the state to limit the participation of the public in the administration of public affairs," Medveď told The Slovak Spectator.

The non-governmental and non-profit sector will face long-term challenges in keeping up its role as a check on state power, by acting as a watchdog and taking a public advocacy role, he added.

However, there are also areas where the NGOs need to improve too, experts say. Among them are financial sustainability and increasing the sector's credibility in the eyes of the public.

"We need to find new ways of communicating our activities, the results of our work and its impact, to the media and the public," Surotchak of the Pontis Foundation told The Slovak Spectator.

The NGOs also need to try harder to convince government representatives of the benefits of having an effective dialogue with the NGO sector, she said. Such a dialogue already exists between organisations working in development aid and the Foreign Affairs Ministry, she said, which helps to increase Slovakia's prestige abroad.

Surotchak still sees a lot of room for cooperation between the NGO sector and the business sector. That could include attracting businesspeople to join NGOs' supervisory boards and commissions, or to work with them as volunteers.

"There is huge room for improvement in the area of long-term strategic planning, financial management and technical skills," she added.

Financial limitations push the issue of building expertise within the NGOs down the list of priorities, Konrádová said. But it is exactly this expertise that can improve an NGO's image in the eyes of potential sponsors.

Scientific research and high-quality education at all levels should also be on the agenda, she said.

"In this area, foundations lack the funds to invest in research - for example, in the area of diseases," Konrádová said. "They only have limited resources, such as the Liga Proti Rakovine (League Against Cancer) organisation."

The sector is also going through some growing pains related to its low self-confidence, said Šipoš. NGOs need to feel confident enough to publicise their activities, so that people have the opportunity to decide whether they want to participate.

However, public perception also depends on which sector an NGO is involved in, according to Medveď.

"NGOs active in the area of helping people in need are generally more acknowledged and have a more positive reputation, while green organisations face more prejudice," Medveď told The Slovak Spectator. "One reason is the nature of the complicated answers to environmental problems, but also the fact that environmental protection is not always compatible with economic interests."

The NGO sector in Slovakia is generally transparent, Medveď said. Both sides - the donors and the state - have strong legislative tools for controlling the flow of finances, and especially public funds.

"Each NGO carries a responsibility towards its donors, and when it fails or ruins its credibility, the situation gets very complicated," he added.

Konrádová said she is in favour of self-regulatory mechanisms for NGOs, rather than laws and regulations.

Over the past 18 years, NGOs have became an inseparable part of society, fulfilling different roles that are unique and irreplaceable, she added.