LANDSLIDES in Indonesia that have forced tens of thousands from their homes; the bloodshed in Kenya; and drought, AIDS and economic meltdown in Zimbabwe have all rung the alarm of international humanitarian organisations. 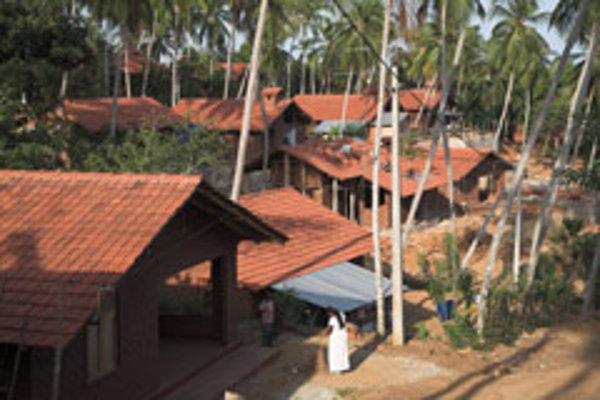 LANDSLIDES in Indonesia that have forced tens of thousands from their homes; the bloodshed in Kenya; and drought, AIDS and economic meltdown in Zimbabwe have all rung the alarm of international humanitarian organisations.

A suffering Iraq, struggling with the democratisation process, or countries of the former Soviet Union trying to build and strengthen their civil societies, hunger for the assistance of NGOs from regions that have accumulated the know-how of democratic change.

Small countries like Slovakia, which for many is still invisible on the map, can also play their part in these processes by helping regions that are more frequently at the centre of the world's attention. Though some argue that Slovakia does not have the coffers to finance large projects, activities of some Slovak NGOs have shown that with Slovak know-how and assistance, they can reach out to even the remotest regions.

Slovak NGOs are active mainly in the Balkans, Ukraine and Belarus, due to their geographical and cultural proximity, said Nora Beňáková, director of the People in Peril organisation. Other regions are Africa, mainly Kenya and Sudan, where NGOs are active in social and health projects, she added.

"When Slovak organisations receive financial assistance, they are able to run useful projects even in countries like Afghanistan or Sudan," told Beňáková.

As for the advantage of Slovak NGOs, Beňáková said that these are smaller and more flexible and thus they can make prompter decisions than western NGOs can while not having such high administrative costs.

"Several Slovak organisations have proved that they are capable of organising health-related projects, the participation of Slovak physicians in troubled regions, or they are able to manage the distribution of material health with the assistance of Slovak field workers," Beňáková told The Slovak Spectator.

They are also able to execute construction projects such as the renewal of settlements and schools, she added.

The most significant projects that People in Peril runs outside Slovakia is the construction of a Slovak village in Sri Lanka, as a form of help for families after the tsunami and also projects that educate women in Afghanistan in order to return them into social and economic life.

The Pontis Foundation cooperates with People in Peril by supporting the families of Cuban political prisoners.

However, Lenka Surotchak, Director of the Pontis Foundation also said that for Slovak NGOs, countries in need of developmental help, such as the Balkans, Belarus, Ukraine and Moldavia, are also a top priority.

"Slovakia lived through the years of communism; has been through a complicated transformation process; has significant know-how of this stage of building a civil society," she said. "It also has experience integrating into the European Union and NATO, which these countries desire."

The Pontis Foundation has been working with Belarus analysts on alternative reform scenarios and training Serbian NGOs in managerial skills, presentation, project management, and cooperation between sectors. In Serbia, Pontis also worked with the country's parliament by passing on Slovakia's know-how from the process of European Union integration.

Juraj Barát, advisor to Caritas Slovakia - Slovak Catholic Charity (SKCH) is confident that small countries and smaller organisations can also make a difference while each form of help has its strengths and weaknesses.

Small organisations are also able to unite and coordinate cooperation, he added.

"We have the experience that people from smaller NGOs are willing to make more sacrifices, which is necessary to overcome problems continuously emerging during our work," he told The Slovak Spectator. "This is Slovakia's path, in my opinion."

Caritas Slovakia has been involved in long-distance adoption of children in India and Albania, assisting a hospital in Kenya and providing humanitarian help.

It is such a pity that the Slovak developmental help has not discovered the poor countries of Latin America yet, he added.

According to Beňáková, the regions in most urgent need are the poorest countries in Africa, and unstable countries such as Afghanistan and the all of the Middle East.

Magna - Children in Risk runs a humanitarian project aimed at helping the tsunami victims in Tamil Nadu in India, which is one of the most important projects of a Slovak NGO in India.

The south-eastern state of Tamil Nadu was the most severely affected region in mainland India, which was the third-worst affected country. Most of the 10,000 victims were women and children. Over 140,000 people have been displaced and live in relief centres. About 985,000 people have been affected, the Indian government estimates.

Magna helped to construct community and educational centres and secured education for affected children in villages in South India. The organisation also ran sewing courses and a micro-credit programme for women from the affected regions. Magna has Slovak coordinators working in India and the NGO cooperates with local organisations New Light and the Yuva Kendra state institution.

Interest in humanitarian problems of the world has increased in the post-communist countries, but the population still needs more awareness, said Patrícia Koštová of Magna.