INVESTOR HB Reavis demolished historical industrial buildings in Bratislava without a permit after concluding they posed a danger to the neighbourhood, the Sme daily wrote. 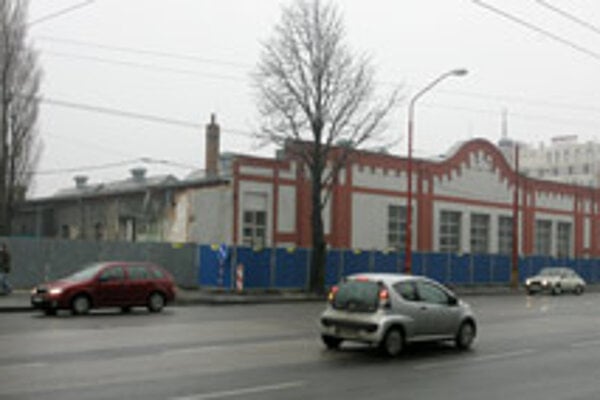 This industrial building which was a precious national landmark, was recently demolished without a permit. (Source: Sme - Peter Žákovič)
Font size:A-|A+

INVESTOR HB Reavis demolished historical industrial buildings in Bratislava without a permit after concluding they posed a danger to the neighbourhood, the Sme daily wrote.

The buildings, known as the former Kablo, were part of the oldest industrial zone in Bratislava. HB Reavis removed them to make space for its Twin City project.

The demolition occurred on January 12. Ivan Bútora, a deputy of the district office who has been observing the situation, called the police.

"The buildings were proposed to become national cultural monuments. It is industrial architecture from the end of the 19th century, which might have been designed by the Feigler construction company," Bútora told the daily.

Bútora thinks that a department of construction police could have prevented the demolition. Neither the state nor city police has the authority to do this, he said.

"The investor mentioned other buildings during its previous, permitted demolitions," Alena Kopřivová, spokesperson of the Old Town office, told the daily. "They informed us about this, but I cannot say from our point of view that everything was right."

HB Reavis used the bad condition of the buildings as the reason for the demolition because current legislation allows a builder to forgo permission if a building poses a danger to its neighbourhood. In such a situation, informing the local office is considered enough warning.

The local office will decide whether HB Reavis has violated the law and whether it will be fined. If found guilty, the highest possible fine is Sk2 million (€5,900). Investments in the Twin City project, described as the most expensive project in Slovakia, is estimated at Sk17 billion (€0.5 billion).

Neither activist Katarína Šimončičová or Bútora believe the buildings posed a danger to their neighbourhood.

"The company was still in the buildings as of December," Šimončičová said. "The demolition itself is probably what made them unstable."

She added that people from the Monuments Board had visited the buildings in the summer and concluded that they were in good shape.

Bútora and Šimončičová criticize HB Reavis for not securing the buildings against damage as the Monuments Board ordered it to, and for proceeding with the demolition before a decision from the Culture Ministry had been reached.