THERE IS not a lot of Canadian direct investment in Slovakia, and it is usually not even seen as Canadian. 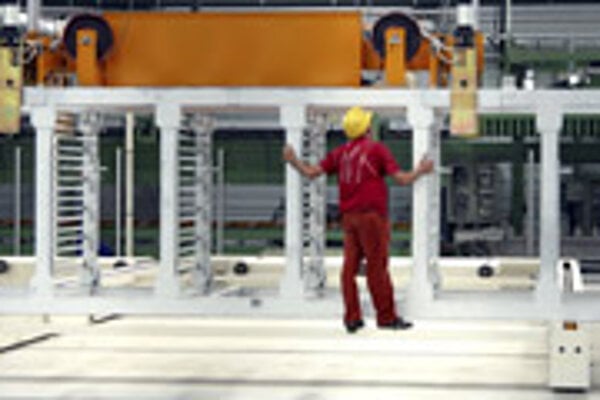 THERE IS not a lot of Canadian direct investment in Slovakia, and it is usually not even seen as Canadian.

Companies from Canada often invest in Slovakia through their European divisions and partners, said the president of the Canadian Chamber of Commerce, Henry Silva. Those investors include TriGranit, which built the Polus Centre in Bratislava; Magna Slovteca, which produces auto parts in Nové Mesto nad Váhom; and Alcan in Levice, which started producing aluminum products in 2007. There are also dozens of small companies with Canadian partnerships, mostly in services, consulting or real estate, he added.

"Lots of Canadians who came here have invested through their sister companies under a different name, and one rarely sees Canada as the head investor," Silva told The Slovak Spectator.

However, both the Canadian Embassy and the Canadian Chamber of Commerce said that Canadian businesses have not yet made the most of Slovakia's potential as a business destination. That potential mainly lies in its burgeoning automotive sector, advantageous tax system and improving roads.

"The flat rate tax is still a very powerful tool," said Silva. "Slovakia is considered a tiger of Eastern Europe. The infrastructure is getting better and the land is still cheaper than in most parts of the world."

The promising development is in outsourcing, where Slovak professionals work remotely for Canadian companies, Silva told The Slovak Spectator.

"With modern communication technologies, there is no problem for local specialists in Slovakia to send their work in electronic form to Canada at the end of the day," Silva told The Slovak Spectator.

One example is local Slovak architects making designs for Canadian architects and builders for projects worldwide, Silva said. Similarly, there is high demand for such distance work by local design engineers who can design parts for the automotive and aerospace industries.

"The substantial improvement of business conditions in Slovakia - for example, infrastructure, and the transparent and consistent application of rules and regulations - is also helping trade to grow," he said.

The chamber has been working on attracting Canadian investment to Slovakia and presenting what Slovakia can offer, Silva said. It has been trying to present the pros and cons of investing in Slovakia.

"The idea is to bring many Canadian investors to Central Europe," he explained.

The most promising areas for Canadian investors are the environment, food and agriculture products, construction materials and services, aviation, information technologies and telecommunications, Silva said.

Alcan Extruded Products, a business unit of Canadian-based Alcan Engineered Products, laid the cornerstone of its new aluminium extrusion plant in Slovakia in July 2006 in the industrial zone in Levice. The plant was opened in May 2007.

"The planned production capacity is 25,000 tonnes of aluminium castings, but is expected to take three or four years to reach such a volume, based on experience," Alcan Extruded Products President Reinhard Fleer said at the factory's opening.

Behind Insemas, a private artificial insemination centre for cattle, stands the Canadian company Semex-Alliance, a leader in the field of genetics. Insemas was established in Lučenec in 1991. The company has about a 40-percent share on the market.

Corinex, an IT and communications systems company based in Vancouver, has been operating on the Slovak market for more than 15 years. Corinex Co-operative is the oldest of the Corinex group companies. Its core business activities are focused on data transfer devices.

The company is active mainly in the Central European real estate market, including Slovakia. During its more than 10 years on the Slovak market, TriGranit has invested more than €144 million in Slovakia, mainly in Bratislava.

The company's latest project is Lakeside Park, the first phase of which should be finished by the first quarter of 2008. The entire complex, which will span approximately 88,000 square metres of office space, will be completed by 2013.